(ANSA)- Milan, February 11 - Police in Milan province and elsewhere in Italy arrested a number of suspected people smugglers Wednesday who charged Eritreans up to 1300 euros to enter Italy illegally en route to 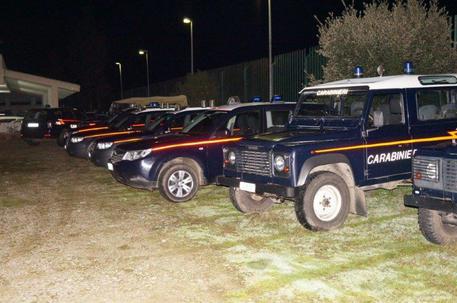 Eritreans paid from 250 euros to as much as 1300 be passed through Italy on their way to Milan after landing in Sicily with final destination Germany, France or Sweden, police sources said.
The Africans could be obliged to wait for weeks along the way before receiving a ride in a van or a false passport and air ticket, the sources said.

As many as 25 arrest warrants were being carried out by the Milan flying squad with at least 14 people arrested while fake documents were forged in Athens and then sent to Milan.

The probe began in September 2013 after a car with five Eritreans aboard was intercepted in Monza heading for the frontier.
A Brazilian at the wheel of the car provided important details to start the inquiry into the network, said the sources.