Former Prime Minister Lawrence Gonzi this morning urged all EU member states to show real solidarity on the issue of migration, helping countries like Malta and Italy, which are facing the brunt of this phenomenon. Speaking 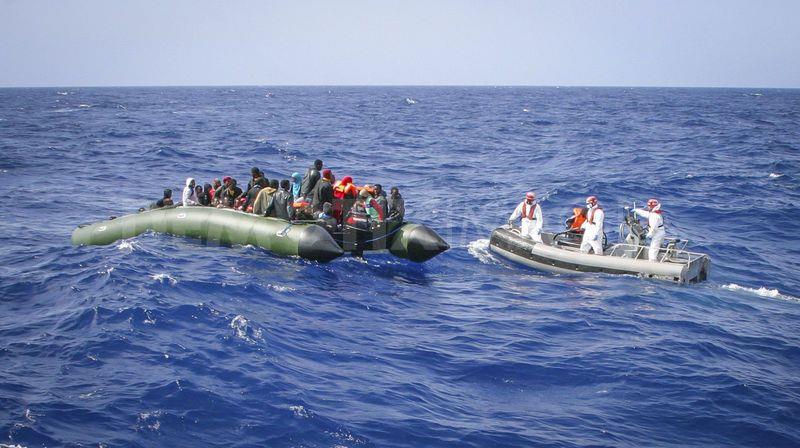 Former Prime Minister Lawrence Gonzi this morning urged all EU member states to show real solidarity on the issue of migration, helping countries like Malta and Italy, which are facing the brunt of this phenomenon.

Speaking at a meeting of the European Parliament’s Civil Liberties, Justice and Home Affairs Committee, Dr Gonzi said Malta has constantly argued that this issue challenges the very core of our values both as Europeans and more importantly as a community that respects the dignity and the value of every single human being.

“It is for this very reason that Malta continues to insist that the challenges posed by irregular migration are not challenges that pertain exclusively to those countries that find themselves on the frontline of this humanitarian crisis.

“Malta, Italy and some other Mediterranean Member States share between them the harsh and terrible reality of having to provide the first support for thousands of human beings who land on our shores. But this inevitability – derived from the fact that our countries are strategically located in the middle of the major human trafficking routes – does not and should not exonerate those other member states who are physically distant from the human tragedies that we have to witness practically every day of the week.

“My first point to you, therefore, is intended to emphasise the fact that the irregular migration challenge must be owned by all member states without any exception – which means that everyone must shoulder and share the responsibility to provide adequate and fair solutions. This is a position that I know has been shared by the European Parliament and to a certain extent the European Commission. Unfortunately, however, this position has not been shared by all Member States, some of whom continue to retain a very rigid negative position. Designing a coherent, effective and holistic EU approach on migration will only be possible if this first hurdle is overcome.”

The former Prime Minister said Malta, like most of its Mediterranean neighbours, has faced and continues to face a predominantly humanitarian migration challenge. “I emphasise the word “humanitarian” because I have always felt very strongly that any national or EU policy dealing with migration should differentiate between irregular migrants fleeing from torture as against irregular migrants who are seeking a better economic future for themselves and their families. Of course, both are “irregular migrants” but both present us with very different challenges and therefore require different solutions. I raise this point because I have consistently faced this convenient political response to our pleas for burden sharing. For those who want to argue that burden sharing is politically unacceptable, it is so convenient to quote statistics which do not distinguish between the genuine humanitarian “refugee” on the one hand and the economic migrant (also genuine) who enters into a country illegally to seek work and send money to his family back home.

“I emphasise that both categories require adequate policy solutions. But from my perspective the impact of irregular migration within a strictly humanitarian context is much more demanding and a lot more urgent.

“Malta is one of the Member States with the highest rate of asylum applicants per inhabitant and also with one of the highest rates of approved applications for full refugee status. The reason is simple : the vast majority of those landing on our shores (nearly 90%) come from Eritrea and Somalia.

“In this past decade we have received 18,000 irregular migrants.  Considering the fact that our island’s population is 400,000 this would mean the equivalent of 2.5 million people arriving in Britain.”

Dr Gonzi said all of the migrants were victims of horrific events taking place in their own countries, some were victims of war, others were victims of extreme poverty, – in all cases it was a humanitarian crisis which demanded a European and not just a Maltese response. “This is why throughout my tenure as Prime Minister I have argued and I continue to argue that a fair sharing of responsibility and solidarity with Member States like Malta must be a central pillar of an effective, humane and realistic migration policy. Without this aspect any new migration policy will not work.

Having a holistic approach to migration necessarily includes tackling a number of specific issues including the root causes and the situation in crisis areas, the fight against human trafficking, the development and implementation of effective integration policies, the availability of legal migration options, the EU return policies, the availability of adequate resources for the EU Agencies such as EASO, EUROPOL and FRONTEX.”

The former PM said he personally placed a lot of importance on two specific aspects.

“The first deals with how best to save lives in the Mediterranean. Saving lives at sea is something that Malta has become somewhat of an expert on. But it is never enough. People are still drowning on our doorstep notwithstanding all the efforts that we have put into this humanitarian task. Allow me therefore to reaffirm the importance of FRONTEX as the life-saving arm of the European Union within the Mediterranean Sea. As such this agency should be able to receive all the necessary financial and logistical support for it to carry out its mission.

“Of course, clear rules of engagement and operational guidelines are an absolute necessity. I hope I will never again have to witness bickering about operational rules that make life more difficult for those saved at sea because the Master of the vessel that saved them is forced to go to a port of call which is hundreds of nautical miles away, instead of going to the closest safe port of call as common sense dictates.

“The second and final aspect which I would like to share with you deals with the mechanisms for repatriation of failed asylum seekers – in other words those who have no claim to remain in the EU. In these cases it is necessary to quickly process and return irregular migrants claiming from safe third countries, while always ensuring full respect for the principle of non-refoulement.

“For most of you, this might sound obvious and possibly uncontentious. You will surely be surprised to know that this has also been a challenge throughout my tenure as Prime Minister. For some strange and unfathomable reason even this simple solution has been difficult to implement. Returning individuals to a safe third country requires valid travel documents especially when having to travel via an international airport. I assure you that this is not as easy as one is led to believe.

“I have always believed that a coordinated effort at EU level could allow for the sharing of resources such as the use of military planes to repatriate individuals to safe third countries when a country such as Malta lacks the resources to do so itself.

“Of course, some of these efforts hit a brick wall when such safe third countries refuse to cooperate.

“In this regard Malta has often drawn the attention of its EU partners to what is known as the Cotonou Agreement which offers a certain level of leverage that can be used in order to persuade countries to cooperate. It seems, however, that there is some reluctance at EU levels to resort to this measure which could address one aspect of this challenge and that might persuade our citizens that those who are not entitled to protection and who are not in danger, are in fact returned to their country of origin.”

Dr Gonzi urged the committee to proceed with a sense of urgency. “The situation in the Mediterranean is becoming worse by the hour. The crisis in Lybia and the political instability in that country is proving to be a source of major concern for all of the southern European Member States. This is compounded by the horrific news we receive every day about what is happening in Syria, in Southern Iraq, in Yemen.

“The writing is on the wall. Already we are having to cope with an unprecedented increase in the number of refugees landing on our shores. Clearly, unless a coordinated approach is available placing this issue at the highest point of our political agenda, we face the danger of increased social unrest compounded by a disillusionment in what the Union is supposed to represent. “