One thousand rescued migrants mainly from Eritrea disembark in Sicily

Migrants rescued in on-going operations brought safely to port in Sicily The Italian Naval vessel Spica, carrying 992 rescued migrants, dropped anchor just outside the small southern Sicilian port of Pozzallo on over the weekend. This shipload, 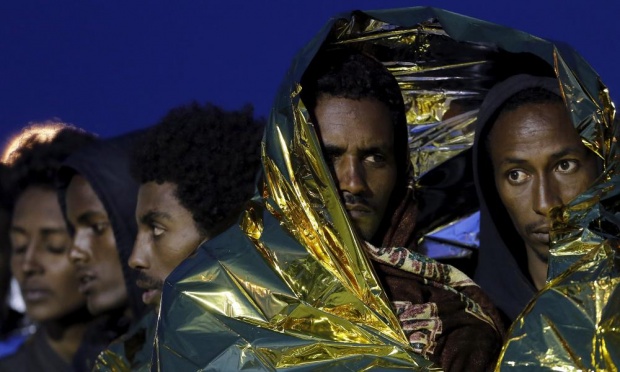 The Italian Naval vessel Spica, carrying 992 rescued migrants, dropped anchor just outside the small southern Sicilian port of Pozzallo on over the weekend.

This shipload, including about 200 minors and mostly made up by Eritreans, was part of the more than 4,200 migrants trying to reach Europe that were rescued from boats in the Mediterranean in only 24 hours. Tug boats were brought in to take the migrants to land in smaller groups. Emergency workers were standing by on the quayside to help the migrants and distribute food and water.

Migrants escaping war and poverty in Africa and the Middle East this year have been pouring into Italy, which has been bearing the brunt of Mediterranean rescue operations. Most depart from the coast of Libya, which has descended into anarchy since Western powers backed a 2011 revolt that ousted Muammar Gaddafi.