Newlyweds among 32 Christians arrested in Eritrea in fresh crackdown

Eritrean police have arrested 32 Christians in the country's capital, Asmara, this month, including a newly married couple and 10 of their guests, according to World Watch Monitor (WWM). Twenty were arrested last Sunday, March 25, all of 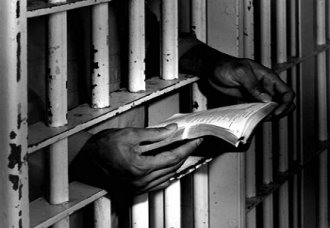 Eritrean police have arrested 32 Christians in the country’s capital, Asmara, this month, including a newly married couple and 10 of their guests, according to World Watch Monitor (WWM).

Twenty were arrested last Sunday, March 25, all of whom remain in detention, WWM said.

The newly married man and two of his guests are reportedly being held in a prison north of the city.

The newlyweds and 10 guests were arrested at the couple’s home on March 5, a local source told WWM.

Ten friends were reportedly visiting the couple for a traditional coffee ceremony to welcome the bride when the local security officers forced their way into the house and arrested all 12 people there and took them to a police station.

The authorities released eight of the group two days later, after they presented valid travel IDs.

But WWM said that the four remaining Christians, including the newlyweds, were moved to Adi Abeito Prison, north of Asmara. A source told WWM that the newlywed couple was split up after the arrest and the bride was released on Tuesday (March 29).

The UN Human Rights Council recently condemned Eritrea’s human rights record. Kate Gilmore, the UN’s Deputy High Commissioner for Human Rights, said that over 100 people were arrested in Eritrea in 2017 for practising religions not officially recognised by the state.

Meanwhile, a monitoring group for the UN, United Nations Watch, said ‘thousands’ of Christians are also facing detention as ‘religious freedom continue[s] to be denied in Eritrea’.

Eritrea is sixth on Open Doors International’s 2018 World Watch List of the 50 countries in which it is most difficult to live as a Christian.

In 2002, the government introduced a law prohibiting Christian practice outside the Orthodox, Catholic and evangelical Lutheran denominations, as well as Sunni Islam.