Be aware of the circumstance of forcibly returned Eritreans, stay tuned to what happens to them in Israel.

Mr. Chairman: To be  aware of the circumstance of forcibly returned Eritreans, stay tuned to what happens to them in Israel. I was delighted to hear the foreign affairs subcommittee hearing: Eitrea: A neglected regional threat, 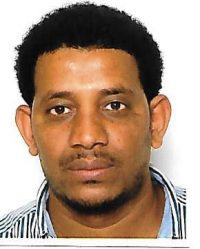 Mr. Chairman: To be  aware of the circumstance of forcibly returned Eritreans, stay tuned to what happens to them in Israel.

I was delighted to hear the foreign affairs subcommittee hearing: Eitrea: A neglected regional threat, hold on September 14, 2016. Not for its prospect to improve relationship with the US, but just for the record. At the hearing, the state representatives correctly presented the state of affairs of Eritrea, and the reason why 5000 Eritreans are leaving their country every month. Poor records of human rights, unlimited military service, extra-judicial execution, forced labor, rape and slavery were among the reasons mentioned. To quote the representative “Eritrea is hemorrhaging its youth”, and “Eritreans are voting with their feet”.

The relationship between the two countries is very bad to the extent that there is no American Embassy in Eritrea. And it is hard to believe any improvements in the near future. It is not up to the US, it is Issaias of Eritrea’s personal chose. Unfortunately, for Issais, portraying the US as a strategic enemy to Eritrea, and to use fear mongering among Eritreans, that nobody but only and only Issaias could stand to the Ethiopian aggression, supported by the US is much important and crucial for his survival in power than the conditional (unconditional) development aid from the US. This is simple math in the Eritrean politics!

But, as an Eritrean in Israel, what struck my attention at the hearing was the question asked by subcommittee Chairman Mr. Smith to the Assistance secretary ambassador Linda Thomas-Greenfield and her response. Mr.Smith asked: “When Eritreans men and the woman flees into Sudan or to Europe or wherever, if they are brought back, what is the penalty that they suffered as a result of the attempted flight for refugee status? ”

Ambassador Linda tried to answer it this way: “I don’t know exactly what the penalty is if someone returned. I suspect it is not a good thing for them and that they would be either arrested or forced to continue their national service”. And asked for help from her colleague, the office director of East African affairs, who was in Asmara, the capital of Eritrea two months ago. His response is not any different: “I am not aware of circumstance of those who were forcibly returned, that doesn’t come to my attention”. Nor do I am surprised that the Director of east African afairs is not a ware of circumstance of forcibly returned Eritrean. Except Israel, I am not a ware of any country that threatens unlimited detention or deportation to Eritrean asylum seekers. Egypt deports, but it is not a signature to the refugee convention. In the countries that Israel likenes itself, the west, let alone unlimited detention or deportation of Etireans, their acceptenace rate for refugee is more than 85%.

The policy in Israel is to encourage deportation under the so called “voluntary return” process, through prolonged detention, exclusion, and grants. Nobody knows exactly what happens to those Eritreans forcibly deported back to Eritrea from Israel, perhaps some of them are re-enslaved in the military, and others are imprisoned, but what happened to them in prison?. But, at least, we know that three Eritrean asylum seekers who left Israel for a third country as a result of the Israeli asylum policy have been executed by the Islamic State (ISIS) in Libya.

In fact, the hatered towards African asylum seekers in Israel is crystal clear, one that unites the Kenesset; from opposition leader Herzog, who thinks as long as Isaias like Assad didn’t use chemical weapons to kill Eritreans, Ertireans fleeing their country are not considered refugees, to Yair Lapid, to the Prime Minister, who loves to portray the presence African asylum seekers as a democratic, demographic and geographic threat to the state of Israel.

Although, the recent decision by the court of appeals is welcoming, and an opportunity for the state to look into ways to contribute to the current refugee crisis constructively, by treating the asylum seekers residing in the country. It is yet to be seen. But for the time being, I advise the Americans to stay tuned to what happens to Eritreans in Israel to be a war of the circumstance of forcibly returned Eritreans.

An activist for political change in Eritrea, is a PhD candidate at the Hebrew University of Jerusalem