Modern Education Development, Challenges and Current State in Eritrea (1839 to 2016) – Compiled and researched by Resoum Kidane

The research work presented in this report will provide historically relevant genesis towards the early education in Eritrea, remarkable development phases in the 1940 and 1950s and post-independent Eritrea. The purpose of the compiled work 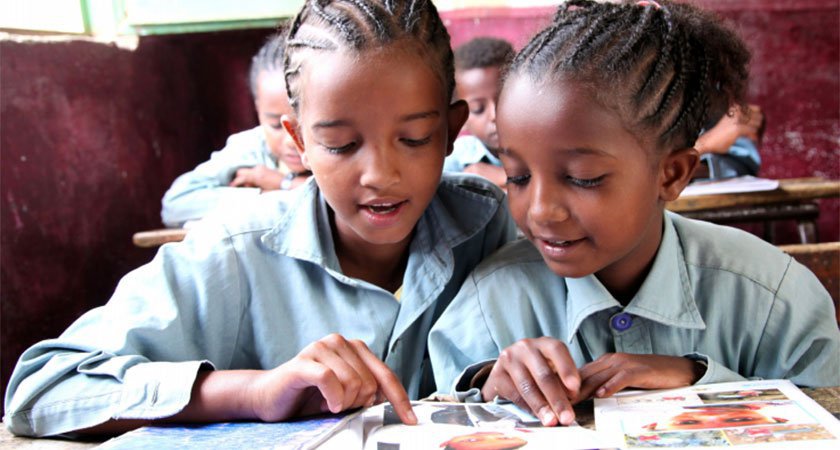 The research work presented in this report will provide historically relevant genesis towards the early education in Eritrea, remarkable development phases in the 1940 and 1950s and post-independent Eritrea. The purpose of the compiled work include to give recognition of the  growth of the formal education Eritrean intelligentsia in the 1940s and 1950s, a period remarkable for various institutional developments in the newly liberated from Italy colony. The work also highlights the  challenges educated Eritrean had experienced during the liberation armed struggle for independence, the newly refreshed education revitalization hope witnessed in the independent Eritrea in the 90s and the critical challenges Education programs have experience along with the failure of other government institutions after 2001

The religious institutions was the birth place of education to the indigenous societies in the currently Eritrea location. General highlights of the methods of education prior during the 19th century will be examined based on the religious institutions influence on the socio-economical activities in Eritrea relevant to the early development of Education. This phase of the study was compiled based on historical religious manuscripts and studies from travelers.

As the period of 1940s to 1950s being so crucial for many institutionalization of formal government bodies, the education development and the role of individuals during this period was studied in depth. After Italian colonialism ended in 1941, the British Military Administration (BMA) took an initiative for expanding education among the different tribes from Eritrea  through opening formal schools and training centers for teachers. By the end of the BMA the number of schools for elementary and mid schools and students rose dramatically laying the foundation for the growth of the intermediated Eritrean intelligentsia in the 1950s and 1960s. For nearly two decades Eritrea had a sizeable formally educated Eritreans at an intermediate professional level and were very instrumental to a legacy of a sound educational system under the Eritrean federal government, 1952-1962. Most of these professionals from the 1930s, 1940s and 1950s succeeded for about two decades to secure better jobs in the private and public sectors in Ethiopia. During those periods many modern organizations in Ethiopia employed a disproportionate number of Eritreans in the newly formed government institutions in Ethiopia including Ethiopian Airlines, Telecommunications, Ethiopia Electric Light Power and Authority (EELPA), Air Force, commercial banks, hospitals and other public health centers. According to John Spencer, advisor to the king of Ethiopia,  noted that  Eritreans gradually dominated the high skill demanding institutions such as Ethiopia Air Force, comprised nearly 40% of the  Police and officers in the  Army; and large managerial roles in the public sectors of bank, courts and  telecommunications services. With the financial and political support from the allies, the government of Ethiopia under hailesellasie were able to make significant instructional developments in Ethiopia thanks to the educated human resource reallocated from the then federated Eritrea. The educated Eritreans who already had established world recognized the manufacturing industry, modern agriculture and modern financial institutions in Eritrea have become very instrumental to establish world-class institutions in Ethiopia.

With the new political development in late 1950’s and early 1960’s with the start of the thirty years of liberation struggle, many Eritrean educators of the 1940s and ‘50s generations were dislocated from the main land of Eritrea some  joined the Eritrean Liberation Front (ELF) and Eritrean People Liberation Front (EPLF), a struggle fronts with the intent to reverse the annexation of Eritrea by the Ethiopian government, some remained to work in Ethiopia and many also migrated gradually to middle eastern, European countries to search for opportunities. The fate of educated Eritreans within the two fronts (EPLF and ELP) was unfortunate which led for many to be killed in the front lines, some became victms of the ELF and EPLF leaders and others became victims of the Ethiopian government who was arresting educated individuals with sympathy towards the Eritrean cause for independence. The review of historical accounts of Education during this period will address how political developments affected the educated individuals and the gaps it created in the formal education in Eritrea.

After 1991 there was high expectation for the expansion of  education starting from elementary to higher levels including to advance the University level training to a much broader stratum of the population. Like many other newly institutions promising growths, during a short period (less than a decade) there was good progress in the revival of Eritrean education until the intentional down grading of the Eritrean intellectuals by the undemocratic government of Isaias including the closure of the only University in the country, University of Asmara in 2006 and the program that transferred students to a military camp before completing their high school studies .
The work also provides a systematic slaughtering of the foundation for developing educated labor skills and a knowledge-based economy. The government of Eritrea In 2002 under the pretext of initiating economic recovery programs the Eritrean government introduced the Wefri Warsay Yika’alo but the main purpose of this program was to restrict higher education and prevent the possibility of students criticizing.  Since then, 10, 000 school leavers are sent every year to the army after failing to pass the examination at the Sawa School. These school leavers are restricted to road construction, dam and house building, and to military service.

Today Eritrea has in proportion to its population the highest number of people in prison and more prisons than educators and universities. For three decades (from 1960 to 1990) Eritrea had experienced a brain drain due to Ethiopian political oppression in Ethiopia and the disappearance of the educated in the armed struggle places in Eritrea. Unexpectedly the brain-drain and the demise of Education institutions has continued shortly after Eritrea became an independence nation.  In fact, it has grown as a result of increasing harassment of intellectuals and restrictions on the freedom of expression after 2001, since then the situation has continued to deteriorate and the brain-drain has doubled.Eritrean society is now much more likely to have an acute shortage of professionals and para-professionals,  it is sad to see the decline of education and of the professions which had a reasonably good standard in the 1950s.

The objectives of this work was to revitalize the hope among the younger generations to learn the positive education developments, and provide testimonies to the individuals who made significant contribution from Eritrean intellecturals of the 30’s, 40’s and 50’s.   Their achievements reside in education, in career development as well as in their contribution during the liberation struggle for independence.

The research work presented in this report is divided chronologically into six parts.

Remarks: At the end I would like to point out for readers, that this compilation is not yet completed. It still requires further research to make it a valuable document for future generations. To achieve this task it is necessary for everyone to participate in this research through contributing:

I would appreciate if you could send me any relevant information to the contents of this document by e-mail:  rkidane@talk21.com