May 24 Independence Celebrations to Exclude Dances

By Dr. Russom Mesfun Eritrean communities in the diaspora are taking steps to commemorate Independence Day on May 24 without the usual musical celebrations due to the loss of hundreds of Eritreans in a shipwreck and 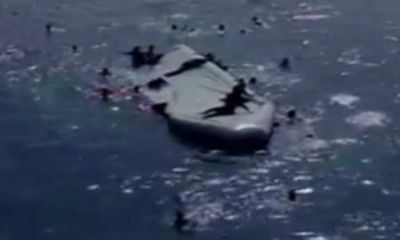 Eritrean communities in the diaspora are taking steps to commemorate Independence Day on May 24 without the usual musical celebrations due to the loss of hundreds of Eritreans in a shipwreck and the shocking slayings by ISIS terrorists.

Concerns that some of the next of keen of the victims might not even be aware, and that Eritreans at home and in the diaspora are still in mourning, have prompted communities to cancel dances at the May festivals while exploring ways to use the event to conduct seminars and memoriams for the victims.

The cancellations are limited to diaspora communities in the US, though it’s hoped that those in Europe, Africa and Australia would follow suit.

It is customary in Eritrean tradition to refrain from music and dances during a period of mourning. “The senseless death of so many people is too fresh in our minds to celebrate by dancing even on Independence Day,” Yukuno Bahta of Las Vegas said.

On Tuesday, activists declared a National Week of Mourning from April 29 to May 3.

Moreover, the public is alarmed at the increasing numbers of people perishing in search of asylum, with many calling for action to address the root cause of the crisis.

The failure of the PFDJ to mourn the loss of its citizens only served to reconfirm the growing gap between the people and the government. Recently, the regime’s supporters were roundly condemned for sponsoring a musical performance during a Washington, DC gathering in the aftermath of the tragedy.

Pictures of its followers dancing in droves during the weekend touched a raw nerve in Eritreans commenting on social media. Many particularly blamed the veteran singer Haile Gebru for performing in front of a PFDJ crowd.

However, in a positive development, the tragedy brought Eritreans and Ethiopians together to grieve the brutal massacre of their members by knife-wielding ISIS fanatics. In moving testimonials, both sides appreciated coming together at a difficult period for their communities.