In our series of letters from African journalists, film-maker and columnist Farai Sevenzo considers why Eritreans endanger themselves so much to reach Europe. The Mediterranean is fast becoming a massive watery grave for Africans. Another 500 reportedly 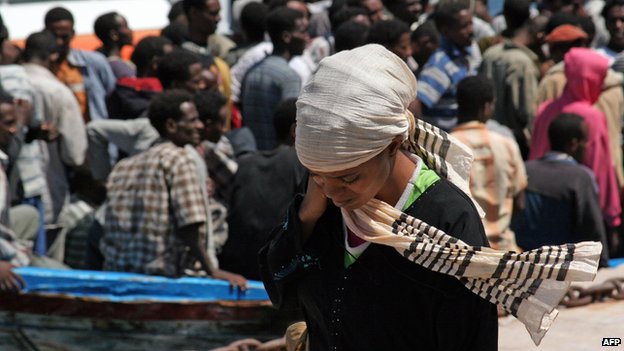 In our series of letters from African journalists, film-maker and columnist Farai Sevenzo considers why Eritreans endanger themselves so much to reach Europe.

The Mediterranean is fast becoming a massive watery grave for Africans.

Another 500 reportedly drowned off the coast of Italy the other week, while the attention span of the world quickly moves away.

But who are these Africans willing to risk all to reach European shores where they are not wanted?

Those of us following the story of African migration will have noticed a marked increase in the number of Eritreans being interviewed in refugee camps on the edge of Europe.

President Isaias Afewerki is accused by human rights groups of turning the tiny East African country into “one giant prison” and brooks no opposition.

The Eritrean parliament has not met since 2002. As for elections, they have not happened since Eritrea broke away from Ethiopia voting for independence in 1993.

But is that reason enough for this tiny nation to keep haemorrhaging its citizens at such an alarming rate?

The young men and women who survive trekking across the desert and make it across the Mediterranean in wooden boats further endanger themselves by climbing on to lorries in European ports to try and find a place to make a life.

In Eritrea, they are expected by President Isais’ government to do national service until they are 40.

All around them high-ranking government officials are locked up, opposition members are imprisoned, the private press has been gagged for decades and President Isaias keeps flexing what military muscle he has by constantly threatening another border war with Ethiopia.

And he has also been accused of sending his soldiers across the border of another neighbour, Djibouti.