BY JAMES PATRICK KELLY Special to the Idaho Statesman Kibrom Milash and Tirhas Hailu, owners of Kibrom’s Ethiopian and Eritrean Cuisine, aren’t ones to let a little adversity get them down. After leaving their drought-stricken, authoritarian-governed country of 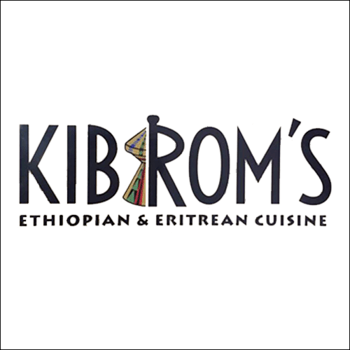 Special to the Idaho Statesman

Kibrom Milash and Tirhas Hailu, owners of Kibrom’s Ethiopian and Eritrean Cuisine, aren’t ones to let a little adversity get them down.

After leaving their drought-stricken, authoritarian-governed country of Eritrea, the enterprising young couple operated a small restaurant in a refugee settlement in Ethiopia for the better part of five years. They eventually left the Horn of Africa and made their way to the United States in 2013. That’s a success story within itself.

Not long after arriving in Boise, they landed a spot in the global food court at the newly opened Boise International Market. It didn’t take long for them to earn a loyal following there. People streamed in from miles around for their take on East African fare. All that changed in September 2015, though, when a fast-moving fire gutted the popular market — displacing a dozen or so international vendors.

Once again, they found themselves rebuilding their lives. But a two-alarm fire didn’t discourage the couple from teaching local diners about their vibrant culture via food.

In 2016, Milash and Hailu opened a full-fledged restaurant on State Street — across from the Dutch Goose near the corner of Veterans Parkway — in a space that’s been a revolving door of ethnic eateries over the years.

The larger digs allowed them the opportunity to expand their menu of Ethiopian and Eritrean cuisine, which is known for its injera flatbread (made from fermented teff flour) that’s served with every meal. Teff is a gluten-free ancient grain with origins in East Africa. But did you know that most of the alfalfa-like grass produced on this side of the world is grown by farmers in Southern Idaho and northern Nevada? Yes, teff has become a viable crop in America’s Great Basin.

Anyway, Ethiopian and Eritrean food draws influences from different locales along the world’s spice route. It’s greatly inspired by the cuisine of India, as evidenced by the deep-fried samosas and vibrant stews seasoned with a berbere spice mix made from ground chili peppers, fenugreek, garlic and ginger.

Since moving into the new space, Milash and Hailu have supplemented their former, much smaller menu with a few egg dishes, sandwiches and plates of saucy spaghetti (even the Italians have left their mark on Ethiopian cuisine).

The dining room is as colorful as the food itself, thanks to a bold yellow paint job with swatches of green, blue and red. Ethiopian and Eritrean artwork and photos line the walls above the booths. Service is friendly and relatively fast, as Milash frequently makes the rounds to ensure that everyone remains happy.

Back to those deep-fried samosas. Kibrom’s puts out two kinds of little, triangular-shaped pies ($1.50 each), one with a garlicky ground beef mixture and the other filled with a cumin-perfumed blend of green lentils. The restaurant keeps bottles of fiery hot sauce on every table for those interested in spicing up the delightfully crunchy samosas.

Cool down your palate with a tall cup of aromatic banana juice with milk ($4), a traditional drink that’s popular at juice bars in Addis Ababa and in other parts of Ethiopia.

The banana juice also tastes great with the enkulal beh siga ($7.99), a jumble of buttery scrambled eggs, toothsome chunks of lamb (a little tough and grisly one day), garlic and onion, garnished with chopped tomato and serrano pepper. This hearty dish — which has a protein choice of lamb, beef or chicken — comes with crepe-like kitcha flatbread for swaddling the flavorful eggs.

Most people show up for the beyaynetu combination options (served family-style so everyone can get in on the action) arranged on a hubcap-size injera, which acts as a plate and utensil. Diners are in control this way, meaning they get to customize their meal, chosen from a litany of slow-cooked meats and vegetarian items, and wrap the stewed concoctions with the soft and tangy injera.

I had a little hangover during another visit, so I was in dire need of some serious spices to flush the toxins. I went for a two-item combination plate ($9.50) with red tibs chicken (tender morsels of bird sautéed with fiery spices and onion) and kae mesir, a mound of berbere-spiced red lentils that boasted a melt-in-your-mouth creaminess.

The kitfoh raw beef dish ($9.99) is not offered as an option on the beyaynetu plates. But I highly recommend tagging it on as a side dish. It will remind Western diners of beef tartare, only with East African flair. A bowl of glistening raw ground beef gets seasoned with mitmita (ground chili pepper, cloves and cumin), cardamom and melted butter, served with a green salad, rolled-up logs of injera, flavorful braised greens and a little ramekin of crumbly cow’s milk cheese. It’s a damn good dish.

I had high hopes of trying the dinish sandwich (made with boiled potatoes, chili peppers, onion, tomato and lettuce), but it was not available during both of my visits. Maybe next time.

Libation situation: Bottles of West Coast craft beers and red and white wines by the glass.