JP Morgan Chase has emerged with 9.12% of Eritrea-focused Danakali whose flagship operation is the Colluli potash project, a 50-50 joint venture with the Eritrean National Mining Company. JP Morgan is no stranger to Eritrea and 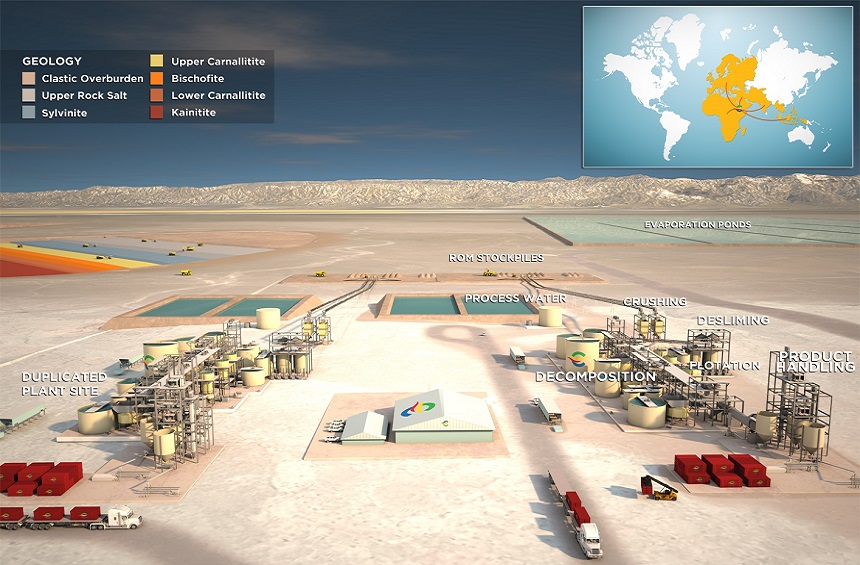 JP Morgan Chase has emerged with 9.12% of Eritrea-focused Danakali whose flagship operation is the Colluli potash project, a 50-50 joint venture with the Eritrean National Mining Company.

JP Morgan is no stranger to Eritrea and already has an interest in Canada’s Nevsun Resources which operates Bisha, one of the few producing mines (copper-zinc) in the poverty-stricken and hugely under-developed East Africa country.

Two years ago, there were rumours QKR Corp, a mining fund headed by former JP Morgan banker Lloyd Pengilly, was close to making a bid for Nevsun, headquartered in Vancouver.

ASX-listed Danakali’s shares were up close to 4% following its disclosure JP Morgan was on the shareholder roster. The stock price is 45% to the good in the year-to-date.

Colluli’s JORC 2012 1.1 billion tonne ore reserve contains a unique suite of potassium salts that are in solid form and can be mined over 200 years starting with a shallow openpit, with payback of the US$300 million for Phase I expected within four years.

Investors have demonstrated their support to develop the project through a recent A$5.5 million (US$4.3 million) capital raising.

Broker Somers & Partners said JP Morgan had given Danakali “its seal of approval” and pointed out the American bank had “a successful track record in Eritrea through its investment in Nevsun”.

JP Morgan acquired its holding in Danakali through a A$6.7 million private placement earlier this month.

Somers said: “Danakali now has a strong supportive cornerstone investor to help grow the business as well as the funds to commence early-stage engineering works at Colluli.

“We expect the mining licence to be approved later this calendar year with funding and offtake to follow that.”