Reporters Without Borders (RSF) hails UNESCO’s decision, announced today, to award its Guillermo Cano World Press Freedom Prize to Dawit Isaak, a journalist with Swedish and Eritrean dual nationality who has been imprisoned in Eritrea 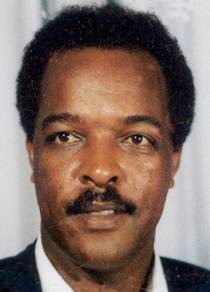 Reporters Without Borders (RSF) hails UNESCO’s decision, announced today, to award its Guillermo Cano World Press Freedom Prize to Dawit Isaak, a journalist with Swedish and Eritrean dual nationality who has been imprisoned in Eritrea for 15 years without every talking to a lawyer or seeing a judge.

The prize will be formally awarded at a ceremony on 3 May, World Press Freedom Day.

“The decision to award Dawit Isaak this year’s prize is an encouraging signal,” said Cléa Kahn-Sriber, the head of RSF’s Africa desk. “It sends a strong message of denunciation of regimes that obliterate the media and journalism because they communicate democratic values. We reiterate our call to the Eritrean government to free all the journalists it has arbitrarily imprisoned for so many years.”

Isaak moved to Sweden in 1987. In 1993, two years after Eritrea finally obtained its independence from Ethiopia, he returned to the country of his birth to open Eritrea’s first independent newspaper, Setit, in the capital, Asmara.

In 2001, his newspaper published an open letter calling for elections and the implementation of the promised constitution. The ensuing crackdown was terrible. Isaak and ten other journalists were arrested in September of that year and have remained in prison ever since.

RSF has received information that seven of these eleven journalists have died in detention. The fate of Isaak and the other three – Emanuel Asrat, Temesgen Gebreyesus and Seyoum Tsehaye – is unclear.

Tsehaye’s two daughters, who live in France, have had no news of him since his arrest. When, aged 12 and 14, they tried to see the Eritrean ambassador in Paris, he called the police in order to have them removed from the embassy. In June 2015. RSF filed a complaint against persons unknown on their behalf with the French judicial authorities but it was deemed inadmissible.

Isaak’s younger brother, Essayas Isaak, and three lawyers backed by RSF wrote to the Eritrean supreme court in Asmara in 2011 seeking a writ of habeas corpus for Isaak. They requested information about the place where he was being held and his conditions of imprisonment. The supreme court never responded, claiming it did not receive the letter.

In the absence of any response from the Eritrean supreme court, the lawyers turned to the African Commission on Human and Peoples’ Rights (ACHPR) in 2013, when Isaak was 48 and had just completed his 12th year in prison. In Communication 428/12 of February 2016, the ACHPR called on Eritrea to set up a mechanism for effectively locating missing persons and for passing the information to their families.

The ACHPR also stressed the importance of taking immediate measures to allow independent media to operate, to bring relevant laws into line with international standards and to protect journalists from arrest and arbitrary treatment. Eritrea has still not complied with these obligations.

RSF also made a written submission to the United Nations Human Rights Council in 2015 about Isaak’s fate.

According to RSF’s tally, at least 15 journalists are currently detained in Eritrea, which means that Isaias Afewerki’s dictatorship is Africa’s biggest prison for media personnel.

Thousands of Eritreans, including dozens of journalists, have had no choice but to flee the country to escape the indiscriminate repression. RSF tries to follow as many of the cases of Eritrean exile journalists as possible. RSF also supports Radio Erena, an independent Eritrean radio station based in Paris that broadcasts to Eritreans in Eritrea and the diaspora.

The UNESCO/Guillermo Cano World Press Freedom Prize was created in 1997 by UNESCO’s executive council to honour a person, organization or institution that has made an outstanding contribution to the defence and/or promotion of media freedom anywhere in the world, especially when this has been achieved in the face of danger.