No more deportation orders will be served on illegal immigrants, the state told the High Court of Justice on Tuesday, adding that all existing orders have been cancelled. By: TPS, with additional reporting from World Israel 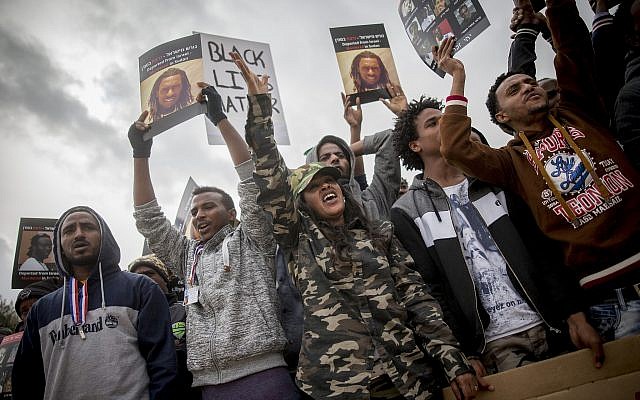 No more deportation orders will be served on illegal immigrants, the state told the High Court of Justice on Tuesday, adding that all existing orders have been cancelled.

By: TPS, with additional reporting from World Israel News Staff

“At this stage there is no possibility to carry out a forced deportation to a third country,” state attorneys told the High Court of Justice on Tuesday. “Therefore, as of today, April 17, 2018, deportation hearings have been halted and no more deportation orders will be handed out.”

The State also said that individuals whose temporary residency permits have expired will be eligible for a 60-day extension, as has been customary heretofore.

The treatment of more than 30,000 illegal immigrants has divided Israeli society in recent years, with many residents of south Tel Aviv, where most of the immigrants live, saying that a majority of the individuals in question came to Israel seeking work, not political asylum, and that the influx has led both to an increase in crime and deep cultural shifts in the neighborhood.

On the other hand, human rights organizations believe the residents are mainly political refugees and have blasted Israeli authorities for failing – or refusing – to investigate applications for political asylum.

The Knesset has tried for years to address the issue of illegal immigrants, many of whom have lived here for years and have children who were born here. But repeated legislative attempts to deport thousands of people have been repeatedly struck down by the Court.

Earlier this year, Prime Minister Benjamin Netanyahu reportedly secured a deal with a “third country” in Africa, reportedly Uganda and Rwanda, that had agreed to accept deportees, but the deal fell apart when both countries said that no such deal had been struck.

Netanyahu and several of his coalition partners accused the New Israel Fund NGO and other left-wing groups of scuttling the deal.

More recently, Netanyahu announced a UN-sponsored deal on April 2 that would have seen the world body take responsibility for re-settling 16,250 people in third countries, including Canada and Italy, while Israel would offer residency status to a similar number and scatter the families around the country.

However, less than 24 hours after announcing the deal Netanyahu reversed course after coming under heavy pressure from coalition partners, Likud Party colleagues and many residents of south Tel Aviv.

According to the Jerusalem Post, Netanyahu and Interior Minister Arye Deri came to an agreement on Tuesday to reopen detention centers for asylum seekers, with preparations beginning immediately.

The two also reportedly will continue to push for passage of the Knesset’s override clause, which would enable the government to overrule High Court decisions regarding immigration matters such as the fate of African migrants.