INTERVIEW: “The Regime In Asmara Has To Give Way To New Social Forces Of Our Choosing”, Professor Yebio WoldeMariam

Dr. Yebio Woldemariam is Adjunct Professor at City University of New York. In this interview, Yebio debates the root causes of Eritrea’s political and social ills focusing especially on the future of the young generation. 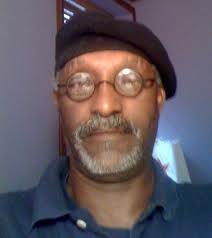 Dr. Yebio Woldemariam is Adjunct Professor at City University of New York. In this interview, Yebio debates the root causes of Eritrea’s political and social ills focusing especially on the future of the young generation. Michael Abraha asked him about alternative courses available and whether the opposition was in a better or worse shape in the wake of the Hawassa Congress in November when the National Democratic Council was created?

DR. YEBIO WOLDEMARIAM:      It is early to tell the state of the opposition at this time. For sure it is an achievement that they have come out in one piece rather than a fragmented lot which usually is the case after each and every meeting. In as far as winning the heart of the skeptics or win the diehard opponents to the Addis/Hawassa gathering, they have a long way to go. The reason is that we haven’t heard or seen any spectacular actions taken either by the Bayto or the Executive body.

Q:        So does the Bayto, that is the National Council’s Executive Office of 21 members have what it takes to make a difference in this struggle?

A:        I hope so. If the answer is to the negative then one would only pray for divine intervention. I am aware of the composition of the executive but am not in a position to judge the character, ability and professionalism of each. I know for sure some of the old guards are in place but new ones are also added which gives me hope that they will chart new paradigm to bring rule of law in Eritrea. I am also hopeful that despite his earlier association with the old guards, the choice of Dr. Yosuf Brahnu to lead the struggle is the right choice. He is educated, urbane and can reach across sectors of the Eritrean society.

Q:        Thousands of young Eritreans keep running away from a traumatized homeland every month knowing they might face torture, rape or death in unknown lands. The regime chooses to keep its head in the sand and blames the victims for causing their own doom. Still cynicism reigns among many refugees as they do not seem to believe the opposition has the answer to their problems either. What should be done?

A:        It is very sad to see the country lose its youth in such a dramatic fashion. Mind you the Eritrean youth has carried the brunt of the wars that has been raging in the region for half a century. We have lost many young, educated, able bodied, skilled and potential inventors, producers, scientists, and artists to our detriment.  Instead of rebuilding and restoring what is lost we continue with the path of more egregious destruction.  I am sure this is not news to the EPLF as it is a witness to the destruction of our youth for decades. That is why it does not bother the leadership of the mayhem that is occurring under its nose.

The new leadership in the opposition has promised to fully engage in addressing the refugee problem. We have to wait and see. In as far as the refugees are concerned their cynicism is well placed because so far we have done little to alleviate their problems.

Q:        Ethiopia and other East African countries are as frustrated and outraged as neighbors because of Eritrea’s inability to make peace with itself and with the outside world. Ethiopia has threatened to take all appropriate measures in retaliation for the killing last month of five innocent European tourists inside its territory for which it holds Eritrea responsible. Apart from the UN sanctions, what more can neighboring states do to compel the PFDJ regime to change its behavior?

A:        Personally I share the frustration of the neighboring countries in particular Ethiopia as the primary focus of the rogue regime in Asmara. The AU and IGAD have shown their solidarity with the Eritrean people by trying to isolate the Eritrean government. Their sponsorship of the Security Council resolutions to warn Eritrea to stop interfering in other states’ affair is testimony to their firm stand against Eritrea’s senseless adventurism at the expense of our people. I hope Ethiopia continue supporting the burgeoning opposition movement and not take military action. Military adventurism is the only game Isias knows best and they should not fall to his trap. By the way war is going to hurt Ethiopia more as they are steadfastly engaged in development work. I want Ethiopia to have more wisdom and act as big brother to the nations around it not engage in destructive wars.  I pray that it remains politically stable, food secure and play a game changer in the pathetic situation that our region finds itself.

Q:        In an interview last month, Wolde Yesus Ammar of the Eritrean People’s Democratic Party deplored the mass flight and dispersal of Eritreans calling it the “breaking down of our society on a daily basis”. He attributes the phenomenon to the people’s “frightening loss of hope and the young generation’s fast growing desperation”. You are now engaged in the protection of refugees offering them hope and keeping them alive through your Commission on Eritrean Refugees. What led you to this mission?

A:        Wolde Yesus aptly described the situation of the nation. The question is how to reverse it. The fact remains the breakdown of the Eritrean society will continue until each of us agrees to a minimum program where the cause of the mass exodus and the stagnation of the economy are eliminated. There is no question that the regime in Asmara has to give way to new social forces of our choosing.  What made me and my colleagues involve in the refugee issues is the kidnapping, extortion, organ harvesting and eventual death of our young. Our main task is to educate refugees from undertaking the perilous journey tricked by unsavory characters. We are now engaged in exposing those involved in this criminal enterprise and I assure you the Commission will not stop until justice is done.

Q:        What message do you have for those 2% Diaspora tax payers who do not seem to realize that their financial support is only aggravating the pain and suffering Eritreans are being subjected to?

A:        I implore upon all those who support the regime to refrain from doing so. I understand their apprehension that there may not be life after the demise of the EPLF regime. But I also want to assure them that they can make government responsive to their needs where all nationalists and religious groups including myself a religious skeptic can live in harmony.