IN SOLIDARITY WITH FATHER MUSSIE ZERAI

IN SOLIDARITY WITH FATHER MUSSIE ZERAI   We, the undersigned coalition of civil society organisations (CSOs), are writing this open letter to express our unflinching support to, and solidarity with, Father Mussie Zerai: a well-known Eritrean priest 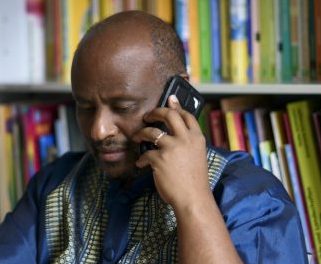 IN SOLIDARITY WITH FATHER MUSSIE ZERAI

We, the undersigned coalition of civil society organisations (CSOs), are writing this open letter to express our unflinching support to, and solidarity with, Father Mussie Zerai: a well-known Eritrean priest and a Nobel Peace Prize nominee for his unreserved dedication to humanitarianism.

We have learned from widespread media coverage, including some interviews Father Zerai himself has given to some media outlets, that the Prosecution Office in Trapani (Italy) is investigating Father Zerai, for alleged involvement in the crimes of human smuggling and/or trafficking. Although the details of the investigation and final outcome are yet to be made public, we are very confident of Father Zerai’s selfless humanitarian commitment to helping the destitute and the vulnerable, especially the countless refugees who have been forced to take the dangerous route to Europe via the southern maritime borders of Europe, a place that has now become a mass grave of refugees.

Father Zerai has an impeccable record. His dedication to humanitarianism cannot be in any way equated with smuggling and/or trafficking. Seen against this backdrop, the on-going investigation by the Prosecution Office in Trapani appears a bizarre development. We are concerned that this action is a distraction from the urgent needs of addressing the causes of the troubling refugee crisis in the southern maritime borders of Europe and the needs of refugees. It is very sad to see some European law enforcement agencies and decision-makers trying to divert attention by shifting the blame to the wrong people, in particular humanitarian actors, who are doing their level best to save the lives of refugees. The fact of the matter is that refugees are wantonly exposed to enormous levels of suffering not by the actions of humanitarians, such as Father Zerai, but by the despicable failure of certain entities, including some European law enforcement agencies, which should have come in the forefront of saving the lives of refugees.

At the end of the investigation, we are very sure that the innocence of Father Zerai will be proven beyond any doubt. Until such time, we would like to take this occasion to express our unflinching solidarity with his plight. We urge the Italian authorities to ensure that their investigative activities do not disrupt Father Zerai’s legitimate humanitarian activities. We also remind Italian law enforcement agencies and decision-makers to invest their time and resources in productive endeavours, including saving the lives of thousands of refugees who are perishing at the southern maritime borders of Europe and ensuring a proper reception for those that make it to their shores.

The list of signatories below will remain open until 1 September 2017, midday Central European Time. Those who would like to have their names included in the list are advised to do so by sending their email confirmation to: eri.law.society@gmail.com. Only civil society organisations can endorse the open letter.