In Search of Liberty – 3nd Narration 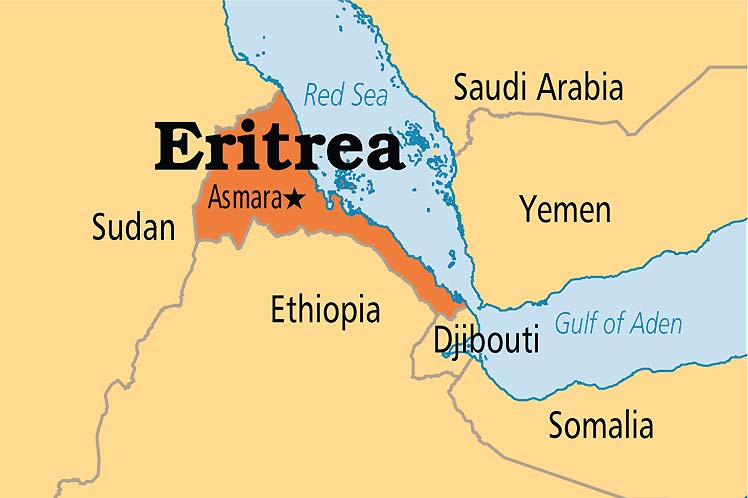 The following Opposition Parties were mainly collected from Google, the Fountain of Information.

It goes without saying that the trumpeted objective of the string of parties (call them Working Groups) is ONE, AND ONLY ONE: >>> to liberate Eritrea from an indigenous Dictator and self-appointed President: Issayas Afewerki Abraha.   If we really believe in that objective, why do we need so-many working groups to arrive at the SAME GOAL? We know the answer. Let us be honest: ‘Eritrea’ does not carry the same GOAL in its belly. Shocking as it may be, IT NEVER HAD. And that is why Issayas Afewerki Abraha succeeded in OWNING a land mass with five -six million people as his private ’servants’ (so to say).  If the word is too poignant, it is because the REALITY of Eritrean History i.e. the horrendous sacrifice made by the Eritrean people for Liberty and Dignity for SEEMINGLY time immemorial, cannot be explained by ordinary expression of words.

There is INHERENT DEEP problem in Eritrea. It must be faced, admitted and solved, one way or the other. Further more, in a global inter-dependent ‘cut-throat’ political relationship, Eritrea — being located on a critical geographical area — cannot exist with its inherent sociopolitical weakness. As the common expression goes: ‘IT IS A CRUEL WORLD’. Is Eritrea strong enough to solve its inherent problem and face international political ‘vultures’?  The answer to that question squarely belongs to Eritreans.

The simple honest general answer to the question is ZERO.  Let us see the following  few  facts as examples:

The above examples are more than enough. One overwhelming fact however must be mentioned.  When Issayas — during a period of twenty-seven (27) years —   was doing the progressive murdering of a nation, Eritreans, for some mysterious phenomenon (OUT of CHARACTER), became docile and accepted the life of slavery!!! Amazing! Shocking!  It was a complete reversal of character, which displayed during 1960 -1990 Liberation Struggle and admired by global witnesses.

Now, observe the action of three Ministers, in cabinet meeting, resigning or asking for resignation {28 Sept 2018} from their posts in protest against the action of Issayas.  It is worth repeating: after twenty-seven (27) years, three members of the world-renowned liberation front woke-up to see the diabolical nature of their close compatriot. They deserve credit,  comparing them against the remaining thirteen (13) of their comrades who are still on sleeping mode.

What is next?  Eritreans will keep on going on exodus mode to various countries around the Globe – including to the “enemy” country of yesteryears, which is now a safe sanctuary [መዕቆቢ] to Eritreans!!! What a reversal! What a deception! What a classical TRAGEDY!

And it is not the END of it. What is evacuated must be filled by ‘other people’. And after the two Red Sea Coastal Ports are amicably negotiated upon, and the question of Badme etc conveniently set aside, what else is left of Eritrea? An insightful Tigrigna saying comes to mind in a situation like this? I hesitate to ‘spell’ it out here in a ‘Family’ Website!!! ደቂ ዓዲ፣ ኣይትሓዙለይ።

Once again, I say – and will say it for endless times – that www.archive.assenna.com deserves a mountain of appreciation for providing us with a PLATFORM to express our views that we are denied to do so in our birth country i.e. LIBERTY to express our views on our own affairs, for our own benefit. Within this prism, I dare being a self-appointed ‘preacher’ that we should NOT ABUSE the wonderful privilege that we are having, at archive.assenna.com, to express our feelings freely. It is NOT a platform to insult, to denigrate and for name-calling at each other but to construct healthy society in our BIRTH PLACE from wherever we may be residing.