In-depth details on the Eritrean Defense forces operation for change (Operation Forto) Feb. 15. 2013 Part 1   The beginning and development of the operation The January 21 military operation in the Eritrean Information Ministry (Forto) was conceived four 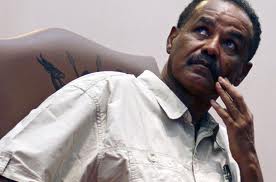 The beginning and development of the operation

The January 21 military operation in the Eritrean Information Ministry (Forto) was conceived four months earlier. It was only awaiting implementation on due time. Three days before the operation carried out i.e. on Friday, the President was conducting a meeting with regional administrators. However, the meeting was not finished on that day, hence; the president told the regional administrators that the meeting would be continued on Monday 09:00 am, 21 January, in the Hager Media hall, located inside the premises of the ministry of information.

The other senior military leaders from the other divisions, who were supposed to join in the operation, were not informed about the operation on due time, in addition they suspected it was very unusual for the president to tell a meeting venue ahead of time. Fearing it could be a trap advised the other colleagues, who were on the move to postpone the plan for other conducive moment, however, they were already marching towards Asmara starting from Sunday afternoon with their tanks and armored vehicles, and decided to carry out the operation at all costs.

The soldiers who would take part in the operation mainly came from the Tsorena area, a small town along the Ethiopian border in the south. On the early morning of Monday, armed with 12 tanks they reached Dekemhare, a town 40km from the capital. They needed oil refueling in in the town, however; they were denied access by the head of the station, which is commanded under the leadership of Weldu Barya. Finally they were forced to use force to refuel and continued their journey towards the capital. But, on the outskirts of Dekemhare one of the tanks developed a technical failure, and leaving the tank behind moved forward. When they reached around Merhano, they decided to channel the three tanks to control the airport and air force and the remaining tanks reached downtown Asmara, at 10:15 am.

According to the initial plan they were expecting to be joined by the other mechanized brigades that would come from Keren and Nefasit areas to control the other key areas. But, for reasons, which are not clear yet, they failed to take part in the operation.

Those who started from Tsorena front under the command of brigadier general Salih Osman, commander of mechanized brigade colonel Sied Ali Hjay(wedi Ali), colonel Alem (Gizwa), and Abraham (gelawa), when they reached Dekemhare, knew that they were betrayed by some of the other division, however, they had no option other than heading quickly to control the Ministry of Information.

It was for the first time after the downfall of the Derg regime that military tanks were roving in the streets of Asmara, this unusual movement of soldiers was a shock to many Asmara residents, who began calling to friends and relatives to inform them something rare was ongoing inside the city.

At 10:30 the soldiers occupied the Ministry of information and forced the director of Eri-tv Mr. Asmelash Abraha to read on air their political demands. The public heard their demand on the release of political prisoners and the implementation of the constitution, however, soon after; the agents of the president succeeded in taking the Tv off air, thereby their message failed to be transmitted in its entirety.

However, the main target of the operation was neither the control of the ministry of information nor the transmission of their demands on tv; it was the capture the president himself, who was supposed to be in a meeting inside the premises of the Ministry of Information at the time. The president presumably aware of the operation ahead changed the meeting venue in the office of the president (gibi), however, he was only expecting a handful of individuals to take part in the operation, where he can easily manage to suppress them, when he knew the soldiers were armed with tanks and heavy machinery, he was stunned and traumatized.

The president and his sympathizers, when they knew that the mechanized brigade’s involvement in the operation, they have made several attempts to approach them by sending different military leaders and finally they sent the commander of mechanized staff Colonel Sehaye Mekonen, (wedi Moke). Wedi Ali, who was armed with pistol and Kalashnikov at the time, shot four bullets and wounded colonel Sehaye.  After this incident Wedi Ali frustrated by not able to capture the president in the Ministry of Information, ordered the tanks to fire towards the office of the president, however, his colleagues were shocked by the order. When they hesitated to comply, he told them to set the tank on target (Tesfir), so that he could fire it himself. It was in this circumstances that Brigadier General Eyob (Halibay) and General Sebhat Efrem, begged them on the name of martyrs that the demands they were presenting was theirs too. Argument and counter-argument ensued until evening hours, before finally agreed to abandon the on the promise they will not be put under arrest. Brigadier General Salih Osman and Colonel Abraham (golawa) along with Colonel Wedi Ali decided to head towards Kushet, a village west of Asmara. With the exception of Wedi Ali, the main commanders of the operation Brigadier General Salih Osman, Colonel Abraham (gelawa), colonel Alem (gizwa) were captured and imprisoned. Colonel Wedi Ali escaped capture and continued alone, it was when he reached around a village called Shebek, when he learnt that was surrounded, shot and wounded four of the soldiers, before finally aiming the barrel of his gun towards himself- thus committed suicide.

Wedi Ali from the very initial moment of the operation insisted that he would deal with the president himself.

Part two to be continued…..