Images of a unique struggle – The history of Eritrea in pictures 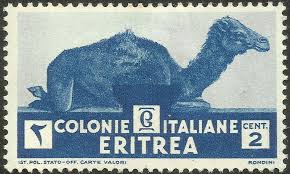 September 4th at 5 pm: Opening of the   PHOTO EXHIBITION by Lord Alton of Liverpool

The exhibition will be accompanied by talks and cultural events.

The photo exhibition is taking place at a critical time in the history of Eritrea. A time when peace has been signed between Eritrea and Ethiopia. It was a bold initiative of the new Ethiopian Prime Minister Abiy Ahmed. The people of Eritrea welcomed the peace agreement with enthusiasm, which they believe is long overdue.

However, the Eritrean people are seriously concerned about the commitment of the Eritrean regime to the peace process as it takes the involvement of the people to have a lasting peace.

While the PM Abiy released all political prisoner and gave amnesty to all opponents including those operating from abroad particularly from Eritrea, president Isaias has done nothing.   Surprisingly the Ethiopians don’t seem to be concerned about that.  PM Abiy and the Ethiopians people seem to be governed by double standards; Justice, peace, love, reconciliation for Ethiopians, but they do not appear concerned about the terrible gross human rights violation in Eritrea, that has destroyed the economy of Eritrea and depleted its manpower resources tied up to the indefinite national service. Wasted human resources is hindering development.  According to the latest figure available from the World Bank, Eritrean remains one of the least developed countries in the world. Poverty is widespread in the country. The Government of Eritrea owns all media, Eritrea was bottom of the world Press Freedom index for eight consecutive years and in 2017 ranked 179 out of 180, above North Korea.

Unfortunately, lots of Ethiopian intellectuals don’t want to hear the real history of Eritrea. For them Eritrea has never been a colony, it was part of Ethiopia seceded in 1991 and now they are saying welcome back to Ethiopia. Come to the fold. (ምድማር). Isaias during his visit to Ethiopia has abandoned all protocols that guides 2 sovereign nations and gave Prime Minister Abiy Ahmed “the responsibility for Eritrea” which is a worrying phenomenon. In all these the people of Eritrean have not been consulted nor informed of what the peace process entails. They remained voiceless as usual.

What some Ethiopian writers fail to see is that the people of Eritrea are conscious of their own history – all of it and in every shade. Their hard won independence and their sovereignty matters a lot to them.  If Ethiopians accept the real history of Eritrea from the perspective and experience of Eritreans the relationship will be genuine and lasting.

We understand that, first and foremost Abiy is working for the good of Ethiopia. And we don’t expect him to call for justice in Eritrea right now, it may jeopardise his peace campaign. But he has to be sensitive of the situation in Eritrea and keep away from trying to invest in Eritrea- which will force his hand to involve in the internal affairs of Eritrea. If so his involvement will be on the side of Isaias and not the oppressed people who are denied any voice.  In the first place, there is no conducive investment environment for Eritreans. Do Ethiopians expect special privilege?  Let Eritreans solve their own problem and find ways to build a democratic government elected by the people. That time the people will have a say in any policy that shapes their destiny. In such scenario, it will be easier for Ethiopians to relate to the people of Eritrea and develop genuine sustainable peace and economic integration that benefits both the people.

At the same time, let us not forget the people of Eritrea need time to heal their wounds and regain their humanity scared by the brutality of the Eritrean regime.

To this end, they are organising conferences and debates on skype and other media, analysing and debating the consequence of denying the people a voice in the peace process between Ethiopia and Eritrea, so they can come out with a common strategy to campaign for justice and democracy in Eritrea.  The successful demonstration outside the UNHCR headquarter on August 31 was just the beginning of a collective action. It meant to put pressure to the Eritrean regime to release all prisoners of conscience and apply the constitution, reinstate freedom of expression and rule out lawlessness. Also to inform the international community and foreign governments the concern of the people of Eritrea. It was a success – Eritrean came from all over the works and religious leaders have also participated.

The Ethiopians must see the bigger picture that Eritreans are willing to push for sustained peace.  Leave   the Eritreans people alone to end the gross human rights violations in Eritrea and bring democratic change and revive the economy and rehabilitate the people without Ethiopian interference in the internal affairs of Eritrea. This will not make Ethiopia complicit to the human rights violations in Eritrea. On the other hand it will be good if they put pressure on Isaias to resign gracefully and be part of the change and not obstacle. The Eritreans are seeking change peacefully.

Tigrean/Ethiopians from Rama and Zalambesa visited Eritrea and got worm loving reception by the people of Eritrea. In response, Eritreans visited Adigrat /Tigray and celebrated amid the mutual love and respect for each other. More is covered by Pro Mirjiam of Netherlands   and Kjetil Tronvoll both researchers of Human Rights and covered a lot on Eritrea.

These people to people solidarity between the people of Eritrea and Tigray’s/Ethiopia is the harbinger for genuine peace and it is very significant.

Even if democratic change is achieved the people need time to heal their wounds.  That will give Eritreans the confidence, the beauty and the greatness of a people who survived against all odds as expressed in the Photo exhibition leaflets “IMAGES OF A UNIQUE STRUGGLE.

The conference is looking at the recent development between Eritrea and Ethiopia and to assess what these new dynamics mean for Eritrea and regionally. In Eritrea there has been no change on the human rights front and the Eritrean people continue to suffer.  The lack of transparency of the whole process means that the Eritrean people do not know what has been signed between the Eritrean and the Ethiopian Government.  If Eritrea remains unstable internally the relations between Ethiopia and Eritrea will be unsustainable and the likelihood of conflict further down the line remains a high possibility and, in this conference, we intend to look at the difference dynamics and what this means for Eritrea and the region.

This will look at the reasons why so many Eritreans are leaving their country and risking life and limb to find safety and protection.  Eritrea refugees continue to face challenges in, Libya, Egypt, Sudan,   Ethiopia and Israel, Yemen and Uganda. There is hope with the recent developments by Ethiopia and Eritrea that it may reduce the push factor. In these conference we will look at why Eritreans are leaving their country in droves and how recent developments will impact the indefinite military service and the human rights situation at home and if this will now change and affect the push factor.

You can find an electronic copy of the report titled “MINING & REPRESSION IN ERITREA” CORPORATE COMPLICITDY IN HUMAN RIGHTS ABUSE: by Eritrea Focus to All-Party Parliament Group on Eritrea, United Kingdom. 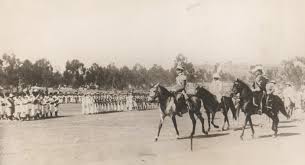 From Martin Plaut files: Images of invasion and occupation: Italian prince in Asmara-1928

The struggle for peace, justice and democracy continues: Democratic Eritrea will prevail