rance has declared a national state of emergency and has closed its borders after scores of people were killed in multiple gun and bomb attacks in Paris. At least 100 people are reported to have died 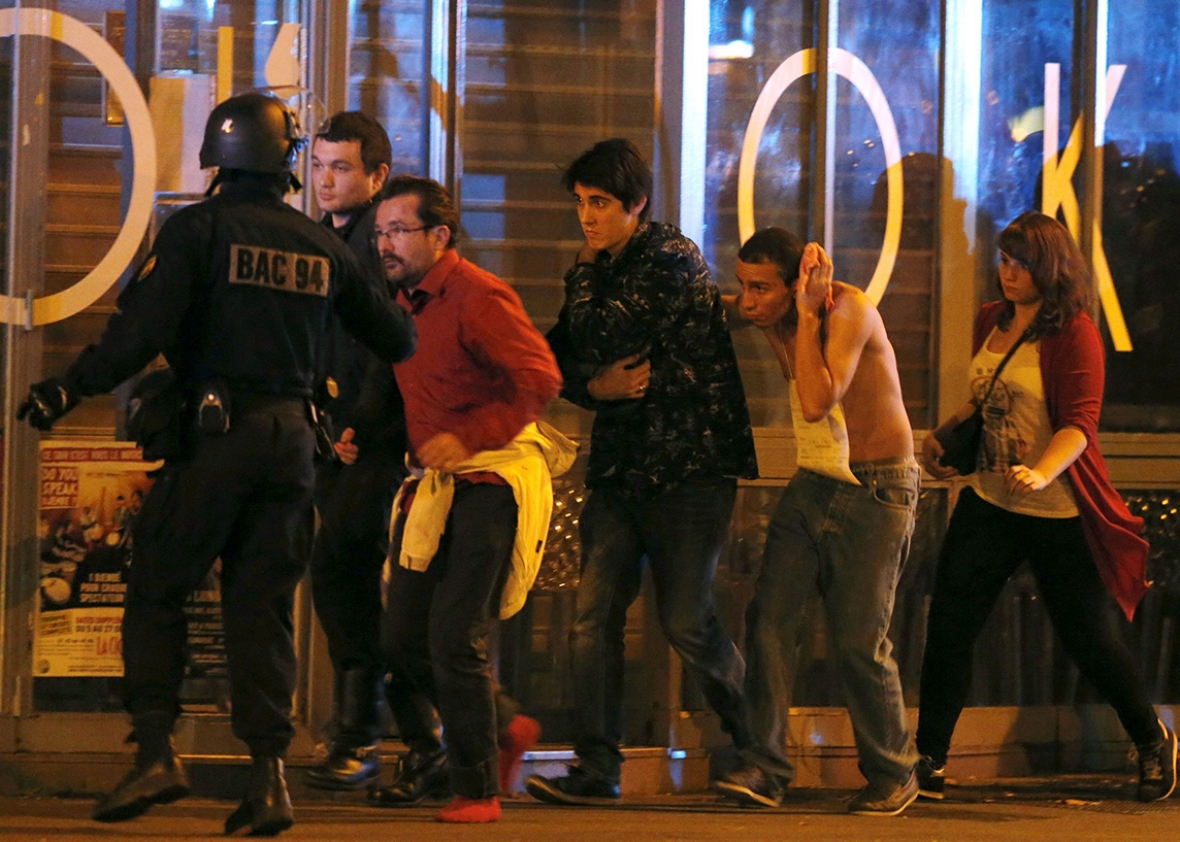 rance has declared a national state of emergency and has closed its borders after scores of people were killed in multiple gun and bomb attacks in Paris.

At least 100 people are reported to have died at the Bataclan concert hall in central Paris.

Gunmen took many hostages there before being overpowered when police stormed the building.

Others died in attacks near the Stade de France, with some reports suggesting a suicide blast, and at restaurants.

Paris residents have been asked to stay indoors and military personnel are being deployed across the city.

It was “a bloodbath,” Julien Pearce says.

The radio reporter was at the Bataclan, an oriental-style theater and concert hall in Paris’ 11th district Friday night, listening to an American rock band perform when gunmen stormed the venue.

“It lasted for ten minutes. Ten, horrific minutes where everybody was on the floor covering their head,” he said.

The theater has a capacity of 1,500, Cyril Vanier, a reporter with France 24, told CNN.

They wore black clothing but no masks. He saw the face of one shooter, who was very young — a maximum of 25 years old.

“He was like a random guy holding a Kalashnikov. That’s all.”

Pearce said the gunmen managed to reload their weapons three or four times.

“They didn’t shout anything,” he said. “They were shooting people on the floor.”

He says he was located near the top of the stage during the incident.

While the gunmen were reloading, Pearce managed to find an exit. He climbed on top of the stage and went for it.

He made it to the street, where 20-25 people lay splayed across the road — many dead or injured very badly.

Pearce said he ran 200 meters with an injured teenage girl to catch a taxi, and told the cabbie to get her to the hospital.

When he spoke with CNN, Pearce said still has friends inside. He was communicating with them by text message; they’re hiding, not sure if they are safe yet.

“This is terrible,” he said, his voice cracking. “It was horrible.”