Seventy-nine people are confirmed to be either dead or missing and presumed dead, and the number is expected to increase further, police have revealed. Metropolitan Police Commander Stuart Cundy said five people had been formally identified and 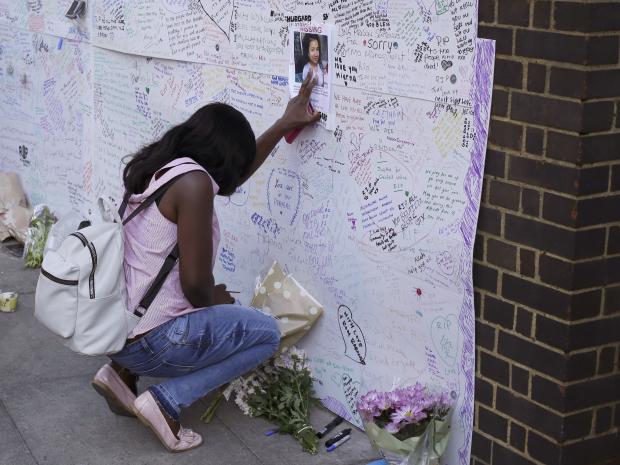 Seventy-nine people are confirmed to be either dead or missing and presumed dead, and the number is expected to increase further, police have revealed.

Metropolitan Police Commander Stuart Cundy said five people had been formally identified and the rest of those missing following the blaze were “sadly” presumed dead.

He told reporters the “awful reality” was that due to the intensity of the fire and the devastation it had caused, it may not be possible to identify all the victims.

Some families have lost more than one member, he said, adding that his “heart went out to them”.

The announcement came ahead of a minute’s silence to be held at 11am across all Government buildings to remember the people who lost their lives and all those affected by the fire last week.

Mr Cundy fought back tears as he told reporters about the scene inside the 24-storey tower in north Kensington, saying it had been “incredibly emotional” working in there.

Footage from inside the gutted building, released over the weekend, shows the extent of the damage caused by the blaze.

“It is incredibly emotional working in there, but we will do it with our utmost professionalism, and we will do everything we can as quickly as we can to locate and recover everybody who is in there,” Mr Cundy said.

When asked whether the number was likely to increase further, he said: “Today I know there are 79 people who are either confirmed dead and have been identified, or are missing and sadly I have to presume are dead. I do think there will be some change to that number.

“The work we are doing is about trying to find those people to see if they are safe and well. Thankfully, over the last few days, we have identified five people who people believed were missing, are safe and well.”
Source: The Independent