Go west for democracy, stay east for the economy

By Charles Onyango Obbo Since the July 2015 vote in Burundi, all the East African Community countries except South Sudan have had elections. The latest were Rwanda on August 4, and then Kenya a few hours ago 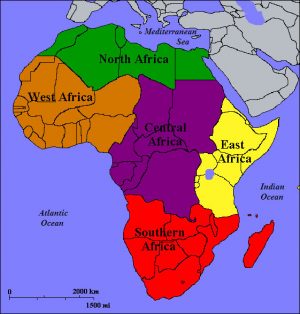 Since the July 2015 vote in Burundi, all the East African Community countries except South Sudan have had elections.

The latest were Rwanda on August 4, and then Kenya a few hours ago on August 8. In all the elections, except Rwanda, the Oppositions rejected the result as rigged.

Of course the opposite is also a possibility. That the incumbents win honestly and the Opposition, as the victors have argued, are just bad losers.

So, let us say more gently then, that there is no consensus on the outcome of the majority of EAC elections.

If you widen the East African scope, and rope in Somalia and its semi-autonomous territories, Djibouti, Ethiopia, Eritrea; dip southwards to Mozambique; and then bring in the Democratic Republic of Congo, it’s only in Somalia that they don’t cry often. In one of the great ironies of our times, it’s because the Opposition there have a greater chance of winning elections than elsewhere in the region.

In Eritrea, they don’t cry at all, because there is no vote.

If we cross to West Africa, we find a different story. In the last handful of years, it has had generally non-controversial elections where incumbents lost in the key regional nations — Nigeria, Ghana, and Senegal.

Earlier in the year when strongman Yahya Jammeh rejected defeat in The Gambia, the regional bloc Ecowas sent in troops and kicked him out into exile, handing power to winner Adama Barrow.

Jammeh didn’t take it well, at all. He has become so difficult to live with, the last time we heard his beautiful second wife, Alimah Sallah, had filed for divorce.

It’s intriguing how East and West Africa are turning out differently. The well-performing economies, and fastest growing populations (barring Nigeria), are in East Africa — Ethiopia, Tanzania, Rwanda, Kenya, and Djibouti.

The fastest democratising nations are in West Africa, and some of them like Cote d’Ivoire and Senegal, have also managed to post decent economic growth rates.

Both inside and outside Africa, analysts are conjuring up a picture of an East Africa with the continent’s largest population — and therefore consumers — and lucrative economies. Most people in the region, however, could be living in illiberal democracies at best. Many of them will be very rich, but in societies riven with inequality. Kind of like China.

Most of West Africa, on the other hand, could be like Western Europe today. Comparatively smaller populations, just rich enough, less unequal, and mostly free.

One wonders why this is so. It can’t be that the winds from the Atlantic carry democratic moisture, and the ones from the Indian Ocean have more authoritarian particles.

Anyhow, assuming in the next 25 years Africa will be a more open continent for other Africans to travel around in, this picture might be just perfect.

A pan-African businessperson would set up his shop in Dar es Salaam or Ethiopia, and make his fortune there.

Then he or she would carry their money and go and buy a home in Abidjan or Dakar, and spend holidays there safe in the knowledge that the secret police will not be peering over their fence, and that their expensive house will not get burnt in post-election violence.

At least, there will be real choices.