Ginbot-7 “the Authoritarian Isayas regime is an Angel”

Today we are in an important season after the Arab spring where many people in African and Middle East are desperate for change and are fighting for their basic human rights and rule of law. 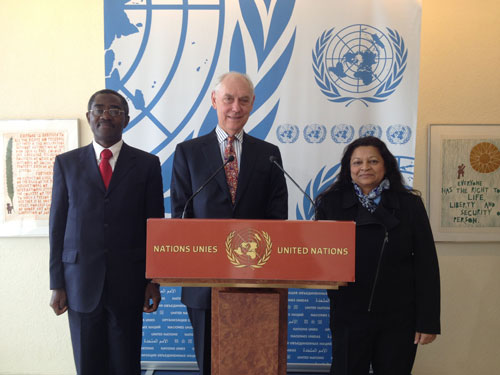 Today we are in an important season after the Arab spring where many people in African and Middle East are desperate for change and are fighting for their basic human rights and rule of law. Eritreans are also in a middle of very decisive struggle for rule of law and democracy and the Ethiopian people are expected to appreciate and support our cause.
People in Eritrean lived under oppression and fear for the last 21 years; as a result people are continuously expressing their opposition’s through various means. The ruling regime in Eritrea who has no regards to humans rights and rule of law has put the whole country into disaster and resulted into a culture of hopelessness among the people. Today in Eritrea all aged from 18 to 70 is under conscription and living in fear as a result the young people are desperate to leave the country to live in places where there is no forced conscription and no rationing of their daily bread.
The Ethiopians people understand what is living under authoritarian regimes and they are the first people who show compassion for Eritreans.  Despite the regimes rhetoric against Ethiopia and Ethiopians many Eritrean people are flooding to the Northern Ethiopian villages for refuge. This is a clear indication how the two people are deeply interrelated and help each other.
The Eritrean people suffered serious abuse under the hands of the authoritarian Isayas Afwerki and after years of cry the international community has realized the extent of the human rights abuse in Eritrea and are investigating it. For such type of crimes committed in Eritrea, the prime witnesses are those who lived in Eritrea the last 21 years and still are living under those conditions. The commission of inquiry were refused to enter Eritrea to do their job, fortunately they are able to hear from many abuse victims who run away from Eritrea in recent years. Those victims are claiming with graphic presentations and proof that an abuse had happened on them. Is not it an irony to threaten victims for you have never been part of it?
Why on earth are we threatening those people as false witnesses?
Do our culture and our consciences allow us to stand with the dictator and threaten the victims?
The commission of inquiry is preparing to another hearing on the human rights abuse in Eritrea and all Eritrean people are desperate to hear a positive outcome of this hearing despite few self-centred supporters of the dictator.
At this time the Eritrean victims of the brutal dictator expect the Ethiopians to stand along the victims and be a voice to them. It is the responsibility of every one to bring those who commit crime to trial. As a matter of fact, the international community are preparing to take serious measures on some individuals from the regime. However some opposition parts including Ginbot-7 are making serious historic mistake by alienating themselves with the dictator (what hypocrisy?) If those people are fighting for a rule of law in Ethiopia then what are they advocating when it comes to Eritrea. They claim the Authoritarian regime in Eritrea has not done any abuse and is pure like an angel. They are not only blessing the regime themselves but also they are coercing their fellow Ethiopians to endorse their actions.
There is always tomorrow and for someone who claims fighting for a rule of law and democracy do not you dare the Eritrean people also deserve that? Ginbot-7 and other Ethiopian oppositions and their fellow Ethiopians please refrain from alienating yourself with the dictator for he is going to go soon.