Ghirmay Shibeshi Yeibio, died on Wednesday April 26, 2017 at the Health Sciences Centre in Winnipeg, Manitoba. Ghirmay was born on Sept. 18, 1955 in Addis Ababa, Ethiopia to his father Shibeshi Yeibiyo and his 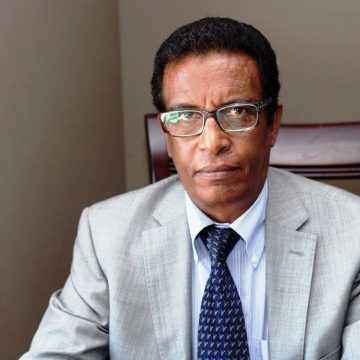 Ghirmay Shibeshi Yeibio, died on Wednesday April 26, 2017 at the Health Sciences Centre in Winnipeg, Manitoba. Ghirmay was born on Sept. 18, 1955 in Addis Ababa, Ethiopia to his father Shibeshi Yeibiyo and his mother Letemichael Baraki. He attended Cathedral Elementary School, Teferi Mekonnen High School, and the University of Addis Ababa.

Before his resettlement in Canada in 2001, Ghirmay worked with various companies in Ethiopia Including the Ethiopian Airlines and Commercial Bank of Ethiopia among others.

Ghirmay is remembered by most for his long time human rights activism and advocacy for immigrants bringing the often forgotten case for Eritrean immigrants to the attention of Canadian immigration authorities.  As president of the Community of Eritrean Canadians in Manitoba Inc. and other channels he had been a relentless voice for Eritrean immigrants around the world, working with the government of Canada for the resettlement of Eritrean Refugees in Canada.  Through his selfless efforts hundreds of Eritrean immigrants have been resettled in Canada. Ghirmay will be dearly missed by the Eritrean Community in Winnipeg but the lives he has touched through his love for his people will continue to be living testimonies of the caring gentleman he was.

Ghirmay is survived by his two Children Michael Yeibio and Yoseph Yeibiyo and three grandchildren Emmanuel, Ariana, and Sarah.