Martin Patzelt, a member of Angela Merkel’s CDU party, advocates more humane refugee policies amid increasing tensions in Germany over immigration. A German MP from Angela Merkel’s party has put his money where his mouth is 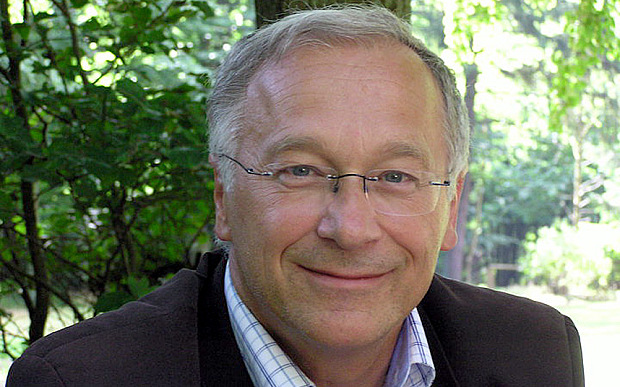 A German MP from Angela Merkel’s party has put his money where his mouth is by welcoming two asylum seekers into his home – and urged fellow citizens to do the same.

Martin Patzelt, a member of the Christian Democratic Party (CDU) and advocate of more humane refugee policies, now shares his house with two men who have fled from Eritrea.

But the MP’s calls for Germans to take in refugees has seen him receive death threats amid increasing tensions in Germany over immigration.

The two new housemates, Haben, 19, and Awet, 24, live in the attic level of the home Mr Patzelt shares with his wife Katharina in the village of Briesen, Brandenburg.

Mr Patzelt and his wife started chatting with the two men at the local church and invited them to dinner. The two refugees later asked whether they could move in with them.

“We said yes,” Mr Patzelt told German newspaper Die Welt. “We want to give them a help start here, to help them learn German and to release them some day back into society, like our own children.”

Mr Patzelt called on his fellow citizens to actively engage with the immigration crisis instead by taking in refugees, and challenged Mr Ströbele to do the same.

He wrote: “I propose that we both, you and I, personally take in one or two refugees to live with us, until they are offered a humane, individual accommodation instead of being quartered in mass accommodation.”

Mr Patzelt, who was mayor of Frankfurt on the Oder river for eight years before being elected as an MP for the CDU two years ago, didn’t receive an answer from Ströbele, but he did receive anonymous death threats from citizens.

“Many found it an imposition even to think of taking in a refugee,” said Mr Patzelt, adding that Germany ultimately has to find a solution.

Haben and Awet, who have lived for a year and a half in Germany, both fled their countries and managed to reach Libya before sailing in a wooden boat to Europe.

Eritrea’s dictator Isaias Afewerki rules over a highly repressive regime. The country of six million people in the Horn of Africa provides about a quarter of all asylum applications in the European Union.

Mr Patzelt said that the pair “don’t represent a substantial burden for us”.

The family receives €100 (£71) per refugee each month from authorities for expenses, and the two men also receive money from the state for clothes and food.

It is cheaper for the state to house the refugees with the family than is would be to place them in a refugee home, which would cost around €2,000 a month.

The Federal Office for Migration and Refugees is currently deciding on their residency status following their hearing.