From Arizona to Eritrea, a deadly start to 2017 for migrants: IOM

More than 400 migrant deaths have been recorded so far in 2017, including on the Mediterranean crossings to Europe from North Africa and the route into the United States from Mexico, the International Organization for 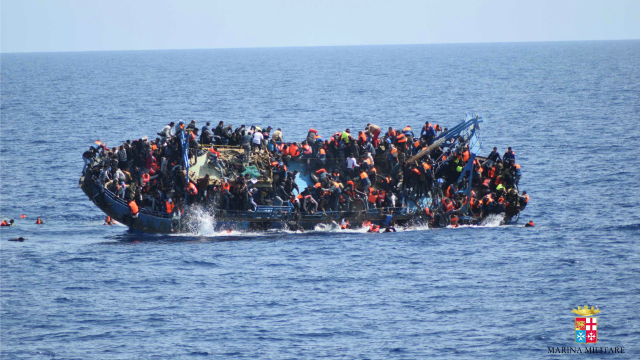 More than 400 migrant deaths have been recorded so far in 2017, including on the Mediterranean crossings to Europe from North Africa and the route into the United States from Mexico, the International Organization for Migration said on Friday.

The deaths were recorded in the slow winter months and the IOM fears the toll will rise in the warmer weather, spokesman Joel Millman told a U.N. briefing in Geneva.

“Forty days into the year we’ve recorded almost 420 deaths worldwide of migrants, which is a rate of about 10 a day,” Millman said. “That is half of last year’s total rate.”

The IOM receives migration data sporadically. This week an update from Pima county in Arizona added 15 deaths to the total from a single county on the U.S.-Mexican border. It was unclear when the deaths occurred, he said.

“We’ve seen drownings in the Rio Bravo on the other side of the border at a much more robust pace than this time last year. We don’t know if this is reflecting more traffic or just a very unlucky stretch. It’s impossible to speculate on the motives,” Millman said.

Asked if people could be rushing to enter the United States before U.S. President Donald Trump tightens border controls, he said the strengthening U.S. economy might also be a lure, spurring an earlier rush than the usual mid-March “commuting season”.

In Europe, migrants and refugees are crossing the Mediterranean in far smaller numbers than a year ago, after the route between Turkey and Greece was effectively shut down, but traffic has become much heavier on the smaller and more dangerous route between North Africa and Italy.

Although many bodies are never recovered from the sea, information from activists tracking social media for enquiries about missing family members show those nationalities are most at risk.

Many other migrants die in the desert or in detention centers in Libya, or are killed along the way.

“Eritreans are known to be Christians, and quite a number of them have a cross tattooed on their foreheads. That’s always been a source of great danger crossing parts of North Africa and into the Sinai,” Millman said.

In South America, migrant mortality so far this year is twice the rate of a year ago. “That doesn’t bode for a very safe year ahead,” Millman said.