The first two families have arrived in Latvia under the terms of a European Union plan to redistribute asylum seekers from warzones, Latvia's Interior Ministry announced Saturday. At a press briefing held at Latvia's only asylum 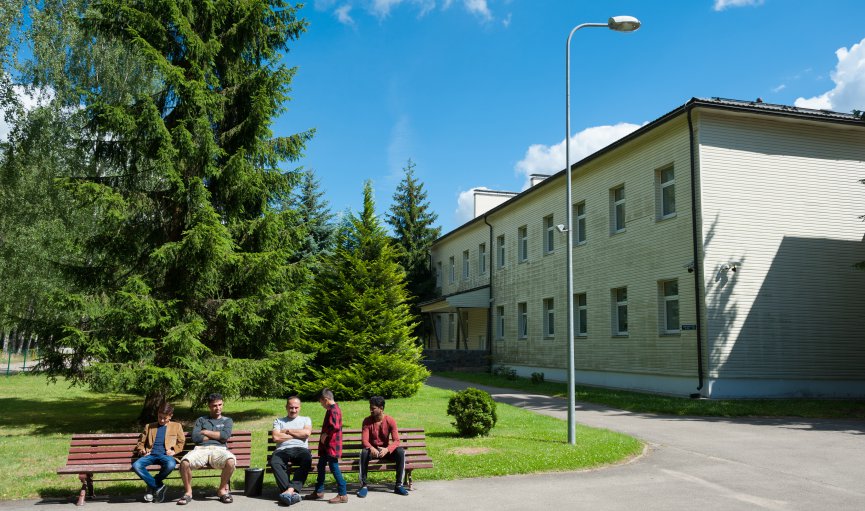 The first two families have arrived in Latvia under the terms of a European Union plan to redistribute asylum seekers from warzones, Latvia’s Interior Ministry announced Saturday.
At a press briefing held at Latvia’s only asylum seeker center, at Mucenieki on the outskirts of Riga, Interior Ministry official Ilze Petersone-Godmane said the two families consisting of two adults and one young child in each case, had freely chosen to seek refuge in Latvia .

“All the adults have higher education… and have expressed willingness to learn Latvian and integrate into Latvian society,” Petersone-Godmane said.

Their skills included hotel management, hairdressing and fashion design and had genuine reasons to leave their homelands in fear of their lives, she added.

Moreover, the new arrivals – who speak English as well as their native tongues – had read up on Latvia via the internet and with information supplied by officials.

“They knew about and chose to come to Latvia, not just to any destination… We have of course warned them that there will be huge media interest in them, but during these first days we ask that you allow them to settle in,” Petersone-Godmane asked the media.

Their backgrounds were extensively checked before embarking on their journey northward from Greece and upon arrival in Latvia, according to internationally agreed procedures and the Asylum Law, they submitted applications for asylum seeker status, were fingerprinted and issued with suitable documents, border guard official Marks Honavko explained.

“The children were of course a little scared, but they got to sleep last night,” he said.

Latvia has agreed to take in a total of 531 refugees from Italy and Greece, with the possibility that number could rise to a maximum of 776 if agreement can be reached with other EU member states.

However, all political parties are against the introduction of any form of compulsory quotas by the EU.

The news from Latvia contrasted with elsewhere in Europe where anti-immigrant demonstrations are being staged in several countries, led by Germany’s Pegida movement.

But Riga also witnessed a demonstration with Latvian Radio reporting that around 200 people gathered at the Freedom Monument to protest against migrants.