By JOSEF FEDERMAN, Associated Press JERUSALEM (AP) — The death of an Eritrean migrant who was shot and beaten by a mob that mistakenly believed he was a Palestinian attacker set off a round of soul-searching 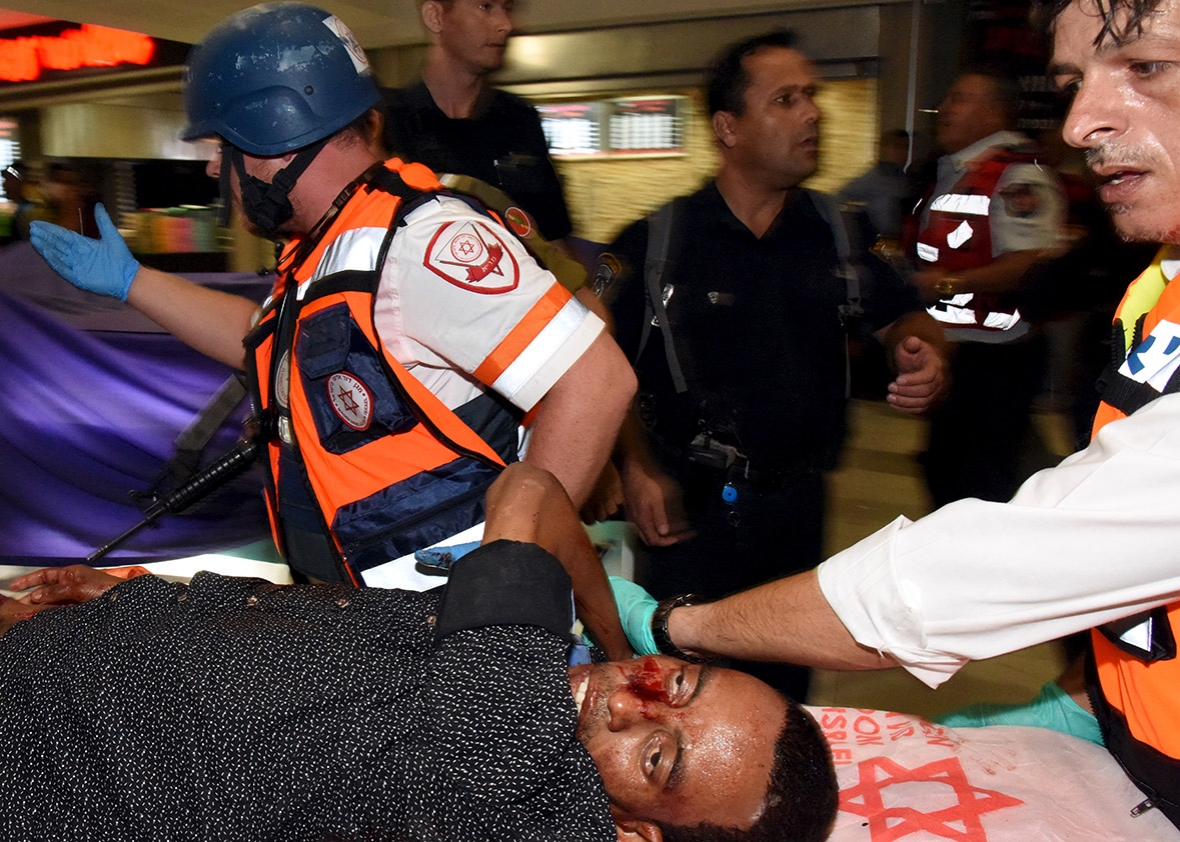 JERUSALEM (AP) — The death of an Eritrean migrant who was shot and beaten by a mob that mistakenly believed he was a Palestinian attacker set off a round of soul-searching Monday amid the jittery atmosphere sweeping Israel in a wave of unrest.

Prime Minister Benjamin Netanyahu condemned the vigilantism. Some critics accused Israel’s leaders of fostering the charged climate, while others called for the swift prosecution of the crazed mob.

“It is a disgrace to Israeli society, and those that carried out this lynching need to be found and brought to justice,” said Yaakov Amidror, Netanyahu’s former national security adviser.

“Even if it was the terrorist himself, by the way, after he was shot, after he was neutralized and lying on the floor, you need to be an animal to torment him,” he told Israel Radio.

Nine Israelis have been killed in the past month in the attacks, mostly stabbings, on city streets. At least 41 Palestinians have been killed — including 20 identified by Israeli authorities as attackers; the rest were slain in clashes with Israeli forces.

Amid the seemingly random attacks, Israelis have stocked up on mace and pepper spray, and some public officials are openly carrying personal weapons and encouraging the public to do the same. Security has been increased, and especially in Jerusalem.

The violence has led to fear and sometimes outright panic.

Following an attack at Jerusalem’s bus station last week, a swarm of security forces and armed civilians ran along a central road in search of a second assailant following a false alarm. Elsewhere, an Israeli man stabbed a fellow Jew after mistaking his dark-skinned victim for an Arab. Palestinians in Jerusalem say they are afraid of being shot if perceived to be a threat.

But Sunday night’s mob scene at the bus station in the southern city of Beersheba took things to a new level.

The violence began when an Arab with a knife and gun killed a soldier, stole his weapon and opened fire, wounding nine people before being killed by police.

In the mayhem, Habtom Zerhom, an Eritrean migrant in his late 20s, ran into the station to seek cover, police said. A security guard, mistaking Zerhom for an attacker, shot him.

As the young man lay on the floor, a mob cursed him, kicked him and hit him with objects. Security camera video showed Zerhom in a pool of blood as he was rammed with a bench and kicked in the head by passers-by, while an Israeli officer and a few bystanders tried to protect him. Zerhom later died at a hospital.

“It doesn’t matter if it was a terrorist or not. It was a man lying on the ground that couldn’t move. I couldn’t sleep at night from seeing him, his blood,” Meir Saka, a passer-by who tried to protect the Eritrean, tearfully told Channel 10 TV.

An Israeli identified only by the first name Dudu told Israeli Army Radio that he regretted participating in the attack.

“If I would have known he wasn’t a terrorist, believe me, I would have protected him like I protect myself,” he said. “I didn’t sleep well at night. I feel disgusted.”

Meeting lawmakers from his Likud Party, Netanyahu condemned the vigilante violence and sent his condolences to Zerhom’s family.

“We are a law-abiding country,” he said. “No one should take the law into their own hands.”

Police said they were reviewing the security video to identify the mob. As of late Monday, no arrests had been announced.

Critics said the shooting was the result of the charged atmosphere. Jerusalem Mayor Nir Barkat, for instance, has openly called on all licensed gun owners, like himself, to carry their weapons to help back up overstretched security forces.

“The death of an asylum seeker at the hands of security guards and an angry mob is a tragic but foreseeable outgrowth of a climate in which some Israeli politicians encourage citizens to take the law into their own hands,” said Sari Bashi, director for Israel and the Palestinian areas of Human Rights Watch.