Nevsun cuts mine life in half at Bisha 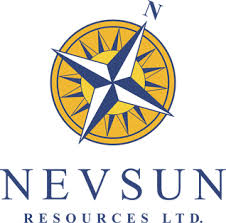 On 17 August 2017, The Northern Miner (Global mining news) reported, following a conference call with the newly appointed Nevsun CEO, Peter Kukieliski, that the Bisha mine reserve life has reduced from 8 to 4 years (closes in mid-2021).

The decision to reduce Bisha mine life was apparently due to Nevsun “no longer considering mining the larger Phase 9 open pit, primarily due to increased operational risk associated with increased capital spending, reduced recoveries, and the operational complexity of nearly doubling the ore and waste movement to meet feed and stripping requirements”.

Bisha is one of only two Nevsun worldwide operation. The second, Timok Project, is in Serbia; Nevsun has a 100% and 60% stake in the Upper and Lower Zone respectively. The two Zones are currently at the development phase, expected to start mining in 2021.

Nevsun’s capital allocation for 2017 has been rejigged as a result of the strategic review. The initial allocation to Timok Project of $62m has been cut by $8m whilst the allocation to Bisha increased by $24m to $41m. This capital allocation prioritisation in some ways reflects Nevsun’s outlook on the two operations in that Bisha is now seen as a short-term venture requiring capital injection to meet the shortened life span – in part by deploying new mining equipment to expedite extraction. On the other hand, the management outlook for Timok Project seems to be long-term and it now appears to be a “number one priority” for Nevsun.

Financial research analysts’ reaction to Nevsun’s strategic review was mixed. Of 10 analysts[1]; 4 downgraded their target share price [“sell”], another 4 rated the shares as “hold” with only 2 issuing a “buy” rating. The news pushed down the share price even further at the Toronto Stock Market to $2.69; only marginally higher than their 52-week low but well below their high of $4.63.

One of the research analysts, Haywood Securities, pointed out that the political and human rights abuses in Eritrea as one of the factors in downgrading their rating.  They said “We rate Eritrea as one of the most socio-politically sensitive countries in the world for a mining company to operate in: The country is a one-party state in which national legislative elections have been repeatedly postponed, according to Human Rights Watch, and the Eritrean government’s human rights record is considered among the worst in the world.” Adding “many investors have avoided Nevsun and will not invest in the stock for ethical reasons.”

The Northern Miner’s full briefing is noted below.

The Stanford University educated civil engineer who joined the company in May is moving quickly to put his expertise to work in re-assessing Nevsun’s strategic and capital allocation plans.

On a conference call earlier this month, the mining executive told analysts and investors that his decision to join the company “was an easy one” given its “talented people” and “two great assets” — the Bisha copper-zinc mine in Eritrea and the Timok copper-gold project in Serbia.

But the CEO, whose lengthy track record in the industry includes managing global mining assets in senior positions at larger companies, such as ArcelorMittal, Teck Resources and Falconbridge, is shifting gears at Bisha and Timok — saying his priorities are to allocate capital efficiently, while expanding and diversifying the company’s asset base.

After a strategic review that included several trips to Serbia and Eritrea, Kukielski has revised the company’s timeline to complete a prefeasibility study on Timok until the first quarter of 2018, rather than September 2017, as previously scheduled, and is trimming capital spending on Timok this year to $54 million from $62 million. Nevsun will provide the market with an interim update on Timok in an updated preliminary economic assessment before the end of October 2017, he said.

The additional effort spent on the PFS will cut the time needed for a feasibility study, he explained. In the meantime, the company will proceed with plans to start building a decline at Timok in the fourth quarter of this year. He is also holding fast to Nevsun’s target of starting production there in 2021.

At Bisha, the company has decided it will only fund the capital for a four-year open-pit, rather than the larger, eight-year operation, that had been envisioned initially.

“The capital allocation decisions announced this quarter are evidence of our action plan being put to work,” Kukielski said on the conference call. “These include, first, the decision for the most prudent allocation of capital to proceed with a smaller open pit at Bisha with a shorter mine life. Next, resetting the timetable to deliver a PFS for Timok in early 2018 to complete the appropriate level of front-end engineering. Each of these decisions support our most important strategic initiative, currently, which is the development of Timok and the start of mining there in 2021.”

On the exploration front, Kukielski confirmed that Nevsun “will continue prudently investing in exploration as a driver of growth across the company.”

In Serbia, he said, management is excited about exploration opportunities in its portfolio. It has seen encouraging results in Timok’s Upper Zone and allocated additional capital to an expanded exploration program targeting new high-grade discoveries near surface. The Lower Zone also has great potential, he noted, although the depth of mineralization “provides some challenges.” Other earlier stage and smaller scale projects in Serbia and further south in Macedonia will continue to be evaluated, he said, and exploration dollars will be allocated “in a disciplined manner.”

At Bisha, Nevsun will complete its 2017 exploration program “by evaluating high priority greenfield targets,” he said. “We have announced a large number of other targets in our large licensed area, and I expect we will continue to fund regional exploration in 2018. And within 20 km of the existing mill, we have nearly 58 million tons of regional resources. Converting regional resources into reserves remains a longer-term target and with existing mill infrastructure to leverage — it makes sound business sense.”

Kukielski says regional exploration spending at Bisha will remain unchanged at $9 million for 2017. At Timok, the company has completed all planned infill drilling (30,000 metres) but has recently started a $4 million, 10,000-metre drill program, which was approved in April, to look for additional nearby, high-grade Upper Zone type deposits, with two rigs drilling since June 30. It has spent $9 million so far this year drilling in the Lower Zone. It has drilled 29,000 metres to date and is targeting another 16,000 metres of Lower Zone drilling this year, with 11 rigs drilling as of June 30.

Nevsun’s strategic plans were unveiled in conjunction with its second quarter results.

Nevsun recorded a $70 million non-cash, pre-tax write-down of Bisha in the second quarter. The impairment included long-term stockpiles of $59 million and mobile equipment of $11 million.

The decision to mine a smaller pit over four years means that proven and probable reserves at Bisha and a satellite pit called Harena have declined from 22.2 million tonnes to 9.6 million tonnes, grading 6.16% zinc, 1.05% copper, 0.69 grams gold per tonne and 44.9 grams silver. At a processing rate of 2.4 million tonnes a year, the Bisha operation now has a reserve mine life to mid-2021 (prior plan 2025).

Under the new technical report, the company is forecasting 70% recovery of copper to copper concentrate and 77% recovery of zinc to zinc concentrate, down from the previous reserve estimate of 85% and 80%, respectively.

Bisha, 40% of which is owned by the State of Eritrea, has about 28 million tonnes of measured and indicated resources and 31 million tonnes of inferred within 20 km of the existing mill, the company noted, adding that while results of both the Harena and Bisha underground scoping studies were marginal, “converting regional resources into reserves remains a long-term objective.”

The large, high-grade volcanogenic massive sulphide (VMS) deposit at Bisha, 150 km west of Asmara, was built from 2008 to 2010 for about $250 million. Until mid-2013, the mine produced low-cost gold-silver dore from processing oxide ore. Through a $110 million copper expansion project, throughput expanded to 2.4 million tonnes per year of supergene ore and the product switched to copper concentrate. Nevsun started commissioning Bisha’s zinc expansion plant, built for about US$77 million, in June 2016. In addition to the main deposit, a satellite deposit called Harena lies about 6 km to Bisha’s south.

Analyst reactions to the news was mixed. Matt Murphy of Macquarie said that “while the update negatively impacted our valuation, we believe the new plan is more achievable and appears superior for near-term free cash flow versus our previous model.”

“Timok remains financeable without raising new equity under our assumed capex (about $550 million) and financing structure (about 50% project finance). Bisha needs to continue to improve to meet our expectations, however.”

Murphy reduced his target price by 16% to $3.60 per share but maintained his neutral rating.

Alex Terentiew of BMO Capital Markets downgraded Nevsun to market perform and cut his target price from $4.00 per share to $3.25.

“Management reduced Bisha’s mine life based on the decision to no longer consider mining the larger Phase 9 open pit, primarily due to increased operational risk associated with increased capital spending, reduced recoveries, and the operational complexity of nearly doubling the ore and waste movement to meet feed and stripping requirements,” he comments in a research note. “Management, it seems, may be taking a more conservative approach. Given the elevated risks and significant capex spending that would have been required for the previously considered open-pit expansion, it seems management is taking a more disciplined, risk-focused approach to ensure that the Timok project, its number one priority, is being executed appropriately.”

Haywood Securities’ Pierre Vaillancourt, maintained his hold rating on the stock, and noted that Timok, one of the highest-grade copper-gold development projects in the world, is a major component of the company’s future. “We estimate the project will add about 280 million pounds in annual copper production within five years and bring more of the company’s focus to Serbia.”

He also pointed to political risk and human rights abuses in Eritrea.

“We rate Eritrea as one of the most socio-politically sensitive countries in the world for a mining company to operate in: The country is a one-party state in which national legislative elections have been repeatedly postponed, according to Human Rights Watch, and the Eritrean government’s human rights record is considered among the worst in the world.”

The mining analyst also noted that although Eritrea’s conflict with neighbouring Ethiopia “appears to have subsided since the border war ended in 2011, tensions remain high, and the potential for renewed aggression remains.”

As a result, he added, “many investors have avoided Nevsun and will not invest in the stock for ethical reasons.”