By Dr. Wolfgang H. Thome, eTN Uganda | Jan 27, 2012 (eTN) - Eritrea’s dictatorial and radical regime has been fingered by Eritrean opposition groups, Ethiopian, and other international sources for alleged complicity in the recent 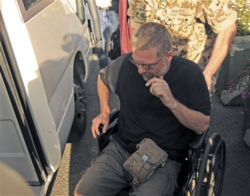 (eTN) – Eritrea’s dictatorial and radical regime has been fingered by Eritrean opposition groups, Ethiopian, and other international sources for alleged complicity in the recent spate of attacks on foreign tourists and abductions, as Ethiopian rebels granted safe havens inside Eritrea are suspected to have carried out the attacks.

A source in Addis Ababa, insisting on anonymity – not a strange demand considering the zipped-up attitude of the entire country vis-a-vis even friendly media – suggested that the rebels were aiming to disrupt the growing tourism business in Ethiopia to harm the country’ economy before adding that the country’s return to Somalia was in part to eliminate Eritrean-sponsored terrorist groups constantly inflicting hit-and-run attacks on Ethiopia.

“Eritrea thinks they are safe inside their territory, but the time will come when terrorists can no longer hide or be hidden as someone will come for them. The rescue of Americans from Somali terrorists should be the last reminder that it can happen anywhere, and there is now even the option of aerial survey and missions,” the source said, showing the growing anger and frustration in Ethiopia with neighbor Eritrea.

The two hostile neighbors fought a bitter war a decade ago over disputed border lines, which even a United Nations effort to map out the exact boundary lines could not defuse. Eritrea is widely suspected to be playing a major supportive role for the Somali Al Shabab and other Islamic radical groups, offering training grounds and supplies, as most recently seen when Kenya entered the conflict in hot pursuit of terrorist groups. Kenya went on to witness air supplies being delivered from Eritrea to the radicals and deployed Kenya air force units, which now control the skies over that part of Somalia, making renewed air supplies all but impossible to achieve.

Isolated in the region, Eritrea has been shunned from participating in IGAD and other regional bodies and affairs attempting unsuccessfully so far to bring about a change in behavior, which many observers feel must either come swiftly, voluntarily, and comprehensively or else might the Asmara regime be targeted directly to bring about the change that country needs to fully develop.

Meanwhile and predictably, Asmara has denied any involvement in the abductions but notably also done nothing to evict the terrorists from Eritrean soil, leaving relatives and friends of those missing, deeply worried about the safety of their loved ones.