Ethiopia’s prime minister has threatened to crush secessionist forces accused of stoking protests in the Oromia region, where security forces have reportedly killed hundreds of demonstrators. Protests began in Oromia—home to the Oromo ethnic group—in November 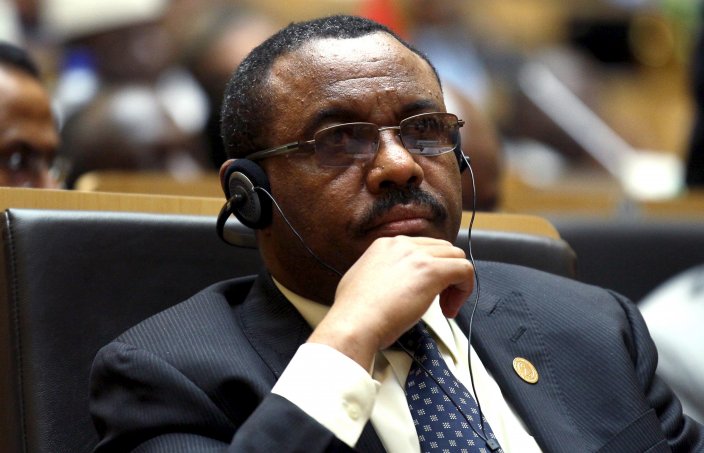 Ethiopia’s prime minister has threatened to crush secessionist forces accused of stoking protests in the Oromia region, where security forces have reportedly killed hundreds of demonstrators.

Protests began in Oromia—home to the Oromo ethnic group—in November 2015 over plans to expand the territory of the Ethiopian capital Addis Ababa. Oromo farmers raised concerns that increasing the size of the city would lead to forced evictions and loss of arable land.

The plans were dropped in January, but the protests continued and around 200 people have been killed so far, according to a report by Human Rights Watch (HRW) released on Monday. The Ethiopian embassy in London told Newsweekthat the HRW report is not credible and is based on “malicious statements, false accusations and unsubstantiated allegations from opposition propaganda materials.”

Prime Minister Hailemariam Desalegn said on state television that “destructive forces” in Oromia, backed by neighboring Eritrea, “are on a mission to subvert the system and change the government,” the BBC reported on Wednesday. “The government has realized there is need to take a decisive action based on law,” said Desalegn. Eritrea fought a war with neighboring Ethiopia over the country’s borders between 1998 and 2000, resulting in the deaths of around 100,000 people but only minor border changes.

The Oromo are the majority ethnic group in Ethiopia, making up 25 million of the country’s total population of 74 million at the last census in 2007. Oromos have clashed with the ruling Ethiopian People’s Revolutionary Democratic Front (EPRDF) before: An October 2014 report by Amnesty International said that at least 5,000 Oromo were arrested between 2011 and 2014 on the basis of suspected opposition to the government.

The Oromia region is also home to the Oromo Liberation Front (OLF), a secessionist movement that has been waging an independence struggle since 1973. The Ethiopian government has said that the OLF and opposition group Ginbot 7—both classified as terrorist organizations in the Horn of Africa country—are manipulating the protests against the capital’s expansion for their own ends.

The HRW report claims that the majority of the protests in Oromia have been peaceful and that demonstrators have been met with “lethal force” by Ethiopian security forces. In a statement sent to Newsweek , the embassy said that two groups of people were involved in the protests: peaceful demonstrators with “legitimate demands” and violent forces that use these demands “as a means of igniting violent confrontation” aimed at creating disorder. “The HRW report deliberately plays down the scale of the violence meted out by these aggressive protesters, but the evidence shows otherwise,” the statement says.

The embassy says that the Ethiopian government has carried out “extensive public consultations” in Oromia and has, as a result, dropped the Addis expansion plans and established an investigation to identify those responsible for the killings and destruction of property that occurred. Newsweek contacted HRW for a response to the embassy’s statement but did not receive an immediate reply.