Ethiopia Is at a ‘Very Critical Juncture’

After high-level assassinations, the country may still be in danger, says Human Rights Watch expert Felix Horne. Ethiopia marked a national day of mourning on Monday after four government officials, including the governor of the Amhara 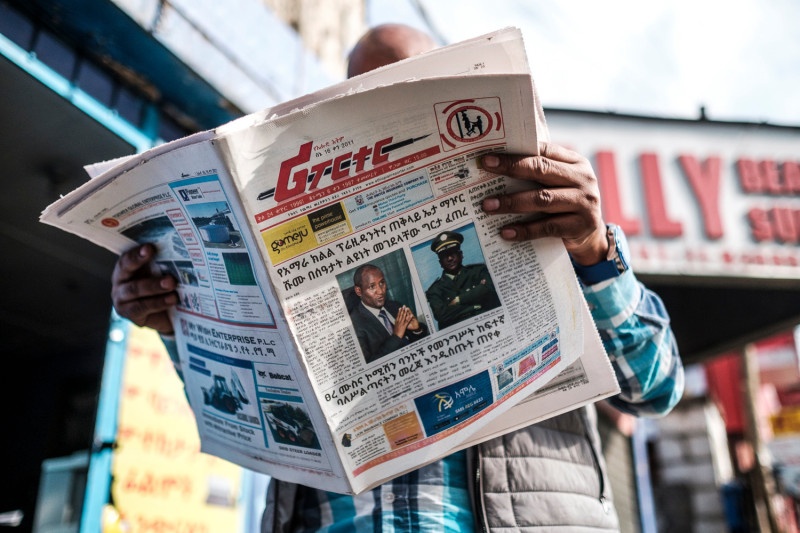 Ethiopia marked a national day of mourning on Monday after four government officials, including the governor of the Amhara region and the chief of the army, were assassinated over the weekend in dual attacks in Addis Ababa and Amhara’s capital city, Bahir Dar. State forces shot and killed Brig. Gen. Asaminew Tsige, a former political prisoner, who is allegedly responsible for the attacks, in Amhara state on Monday. Tsige was said to be resentful of perceived maltreatment by the central government, butthere remains some confusion about the nature and precise planning of the attacks.

Foreign Policy: How do the events of the weekend fit into Ethiopia’s broader political landscape?

Felix Horne: Under Abiy’s leadership there’s been a lot of very positive human rights reforms, but one of the ongoing concerns has been the breakdown in security across wide parts of the country. And I think so far that insecurity has manifested itself in a lot of ethnic violence. At present, Ethiopia has over 3 million internally displaced people. Over this weekend, we saw a slightly different manifestation of that breakdown. While Abiy has earned a lot of praise for his human rights reforms, I think it’s clear that some of those actors that are not supportive of the regime have made their mark.

FP: What do we know about Brig. Gen. Asaminew Tsige? What is his relationship to Ethiopia’s broader politics?

FH: He was in the army. He was one of the individuals behind an alleged coup attempt in 2009, and he was released along with many political prisoners in 2018, and then he was quickly appointed to be the regional security head of the Amhara region.

FP: What should we know about the regional politics at play here?

FH: The dynamics of the Amhara region are interesting because on one hand you have the ruling party, so the Amhara Democratic Party who are part of the ruling coalition, and who are closely connected to Abiy. But at the same time you have the rise of Amhara nationalism, which has been very pronounced the last couple of years. So a lot of people ascertain that the appointment of Asaminew to his position as head of the peace and security bureau in the Amhara region was to appease the rising Amhara nationalists, and as part of an effort to make the ADP more appealing to a broader swath of the population. Now over the last couple of months, he has been engaging in a lot of really strong rhetoric, saying that Amharas need to arm themselves—that they are facing a lot of threats. There’s been a lot of negativity toward the federal government. He’s also been actively recruiting people to join local militias. Lots of rhetoric against the Tigrayan government of the neighboring region—there is a lot of tension along those borders. So he’s very much been a divisive figure. So he’s very much at odds with the ADP and with Abiy’s broader reform agenda, and I think the events of this weekend need to be seen in that context.

FP: Do you think that anything like this was on Abiy’s radar, and how do you think his response could shift the situation?

FH: When the incident happened, Abiy went on national television dressed in military fatigues and urged the army to stay united. I think Ethiopia always had a very strong surveillance and intelligence apparatus. I think there’s a question mark over whether they were able to detect these types of threats ahead of time.

se, the country is still working to make sense of the consequences. Foreign Policy spoke to Felix Horne, an Ethiopia researcher at Human Rights Watch, about the country’s regional politics, the record of Prime Minister Abiy Ahmed, and what to look out for as Ethiopia confronts a volatile moment.