Ethiopia has declared a state of emergency following months of anti-government protests by members of the country's two largest ethnic groups. The Oromo and the Amhara make up about 60% of the population. They complain power 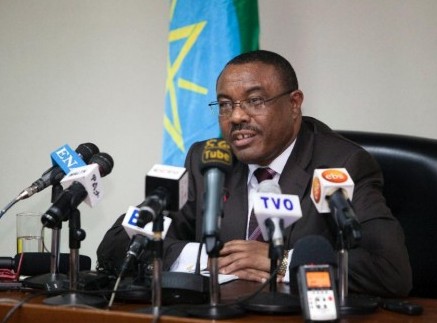 Ethiopia has declared a state of emergency following months of anti-government protests by members of the country’s two largest ethnic groups.

The Oromo and the Amhara make up about 60% of the population. They complain power is held by a tiny Tigrean elite.

Violence has intensified since last Sunday when at least 55 people were killed in clashes between police and protesters at an Oromo festival.

Tens of thousands have also been detained, they say.

Declaring the state of emergency, Ethiopian Prime Minister Hailemariam Desalegn said in a televised address: “We put our citizens’ safety first. Besides, we want to put an end to the damage that is being carried out against infrastructure projects, education institutions, health centres, administration and justice buildings.”

The state of emergency will last for six months.

BBC World Service Africa editor Mary Harper says the violent protests are the most serious threat to Ethiopian stability in a quarter of a century.

The protesters have been attacking foreign companies, she says, threatening Ethiopia’s reputation as a growing economy, ripe for international investment.

The details of the state of emergency remain unclear, but she adds that protesters have already shown they will not back down when faced with force.

Many roads into and out of the capital, Addis Ababa, are blocked by protesters.

The protests are for manifold reason, and include:

In the most recent unrest in Oromia, at least 55 people were killed in a stampede triggered by clashes between police and demonstrators at the annual Ireecha celebrations – a traditional Oromo seasonal festival.

Police fired tear gas to disperse protesters angered at their handling of the event, witnesses told the BBC.

Correspondents say that while the ruling coalition has some solid achievements to show for its 25 years in power, it has been unable to manage the transition from being a secretive revolutionary movement to running an open, democratic government.