Perhaps the ONLY positive achievement of the political regime that ruled for the whole 3 decades of the post-independence period was in the health sector, namely the significant reduction in under-five childhood mortality, maternal mortality, 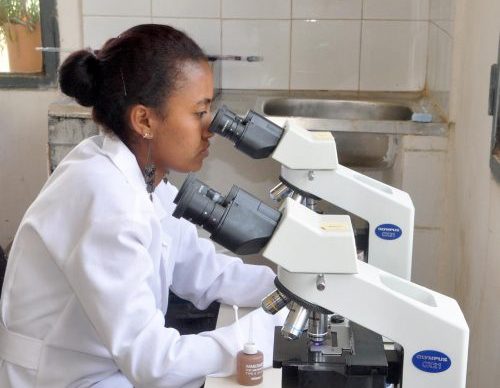 Perhaps the ONLY positive achievement of the political regime that ruled for the whole 3 decades of the post-independence period was in the health sector, namely the significant reduction in under-five childhood mortality, maternal mortality, > 90% coverage in immunization of children. These remarkable achievements were made possible through the tireless hard work of health workers: from community health workers, health assistants, midwives, nurses, pharmacists, lab technicians, sanitarians, physicians, public health professionals … Not forgetting the support – both financial & technical – of donor organizations, both international and bilateral.

The world has long since moved on from the MDGs to SDGs; and consolidating the gains made & achieving the health-related targets of SDG and responding to the increasing health demands of Eritreans will crucially depend on a dynamic and robust health system.

The BEDROCK of a national health system is its health workforce.

How many of Eritrea’s different health professionals have fled in the last two decades is difficult to establish. The Ministry of Health of the state of Eritrea, like everything else in Eritrea, doesn’t have an updated date on health personnel.

Out of a national total pool of roughly 500 medical doctors, at least 240 have already fled (at least 14 of these since the signing of the so-called peace agreement & 4 in the last 8 weeks of 2019). Here are the details: in 3 parts

Part I: Veteran (older) physicians (my age and older, educated in Ethiopia or other foreign nations)

Part II: Orota School of Medicine & Dentistry Graduates (the YOUNG!) out of 354 total graduates 174 have left! By their batch

1st batch (graduated 2019): all 31 graduated doctors have left the nation

Part III: Orota School of Medicine & Dentistry: Doctors in dentistry: at least 11 left out of total 51: