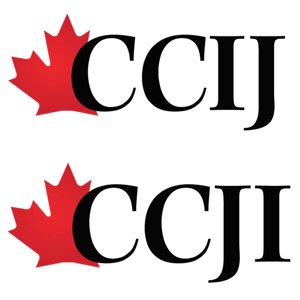 Vancouver, November 20, 2014. Three Eritrean men filed a civil lawsuit today in a Vancouver court against Nevsun Resources Limited (TSX: NSU / NYSE MKT: NSU) over the use of slave labour at Nevsun’s Bisha Mine in Eritrea.

The men allege that Nevsun’s local contractor, Segen Construction Company, which is owned by the Eritrean government’s ruling party, forced them to work on projects at the mine under abhorrent conditions and that Nevsun expressly or implicitly approved the use of slave labour, a practice alleged to be so widespread and inhumane that it constitutes crimes against humanity.

According to the lawsuit, conscripts were forcibly confined to the Bisha area, subjected to gruelling workdays and threatened with severe punishment if they left without authorization. They were made to survive on meagre rations and housed in deplorable conditions, the claim says, and all lived under a climate of constant fear and intimidation.

The legal team indicates that the case is before the B.C. Supreme Court because Nevsun, which owns a majority share of the Bisha mine, is headquartered in Vancouver and is incorporated under the laws of British Columbia.

“There is no chance that these men will ever obtain justice in Eritrea, where forced labour of its citizens and other severe human rights violations are practiced on an enormous scale by the ruling party,” said Joe Fiorante, Q.C., a partner with CFM. “We assert that Nevsun should be held accountable for the tremendous harm suffered not just by the plaintiffs but all those coerced by its local contractor into working at the Bisha mine site.”

The lawsuit alleges that Nevsun knew or should have known that Segen had been implicated in slave labour and that in hiring Segen for the Bisha project – Nevsun’s only operating mine – there was a high risk slave labour would be used. The filing claims that Eritrea is a rogue, dictatorial state with one of the worst human rights records in the world, and that it conscripts workers for long periods of time.

The B.C. case follows the filing of a similar Vancouver lawsuit in June 2014 against Tahoe Resources for the shooting of protestors in Guatemala. The suit against Nevsun represents the fifth active case of its kind in Canadian courts, in addition to an action now before the Supreme Court of Canada to enforce a multi-billion dollar judgment obtained in Ecuador against Chevron for environmental destruction.

“Survivors of abuses associated with Canadian mining companies are increasingly frustrated and vocal about the lack of redress in Canada because there is no meaningful government regulation or process to seek remedies from Canadian corporations,” said Matt Eisenbrandt, CCIJ’s Legal Director. “Survivors are turning to civil lawsuits as the only means for accountability and compensation.”

Dimitri Lascaris, a partner with Siskinds, said, “There is, regrettably, a long and ignominious record in the Canadian resource sector of companies doing business with repressive regimes.” He added, “We intend to shine a bright light on these relationships, and we hope to raise the ethical bar for Canadian resources companies that are profiting from their interactions with such regimes.”