Out of love, people care about their neighbors.  Yes, people seem to be concerned about their next door neighbors because if the neighbor’s house is ablaze, their house as well as their own safety would 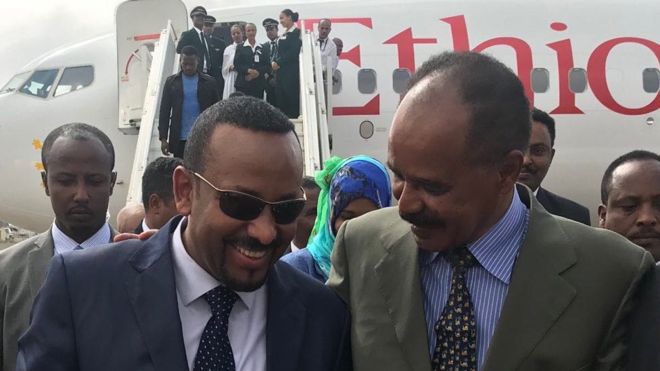 Out of love, people care about their neighbors.  Yes, people seem to be concerned about their next door neighbors because if the neighbor’s house is ablaze, their house as well as their own safety would be at stake.

Children of the neighborhood, through interaction, develop patience, humility and obedience before achieving dependability for pursuing joint and collective interest.  In the process no neighbor’s child is left out or neglected.  If people say, there is no place like neighborhood, it is because of the neighbors’ love and care for each other.

It is not unusual to see a neighbor borrow another neighbor’s newspaper.  In some cases, children of the neighborhood borrow one family’s mower to do grass-mowing business to make some money and help any needy child or children in the neighborhood.

When two neighbors reach to the level of sharing a pinch of pepper, it is believed that their children become inseparable and the children choose to be crammed into one room to play and spend nights together.  To give life and hope to the inseparable children, firstly the division of properties is removed by taking down the boundary walls or division line fences that were built on the properties.  Then, if the two neighbors feel committed to each other, the common wall is levelled or knocked down to allow free movement and provide spacious indoor play space for the children.

The good intentions got the two neighbors to knock down their houses’ common wall enabling them to empower their children to cross the division lines on their own (without visa) and to drop in unannounced.  With the division lines being made meaningless, sharing the necessities of daily life has enabled all to take delight in each other’s happiness.  Most of all, the parents (or the two ruling bodies) are committed to allowing the children (or the population of the two homes) to enjoy and have things without discrimination.

The world gave Dr. Abiy Ahmed of Ethiopia enormous thumbs up for convincing Isayas of Eritrea to accept the proposed change in the region of Horn of Africa.  A little more of embracing the change was expected from Isayas upon arriving in the capital city of Ethiopia.  However, Isayas surprised the world when he announced that he was relinquishing power to become a disciple of Dr. Abiy Ahmed.  It appears that Isayas believed that the good doctor deserved greater power to lead the proposed summation process or the fusion of two countries or three or four into one.  Some elderly people commended Isayas for letting the good doctor to lead for otherwise Isayas would rub off his oddness on the doctor.

Peace loving people were pleased by the dramatic turn of events to see Isayas in Addis Ababa placing his hands on his chest as an expression of love for the Ethiopian people.  Isayas! Who was condemning the Eritrean opposition members for going to Addis, he was seen not only relenting but also enjoying his days in Addis Ababa.  Isayas! Who was nursing hatred against the government of Ethiopia, he was there in the heart of Ethiopia to declare that the Eritrean and Ethiopian peoples were inseparable and one people.

The peace deal between Isayas and Dr. Abiy Ahmed was unconditional but with benefit.  Under the peace agreement’s benefit, Ethiopia obtained immediate access to the ports of Eritrea and Isayas got the promise of legging him out of Adi Halo or his secluse, where he has been hiding from the Eritrean people, the UN investigators, and demanders of enough is enough – game over Isayas.

Instead of legging out of his secluse quietly, Isayas welcomed the attached benefits by promulgating a new stand of saying get lost to all his adversaries including the Eritrean people, the UN, and Woyane.  The promulgated stand is tantamount to the tyrant’s continuation of his defiance.  Unfortunately, the promulgated stand has become a reason for downgrading Isayas from the spotlight the good doctor put him on back to his spot-darkness, very much like a caged man in his spot of Adi Halo.

The Eritrean tyrant’s wishes todate remain vague because he does not want to express his regrets first in order to enable himself turn all his regrets into good wishes in line with the proposed changes.  When Dr. Abiy Ahmed put Isayas on the hooks of change, the tyrant Isayas never knew that he had to come clean first.  Coming clean has been a long time awaited by those who were abused by him.

Eritreans are awaiting explanations on how and where the other half of the population disappeared into.  What interrogation techniques were used?  Where are those who were blind-folded and led into unknown prisons?  Why the threats of rounding up were used daily to send the Eritrean youth into hidings and to deny them the stepping stones necessary for their living peaceful lives?  It should not be forgotten that many of the tyranny victims have many stories to shed light on how people were/are brutalized and turned into yielding creatures including the repressive measures used to terrorize innocent Eritreans into silence.

History tells that many courageous leaders confessed and apologized for their cruelties and mistreatment of their people and then voluntarily put themselves to guillotine or condemned themselves to be hanged.  Those leaders even took their apologies further to begging forgiveness from their victims.

A meaningful apology from Isayas would be a good start to make the Eritrean people believe that his anger and bitterness would never influence his judgment.  Such an apology, as an admission of all mistreatments and cruelties committed on the Eritrean people, would lay foundations for the rule of law.  That apology would give a stop to the ongoing finger pointing because Isayas is taking all the blames and responsibilities on behalf of all those who were/are taking orders from him.

To give more healing energy to all victims or the families of the victims who were brutalized and tortured to death in the hand of those officers who did what they did on orders from Isayas or orders from Higdef, records must be opened for investigations.  The autopsy of Higdef and its branches will help to identify the techniques used to inflict economic and physical pains on innocent Eritreans.  To perform the autopsy, all those victims with direct evidences should be allowed to participate.

Can Isayas Deliver the Expected Changes?

Those who know Isayas well believe that he does not have the required vehicles to deliver the promised changes.  However, since the good doctor removed all the obstacles and freed him from fears and self-imprisonment, Isayas has to adapt the right leadership style to deliver the change so as to wrap up his transitional administration without any further delay.  Indeed, to achieve the expected changes, Isayas has to put the needed work and efforts into the process with the help from the UN and those countries that have interest in the proposed change.

Now, under the border crossing agreement, first thing must be given first.  Otherwise, the market forces will vehemently interfere to impose the needed changes.  The Sudanese experience is a good reminder to avoid similar reaction from Ethiopians.  Don’t let the Ethiopians feel like they have been taken advantage of, forcing them to close their borders like the Sudanese did.

The market forces are in the process of washing off the difference in currency rates and public freedom.  Under the border crossing agreement, Isayas cannot impose on Eritreans restricting their association and interaction with people.

If the border crossings are given a full freedom, Eritrea would be saved from the ongoing destruction and the fast sinking economy.  The regime of Isayas has to immediately abrogate the 5000 Nakfa withdrawing restriction from an account per month as well as the local travel permits from place to place inside Eritrea.  Let the public consumerism give a boost to the sinking economy.

Under the border crossing agreement, the Eritrean regime is expected to be back into the real world.  In a real world, if the regime is not capable of changing, the Eritrean people can help with the needed changes, if they are allowed to live their lives freely.

In order for the people to lead a peaceful life, they need the rule of law.  There is a difference in productivity between those living in fears and those leading free and harmonious lives.  That is why peace-building is necessary to end the regime’s no peace, no war policy in order to start prosperous and revitalized economy.  Such changes cannot be guaranteed without having a representative democratic government with well-developed rule of law on transparency and accountability to fight corruption and abuses of power as well as to check governmental dealings in secrecy.

No doubt, under the border crossing agreement, both countries should have rule of law.  Therefore, it is a must that Eritrea should implement its constitutional rule of law to protect the investors’ properties and to give each investor the needed confidence in the country’s legal and political system.  The implementation of the Eritrean constitution is long overdue.  This time, the constitution is needed to help Eritrea catch up and to provide maintaining measures necessary to comply with the signed border crossing agreement.

Celebrating the Eritrean Revolution Day and in support of the Geneva Demonstration,