Continuous change and improvement is a fundamental theme of a country’s revolution.  If the people’s living and working conditions fail to improve, it is time for a second revolution.  A good example is the recent 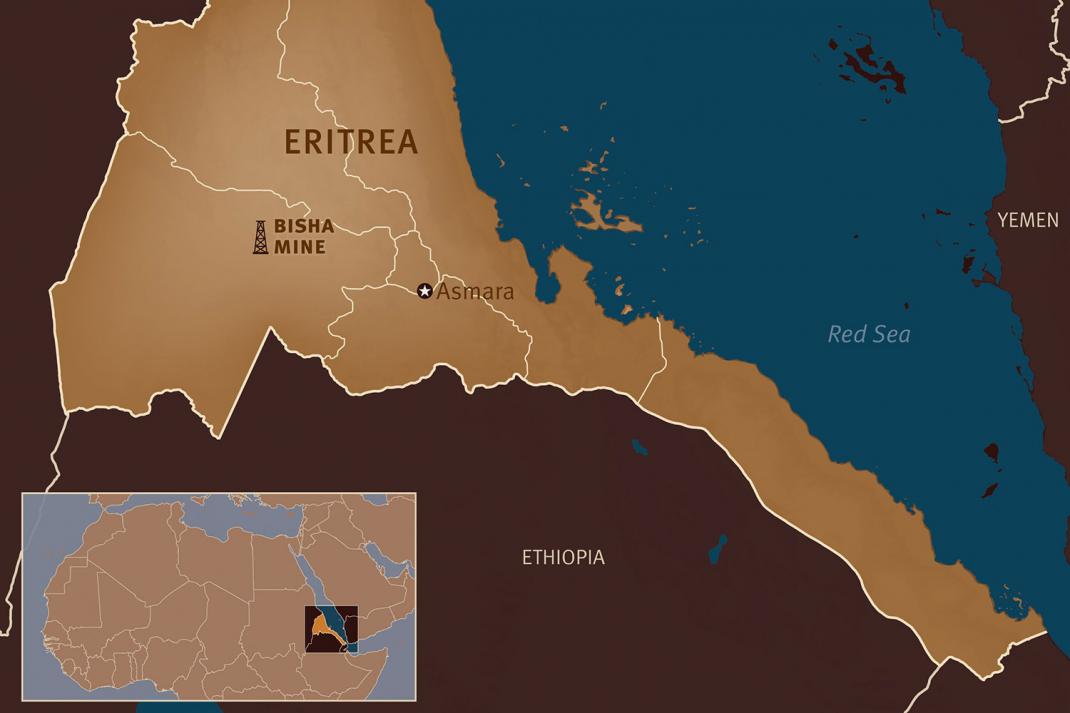 Continuous change and improvement is a fundamental theme of a country’s revolution.  If the people’s living and working conditions fail to improve, it is time for a second revolution.  A good example is the recent Sudanese revolution.  The French revolution, as the first public uprising, is remembered for its emphasize on the fact that all human beings are born free, equal in dignity and rights and its promise to continue the uprising until all the people’s demands for justice were met.

That is why on the Revolution Day, September First of every year, Eritreans have to review their achievements and disappointments in their fight against injustice.  It is also a day to assess the ongoing struggle against the tyrannical rule and to find out how to raise every Eritrean’s foreknowledge of the tyrant’s plots before he strikes a second attempt on the Eritrean sovereignty and independence.  Recently Eritreans have come to know that very few Eritreans had knowledge and spoke of the tyrant’s hidden agendas and the potential treasonable plots during the liberation era, expected to be hatched post-independence.  However, the Eritrean people were never prepared for the harsh facts that the Eritrean tyrant had put the word “transitional” [government] open to misinterpreting it as “transition” of Eritrea back into Ethiopia.

The day also calls on all pro-justice Eritreans to condemn those, be it local or external actors, who are on the side of the tyrant helping him to turn the Eritrean Revolution into a tangled deception where the tyrant is equated to the state, herding the entire population to serve him like a king.  As well, it is a day to salute those who are standing on the side of the Eritrean people at the time the tyrant’s betrayals have driven national feeling from shock to indignation.

Indeed, the first and foremost salutation goes to those pro-democracy elements within the Eritrean police and military forces whose sleepless eyes are watching the next moves of the tyrant following his rampage of betrayals on the Eritrean independence and sovereignty.

Revolutionary salutation is also due to the members of the organized opposition groups, ‘enough is enough’ movement and civil associations for keeping the Eritrean people’s hopes alive by injecting and disseminating Eritrean concerns and problems.

Revolutionary salutation is un-skippable to webmasters of the pro-Eritrean people websites, cyber political-activists and social media participants for raising awareness and playing the role of campaigners and foot-soldiers of the voiceless Eritreans thereby wheeling the pro-democracy forces to loud their voices against the tyrannical rule in Eritrea.

Lastly, the Eritrean Revolution day salutation goes to all those who helped and are helping the Eritrean refugees to find shelters ensuring that the refugees are cared for and felt safe.  As well, the salutation is due to those who are working day and night to mobilize resources to meet the needs of the refugees by getting the host countries’ authorized personnel involved in the refugees’ care with a focus to improve the refugees’ living conditions and protect their rights to better healthcare and education.

According to some Eritreans, it is a dishonest and unfair to disregard Minister Fozia Hashim’s courageous decision, inconsistent with the regime’s practice, to allow the two sides to sit together under one roof and to let the pro-people side bring their concerns to the floor.  Bringing the two sides, namely: the pro-tyrant and the pro-Eritrean people, to sit under one roof and listen to each other are believed to have created conducive climate for reconciliation between the two.  Indeed, that courageous decision deserves commendation and the praise is due to Minister Fozia Hashim and Higdef members in Dallas, Texas.

How Eritreans are Interweaving the Tyrant’s Political Culture into Theirs

The Eritrean tyrant does not accommodate different opinions.  Lately, he even went farther to labelling those who hold different political opinions as to be belonging to one regional area of Eritrea.  For years the tyrant has been exercising and practicing his policies of exclusion of those with different opinions.

For years, from the start, it has been the tyrant’s style of leadership for him to be surrounded by yes-men rather than listening to those with different views before reaching his final decision.  To the tyrant, different opinion implies criticism of him.  Indeed, the tyrant believes that those whose opinions excel can establish credibility and drive him out of attention.

Since different opinion is considered a political problem by the tyrant, he selects his yes-men and refines them through elimination.  Those who struggle with the imposed change and fail to become among the best yes-men expose themselves not only to further elimination but also to jail in accordance with the tyrant’s confidentiality measures to protect his secrets.

The elimination practice ended up the tyrant with the two Yemanes and Hagos Kisha.  It is said that the tyrant’s comfort-zone appears to have been defined that its confines to only include those who share his ancestral lineage.

Could the chosen comfort-zone be the best fit for the tyrant’s hidden agendas to be carried out safely and successfully with no risk of failure?  Similarly, the chosen comfort-zone could be a requirement of the terms for the secret dealings with the external actors who protect and guarantee the continuation of his authoritarian regime.  It goes without saying that the tyrant’s comfort-zone is also good for the secret agreements with the new Ethiopian Prime Minister, as well as for the tyrant to enjoy unchallenged power in striking compromises on the Eritrean sovereignty.

The chosen comfort-zone appears to be working for the Eritrean tyrant who continues to feel safe and secure so long his secrets are and remain in safe hands until his plots are successfully hatched.  On top of the tyrant’s comfort-zone, many Eritreans believe that the strategic local of Eritrea is a blessing to the tyrant and a curse to the Eritrean people.  It was not for nothing that the State of Qatar got into protecting the tyrant by bribing all the neighboring countries.  Even after the tyrant left Qatar to join its enemies, the State of Qatar never disclosed the reasons for its past choice and as to why it poured billions of money to protect the Eritrean tyrant.

Many Eritreans condemn the tyrant’s political culture.  The accusers of the tyrant designate his comfort-zone-ism as non-Eritrean.  As a matter of fact, the whole system, including Higdef members, is infused with the culture of comfort-zone-ism in their everyday politics.

The tyrant made it clear in the year of 1991 that he was for the same feather politics, when he declared that the just freed Eritrean country would accommodate no other political party other than his.  And when he felt threatened, the tyrant walked away from those he took the journey of liberation with, the G-15, because he saw that the best way to protect his interest was through comfort-zone-ism or same feather leadership.  The tyrant’s chosen comfort-zone-ism made ground for his one-man rule with the support of cronyism, nepotism, and systematic control of the country’s economy/politics.

The culture of comfort-zone-ism appears to have effect on every Eritrean.  When tragedies, even worse than those of the colonial days, reemerged under the tyrant’s rule, most Eritreans started to feel uncomfortable to discuss their concerns with any Eritrean.  That led them to comfort-zone-ism of their own, replicating the tyrant’s culture, which gave them comfort to openly share ideas and plans with close ones. Realizing that comfort-zone-ists are into practice of alienating or not treating other people equally on the account of being different feather, most Eritreans are now condemning those who have embraced or are practicing comfort-zone-ism.

Political Affiliation by Principle or Comfort-zone

The purpose of multiparty system is to allow each party to bring alternative solutions to the people’s representatives’ floor.  The parties are supposed to compete and not to compliment.  As such, political parties are not necessarily required to get along.  In fact, their difference is their way of contributing towards the country’s checks and balances.

Yet, it is weird to see some Eritreans resorting to comfort-zone-ism in their political activities.  Could it be due to weakness of reasoning power or the awaited power struggle or that their fear made them surrender to the Isayas’s style of leadership?  Such choices are making the struggle to end the tyrannical rule in Eritrea difficult.

The lack of clearness of what a nation is and the fear to deal with the fact that a house is for a family only while a country if for the whole population is leading the comfort-zone-ists to resolve their fear in their own way.  Yes, an inclination or way to only replicate Isayasism-like rule after the tyrant is gone.  It should be remembered that Eritreans have learned with supporting evidences that one-heartedness and one-mindedness in political party ends up in a tyrannical and one-man rule.

Indeed, the one-hearted and one-minded single party of Isayas was/is set to excluding and rejecting people with different political opinions.  In place of the dysfunctional single party, Eritreans should have a multiparty system that accommodates different political opinions, ensures rights to free affiliation, and encourages religious, regional, ethnic, tribal and cultural diversity.

No one is blindly condemning all ‘isms’ including regionalism, tribalism, village-ism, ancestral-ism, etc.  It is the Eritrean people’s current understanding that ‘isms’ promotes hateful rhetoric and is becoming source(s) of all types of conflicts.  Through specific ‘ism’ few Eritreans are seeking to strengthen their ethnic group power and that is leading others to follow suit.  When people exercise their ethnicity to empower themselves and exclude others it turns to become ethnic conflict, as learned from the current Ethiopian politics.

The Eritrean tyrant has already caused untold damages.  It is worth mentioning that the tyrant’s latest betrayals to compromise the sovereignty of the country and to neutralize the Eritrean identity served as a wake-up call to the fact that the Isayas’s comfort-zone-ism made Higdef, the single party, non-existent allowing the tyrant to surprise Eritreans with unexpected plots.  That wake-up call made immediate Eritrean people’s reaction necessary, shooting the Eritrean tyrant with the worldwide “enough is enough” demands.  In the face of all hurdles, what every Eritrean now needs is to participate in giving space to all other Eritreans to join hands in reclaiming the Eritrean dignity and respect and in facilitating healing and inclusion.

In celebration of the Eritrean Great Revolution