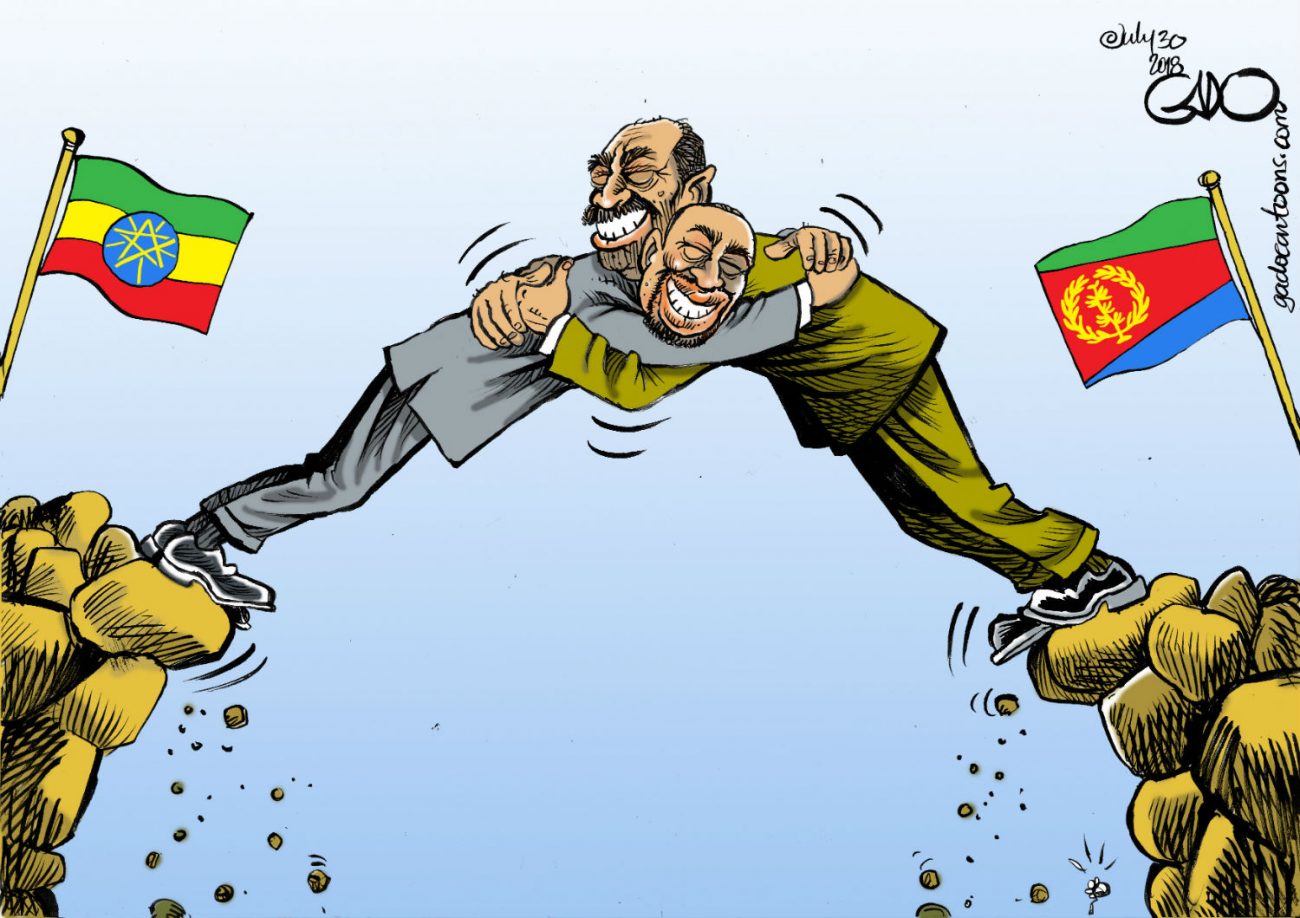 Your Excellency,
We, the undersigned Eritrean Political Opposition Organizations and other justice seeking Eritreans in the Diaspora and at home, would like to submit this letter of unequivocal protest on your inaugural speech in the opening ceremony of the Unity Park in Addis Ababa 2019-10-10 pertaining to Eritrea.

We were deeply shocked and embarrassed to hear once again your explicit declaration of representing Eritrea in front of seven African heads of states and representatives of various international organizations, who all very well know that Eritrea is a sovereign country that achieved its independence after 30 years of protracted and costly liberation struggle and should have been represented, as customary, by one of its delegation including one of the two Eritrean ambassadors currently residing in Addis Ababa.

Your Excellency,
You formally announced that you were delegated to represent Eritrea by President Isaias Afwerki; underlined that Eritrea and Ethiopia are so intimately connected and that their relationship has reached such a level of representation, and congratulated the Ethiopian people and all for that achievement.

The Eritrean people value their freedom as well as a good relationship with Ethiopia based on mutual trust and respect. We, the Eritrean Opposition organizations and justice seekers underscore that Eritrea´s fate is decided by its own people and not by a dictator in Asmara. We stand therefore, firm to defend our hard-won independence which we see being gradually eroded and our social fabric destroyed by the dictator in Eritrea. We note and alert all concerned that the patience of our people is wearing thin and they are getting angrier by the day.

Your Excellency,
The world knows the extremely disquieting political, social, economic and human rights situation in Eritrea. It is a country without constitution, no election or elected president, no rule of law and no free press – a country where people are denied to peruse a normal life. Ethiopia and Ethiopians are a living witness of the flooding of thousands of Eritrean refugees including unaccompanied underage children entering your country every day.

The denial of our people’s sovereign and inalienable rights to elect a representative government cannot continue for too long. Until that day, no foreign leader has the legal and moral right to speak on behalf of the Eritrean people.

As we continue to struggle to ameliorate the suffering of our people, we remain certain that the hurdles we as a people face today will be history tomorrow. Peace based on the will and the power the people will flourish and be asserted. Taking side with the Eritrean people will always be the right path for healthy and good future relations. Those whose aspire for a lasting peace in the region should avoid allaying with evil forces of tyranny and destruction.

We, once again, express our gratitude to the people and Government of Ethiopia for hosting thousands of Eritrean refugees and the support rendered to them in this difficult time of our history. We call upon Your Excellency, today a Nobel Peace Prize laurate, to seriously reconsider your stance on Eritrea, increase your endeavors of of support and solidarity with the Eritrean people and strive at creating lasting peace in the region based on legal framework and institutional relationship between our countries.