Eritrean-Ontarians celebrate the 52nd anniversary of Bahti-Meskerem: (Press Report) Lithuanian House in the western part of Toronto, where many Eritrean families hold their wedding parties, became the most favoured destination for many proud Eritreans on Sunday 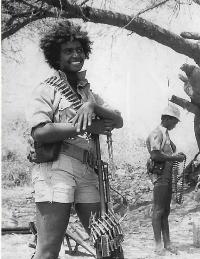 Lithuanian House in the western part of Toronto, where many Eritrean families hold their wedding parties, became the most favoured destination for many proud Eritreans on Sunday evening, September 1, 2013. Carried away by the strong national sentiment and surge in enthusiasm, signifying the greatness of the day of the advent of the Eritrean armed struggle, many compatriots took the pain of driving from Ottawa, London-Ontario,  Kitchener and suburbs of the city of  Toronto. This great event brought together ardent nationalists from all political spectrum, social, religious and cultural backgrounds; all strongly believing that the Eritrean diversity is the beauty and strength of our country and forming a gathering that beautifully constituted a nucleus we would proudly call “LITTLE ERITREA”. Through their participation in the event, the participants from all political affiliations supported, in action, that organizing national events outside narrow party politics and the running like billiard balls should be tried and given a chance to prove its worth. As we will see in this report, this is proving to be an encouraging example of a possible new trend.

In addition to music and dancing reflecting the multiculturalism of our Eritrean society, the variety of the activities was so wide that it included poems in Arabic, Tigrigna and Tigre, reflections on the life and heroism of our national hero, Hamid Idris Awate and his compatriots, the solid nature of the unity and steadfastness of the Eritrean people during the national struggle and the demands of the current struggle to complete the revolution. Although there were many great contributors at that great night, the scope of this report will not allow us to mention names and show the great talents and work for each. Nonetheless, it is important to note that all praised the devotion, unity and sacrifices of the people during the armed struggle and highly valued the role of all of our martyrs, showing a general clamour for the end of disunity and fragmentation among the Eritrean forces for democratic change and condemning the negative competition for power that is prolonging the life of the brutal dictatorial regime. In fact, there was none among the speakers, poets and singers, both young and old, who did not see directly or indirectly the competition for power among the opposition forces as a notorious fact both in its incidence and forms. Yet the  languages and words used differed, all said in one way or another that the power struggle among the opposition forces constitutes the most serious problem confronting the Eritrean opposition. In this connection, they urged all national contingents to bring back into use and existence the historical national unity introduced by the first generation of our national struggle. Furthermore, some speakers called on those hiding from the great cause of our people or perhaps exhausted, fooled or beaten by many different issues, to join forces with their brothers and sisters struggling for democratic change.

Often, many of us think that relationships between the older and younger generations will not be so congruent, especially when it comes to thought lines, tastes and attitudes. However, this celebration, as others in the past, proved many of us wrong. Eritreans in their late 60s congregated, socialized, entertained, danced, sang, and exchanged views and respect with Eritreans in their late teens. They did that with the same level of performance, enthusiasm, activity, confidence and satisfaction we were very lucky and proud to witness.

The scheme of celebrating our national holidays outside the framework of narrow party politics is vividly proving its worth and is doing so beyond expectations.  As perfection is impossible to attain, there could be few weaknesses that should be addressed in future. But overall, the experience was a great success that sent significant messages both to friends of democratic change and foes alike. This is a historical phenomenon showing the rising of a new outfit that thinks outside narrow party politics and the running like billiard balls that have caused devastating disunity and fragmentation. Otherwise, hoping for democratic change in the presence of the present political culture and set up would be wishful thinking. Unity is our Guarantee for Success and Diversity is our Beauty and Strength!

Forto 2013 Support and Solidarity Committee Toronto and its Environs