By JOANNA PARASZCZUK Refugee convicted in plea bargain, asked to serve sentence in Eritrea. In a ruling published on Sunday, the Jerusalem District Court announced that it had sentenced an Eritrean man to 20 years in prison 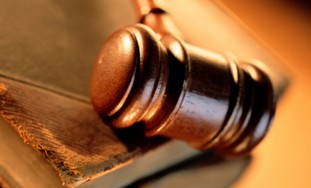 In a ruling published on Sunday, the Jerusalem District Court announced that it had sentenced an Eritrean man to 20 years in prison last week, after convicting him of the manslaughter of his wife.

Alam Tiama stabbed his wife to death last year. The couple resided in Israel without a residency permit.

According to the original indictment, Tiama met his wife at the bus stop and the two spoke. As the couple began to walk down the street, Tiama pulled out a knife and stabbed his wife in the throat, then continued to stab and kick her before fleeing the scene and throwing away the knife.

Tiama was originally charged with murder, which attracts a mandatory life sentence. However, he was convicted of manslaughter under a plea bargain agreed on between his defense lawyers and the State Attorney’s Office. A murder charge requires that the defendant planned to kill his victim beforehand, and in the plea bargain Tiama’s lawyers argued that he had lost control in the heat of the moment and the murder was not premeditated.

Both the prosecution and the defense agreed that Tiama should receive the maximum sentence for manslaughter of 20 years in prison.

Since Tiama’s arrest, he has been hospitalized in a closed psychiatric facility where he is receiving “significant psychiatric care,” his lawyer, David Halevy, said. Tiama suffers from schizophrenia, Halevy added.

Halevy asked the court to consider allowing Tiama to serve his sentence in his home country of Eritrea, should it be possible for Eritrea and Israel to come to an agreement over the matter.