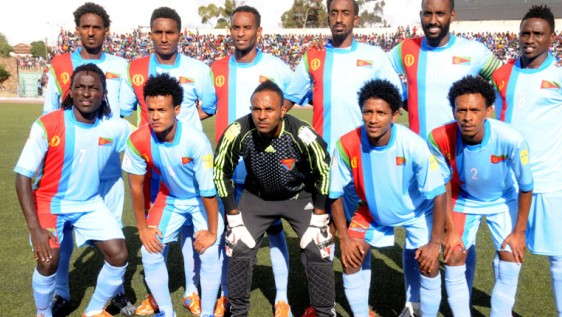 News coming in from Francistown is that only 14 Eritrean players will be taking their flight home from Gaborone this evening while the other ten have refused and opted to remain in the custody of Kutlwano Police in Francistown.

The visiting national team which was supposed to have jetted out from Francistown International Airport early this morning, only left by bus with 14 players and officials under heavy police escort to Gaborone, after missing their flight.

The team is scheduled to  board their flight to Johannesburg and eventually transit back to their home country, at around 18hrs20 this evening.

Despite the intervention and persuasion of their Ambassador based in South Africa, who was in the country to watch the World Cup preliminaries match, the disgruntled players refused to go back to their home country.

According to Botswana Football Association Vice President-Administration, Basadi Akoonyatse, the Eritrean players were found missing from their hotel rooms early this morning by the team officials. “A report was made to the police who spotted them loitering around Francistown, alleging that they were in search of a Red Cross centre where they could seek assistance for the NGO to lobby on their behalf to be accorded asylum in Botswana,” she said.

While investigations are still ongoing on why the 10 Eritreans are not happy about going back home, The Voice has established that the distressed men have stated that they are forced to join the Eritrea army, something they don’t fancy as their dream is to play professional football.

Akeonyatse said the players from the Horn of Africa are now in the hands of Immigration, police and security authorities.

“We are yet to establish the reasons the players have declined to go back and whether they are really seeking asylum. It is from hence forth that it will be determined what the next move concerning this issue will be.”

The Red Sea Camels who lost 3-1 to the Zebras last night at the Francistown Sports Complex, were supposed to have been out of Botswana by 4pm today (Wednesday), but due to the disappearance of some of the team members, their travel arrangements had to be rescheduled. “Because we do not have an evening flight from Francistown, we were left with no option but to ferry the 14 players by road to Gaborone,” indicated Akoonyatse.

Meanwhile, Akoonyatse said, the players who have absconded going home are still in the country legally until the expiry of their visas Which are normally valid for a day or two after the game.