The Eritrean Catholic Church has sought an explanation from the National Office for Religious Affairs on the Government’s refusal to allow Ethiopian Cardinal Berhaneyesus and his delegation entry into the country on 22 February 2020. English 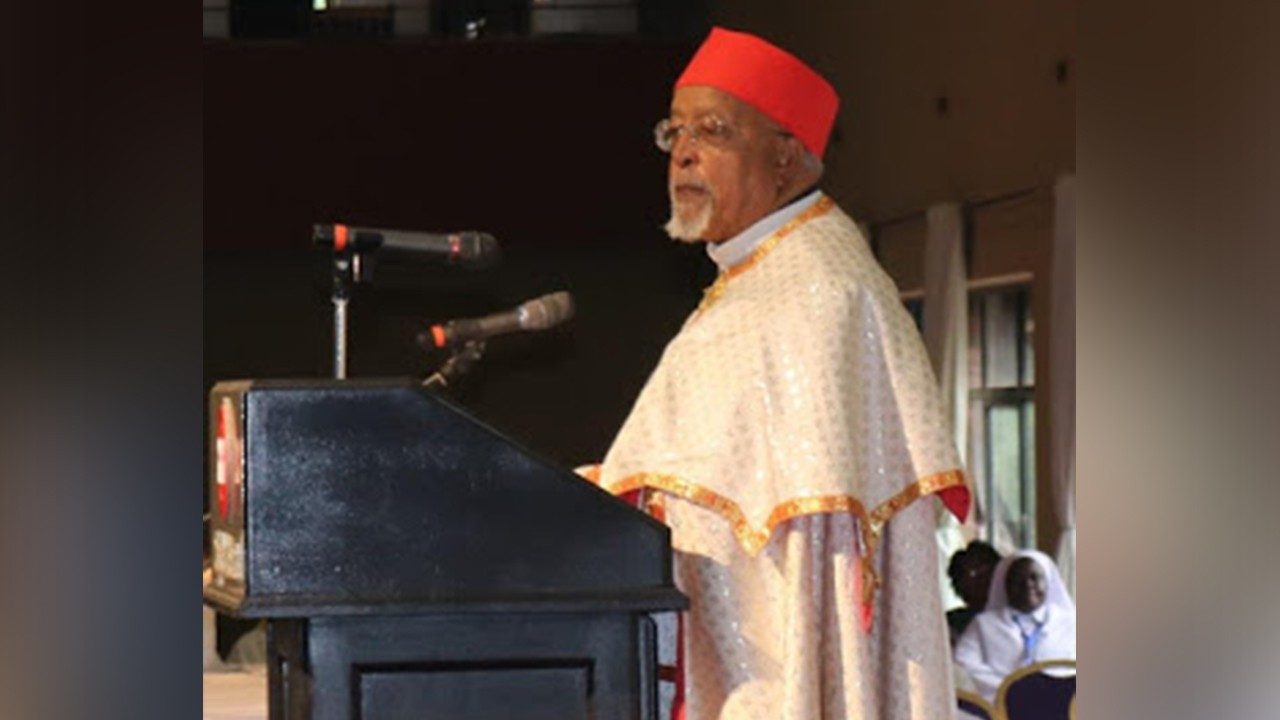 The Eritrean Catholic Church has sought an explanation from the National Office for Religious Affairs on the Government’s refusal to allow Ethiopian Cardinal Berhaneyesus and his delegation entry into the country on 22 February 2020.

Ethiopia’s Archbishop of Addis Ababa, Cardinal Berhaneyesus Demerew Souraphiel, in the company of Abune Mussiè Ghebreghiorghis Uqbu, the Bishop of Emdeber Eparchy (Guraghe) and Abba Teshome Fikre Weldetensaè, the General Secretary of the Catholic Bishops’ Conference of Ethiopia were on 22 February left stranded at the airport of Asmara when authorities refused them entry into the city.

In a letter signed by Abba Tesfaghiorghis Kiflom, the General Secretary of the Eritrean Bishops Conference, the Church is now seeking answers from the Eritrean Government.

“On 22 February 2020, on the occasion of the Golden Jubilee and Patronal feast of the Cathedral Church of Kidanemhret, the Seat of the Metropolitan Archbishop, in Asmara, our illustrious (Ethiopian) guests -His Eminence Cardinal Berhaneyesus Demerew Suraphiel, His Excellence Abune Mussiè Ghebreghiorghis Uqbu, Bishop of Emdeber (Guraghe), and the (Very) Reverend Abba Teshome Fikre Weldetensaè, General Secretary of the Catholic Bishops Conference of Ethiopia – upon arrival at the airport of Asmara for the celebrations mentioned above, were denied permission to enter our capital city. We, hereby, wish to express our deep regret for this most unfortunate incident, whose reasons we have, so far, no means of comprehending,” reads the letter made available to Vatican News.

“After arriving at the National Airport of Asmara, the delegation went through all the requirements and confirmed with the issuance (of an) On Arrival Visa for one month,” explained Abba Teshome.

Before they could exit, airport security officials informed them that ‘higher authorities’ had forbidden entry into Eritrea.

Cardinal and delegation stayed the night at the airport

The Eritrean Church says it is dismayed that the Cardinal and his delegation were made to spend the night at the airport of Asmara.

“Now we are coming to you with the present letter to state that we still remain in the dark as to the reasons of the facts that have sadly occurred on 22 February at the International Airport of Asmara. At the same time, we reiterate that the eminent ecclesiastical personalities involved were our most distinguished guests, we would like to state our considerable reservation on the whole regretful subject. As we have come to understand, our Ethiopian guests had received the entry permit stamped in their passports, valid for one month. This notwithstanding (and) most disconcerting for us, as Eritreans, they were made to wait at the airport of Asmara from Saturday, 22 February, 5.15 pm to Sunday 23 February 2020, 12.00 noon, to eventually return home right from the airport,” reads Abba Tesfaghiorghis’ letter.

Cardinal Berhaneyesus asks the faithful to pray for both countries

For his part, Cardinal Berhaneyesus is said to have narrated his experience to the Catholic faithful at Kebenna Kidanemehret Parish Church in Addis Ababa. He asked parishioners to pray “for both of our Churches and the two sister-countries.”

Church-State relations at an all-time low

Although the Catholic Church is one of four Churches officially recognised by the Eritrean Government, relations between the State and Churches are at an all-time low.

Last year, saw the Eritrean Government unilaterally seize seven schools belonging to Catholics, Muslims, and the Lutheran Church. The Government also confiscated all Catholic health facilities and in some cases including convents situated on hospital grounds.