PFDJ's lazy politics: " JUST GIVE US the MONEY and we will deal with the issue that is worrying you so much!  -  IMMIGRATION." Are you SERIOUS!? This may be a music to the ears 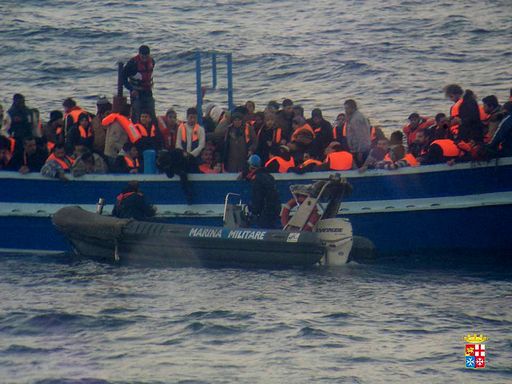 PFDJ’s lazy politics: ” JUST GIVE US the MONEY and we will deal with the issue that is worrying you so much!  –  IMMIGRATION.” Are you SERIOUS!? This may be a music to the ears of the European governments currently led by the gullible Italian politicians; but how on earth could the source of the problem be a solution? Regardless the sum of money that is thrown into its coffers, the evil in Eritrea will only continue doing what it does best – sustaining the hell it has created. Obviously, the exodus of the unfortunate Eritrean youth will never die down because of the wishful thinking of some European politicians who are ready to trade-off  universal and humanitarian principles with domestic, short term political gains. Nevertheless, wasting taxpayers’ money to support an authoritarian regime keen to punish the poor population is nothing short of a double crime that won’t be washed away simply by remorseful and apologetic statements.

Rome, February 13 (askanews) – (google translation) Eritrea has guaranteed “full cooperation” to Italy and the European Union to deal with the drama of immigration and combat trafficking in human beings, of which “the Eritreans are the main victims.” And ‘as told askanews the Eritrean ambassador in Italy, Fessahazion Pietros, interviewed after the new massacre of migrants in the Mediterranean and in the face of the news of hundreds of Eritreans in Libya waiting to leave for Europe. “We are willing to exchange information and work together because human trafficking is primarily about us,” said the ambassador, recalling the participation of Asmara to launch the process of Khartoum last November in Rome by the part of the 28 Member States EU along with the countries of origin and transit along the migration route of the so-called Horn of Africa. “In Rome, the Eritrean delegation met with the head of European diplomacy, Federica Mogherini, but also members of the Italian government, the Norwegian delegation, Swedish and English,” said the ambassador, referring as all delegations have raised the issue of service leverage indefinitely imposed by the government in Asmara to the situation of “no war, no peace” with Ethiopia for not border demarcation following the war of 1998-2000, and indicated as the main cause of the flight of thousands of Eritreans to the old continent. According to data released last November, UN High Commissioner for Refugees (UNHCR), were about 37,000 Eritreans in the first 10 months of 2014 have sought refuge in Europe, compared to 13,000 joints in the same period last year. As reported to askanews last November by Foreign Ministry sources, in bilateral meetings had in Rome last November, the Eritrean delegation has expressed its intention to restore the rule which provides 18 months of military service. Intention confirmed by Ambassador Pietros, which however was keen to point out how the meetings of Rome “have also argued that while reintroducing the military service of 18 months, the young people will continue to come to Europe.” “Why do the bottom, the most problematic issue is poverty – said – until there is a development acceptable in Eritrea, there will always be Eritreans fleeing. Eritrea is poor. Our economy is post-war, we poor, we are not giving our young people a job. but we offer free education, from beginning to end. we are making huge efforts, huge investment in our young people, but with a poor economy we are not able to offer young people what they dream. “Pietros also stated that “with all the delegations came to visit Asmara we always raised the issue of immigration, and we have always said the same things, namely that it is important to collaborate, communicate, cooperate to achieve development, especially economic, to avoid that kids see paradise here and hell there. ”