To Permanent Representatives of Members and Observer States of the UN Human Rights Council Geneva, 20 June 2016 RE: Addressing human rights violations in Eritrea and the UN Commission of Inquiry’s findings Your Excellency, We, the undersigned civil society organisations (CSOs), 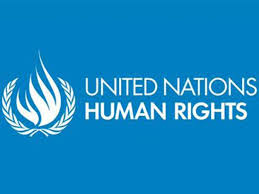 To Permanent Representatives of

Members and Observer States of the
UN Human Rights Council

RE: Addressing human rights violations in Eritrea and the UN Commission of Inquiry’s findings

We, the undersigned civil society organisations (CSOs), write to express our grave concern about the Eritrean Government’s continued and egregious violations of human rights. We urge your delegation to co-sponsor a resolution renewing the mandate of the Special Rapporteur on the human rights situation in Eritrea and supporting the establishment of robust accountability mechanisms to facilitate access to justice to the victims of human rights violations and crimes against humanity in Eritrea during the 32ndsession of the United Nations Human Rights Council (UN HRC).

On 8 June 2016, the CoI released its second report, which states that “there are reasonable grounds to believe that crimes against humanity have been committed in Eritrea since 1991,” and that Eritrean government officials are responsible for crimes of enslavement, imprisonment, enforced disappearance, torture, other inhumane acts, persecution, rape and murder. [3]

The CoI further found that there has been no change in Eritrea’s national service policy since the CoI’s establishment in 2014, which includes the use of conscripts to carry out non-military work, including for State-owned and other enterprises. The CoI secured evidence that reprisals, including extrajudicial executions, for evasion of conscription remain rampant. Most recently, on 3 April 2016, armed forces opened fire in the centre of the capital Asmara, killing an unconfirmed number of young conscripts, who were being transferred from Tessney to Massawa, and attempted to visit their families while in Asmara.

According to the United Nations High Commissioner for Refugees, an estimated 5,000 Eritreans flee the country every month as a result of the dire human rights situation, some risking their lives to escape to Europe despite the dangers and obstacles they face in obtaining asylum.

Since June 2014, the Eritrean Ministry of Information has refused to cooperate with the CoI while publicly claiming that the CoI’s research constitutes a “campaign of unwarranted witch-hunting of Eritrea by an entity which has clearly opted to instrumentalise human rights to serve political agendas.”[4] In June 2015, the UN HRC’s President condemned attacks and intimidation perpetrated against members of the CoI during their mission to Geneva.[5]

In light of the lack of adequate national mechanisms to address the CoI findings and the Government of Eritrea’s claim that the report’s findings are “extreme and unfounded charges with no solid and legal evidence to support its conclusion,”[6] it is incumbent upon the international community, including the UN HRC, to facilitate access to justice for the victims of the Eritrean Government’s grave and systematic violations of international human rights law, including those amounting to crimes against humanity.

Therefore, we respectfully request your delegation to co-sponsor a resolution during the 32nd UN HRC session that:

–       Renews the mandate of the Special Rapporteur on the situation of human rights in Eritrea for one year; provides the mandate holder with the necessary human and financial resources; and includes in her mandate the promotion of and reporting on the implementation of the CoI’s recommendations;

–       Supports the establishment of a structure by the Office of the High Commissioner for Human Rights with a protection and promotion mandate, to assist in ensuring accountability for human rights violations in Eritrea, especially where such violations amount to crimes against humanity;

–       Requests the High Commissioner for Human Rights to report regularly on the situation of human rights in Eritrea; and

–       Transmits the report of the CoI to the UN General Assembly, the UN Security Council, and the UN Secretary-General.