Eritrea Resolution has been adopted today by the Human Rights Council 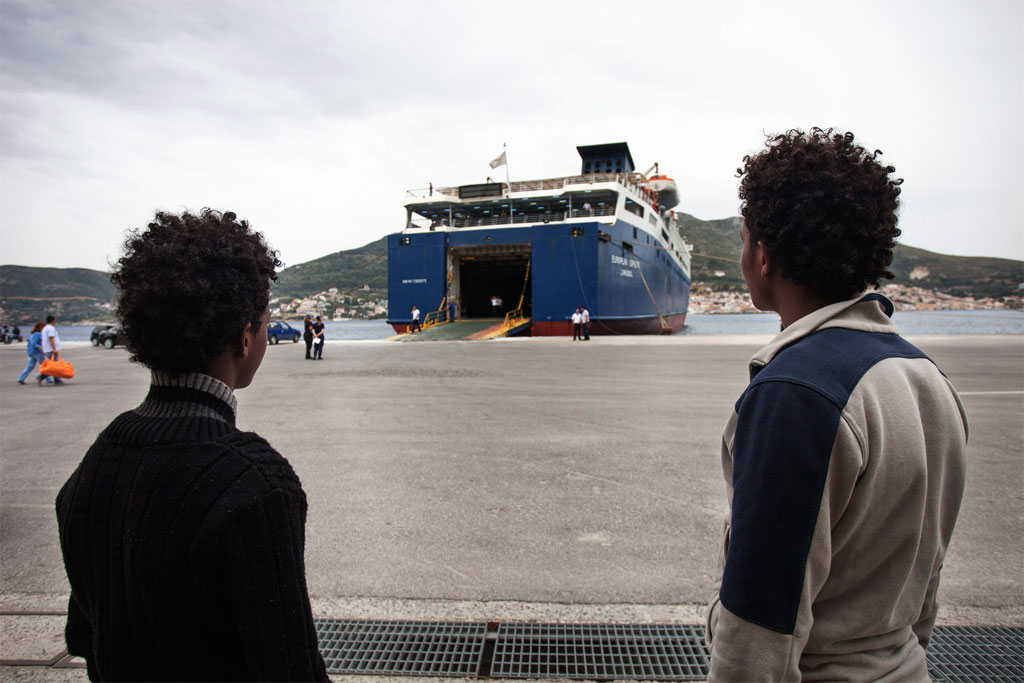 35/…   Situation of human rights in Eritrea

Guided by the Charter of the United Nations, the Universal Declaration of Human Rights, the International Covenants on Human Rights and other relevant international human rights instruments,

Recalling also its resolutions 5/1, on institution-building of the Human Rights Council, and 5/2, on the Code of Conduct for Special Procedures Mandate Holders of the Council, both of 18 June 2007, and stressing that the mandate holder shall discharge his or her duties in accordance with those resolutions and the annexes thereto,

Welcoming the action taken by the Government of Eritrea to protect and promote the economic and social rights of its people, including through the early achievement of the Millennium Development Goals and its commitment to the Sustainable Development Goals,

Welcoming also the commitment of the Government of Eritrea to the promotion of gender equality, including through its programmes to end female genital mutilation and its campaign to end child, early and forced marriage,

Recalling the reports of the commission of inquiry, and continuing to express its deep concern at the findings contained therein regarding past and ongoing human rights violations and abuses, such as enslavement, arbitrary detention, enforced disappearance, torture, other inhumane acts, persecution, rape and murder, and that there are reasonable grounds to believe that crimes against humanity have been committed in Eritrea since 1991, and reiterating that all perpetrators of such violations and abuses must be held accountable,

Emphasizing that every citizen has the right to take part in the conduct of public affairs of his or her country, directly or through freely chosen representatives, and expressing grave concern that national elections in Eritrea have not been held since 1993 and that the Constitution of 1997 has never been implemented,

Noting with deep concern the findings of the commission of inquiry regarding crimes involving human rights violations and abuses, committed by government and ruling party officials, military commanders and members of the National Security Office,

Noting with grave concern the continued use by the Government of Eritrea of arbitrary arrest and detention, including incommunicado detention in extremely harsh and life-threatening conditions, of persons suspected of evasion of national service, attempting to flee the country or unable to produce identity documents, exercising the right to freedom of religion, or freedom of opinion and expression, including those perceived as critical of the Government, and of those who return to the country after having fled national service, as well as those detained in the aftermath of the attempt to take over on 21 January 2013 the building of the Ministry of Information,

Expressing grave concern at the widespread use of indefinite conscription into national/military service, a system that constitutes forced labour, including in a wide range of economic activities, and the reported forced conscription of children into military service, and regretting that the fear and experience of a lengthy national service causes large numbers of Eritreans to leave the country,

Deeply concerned that the situation of human rights in Eritrea is a primary factor in the large number of Eritreans leaving their country, often facing risks of abduction, abhorrent physical and mental abuse and other ill-treatment on their migration path, including abuses by smugglers and human traffickers, while welcoming the participation of the Government of Eritrea in multilateral forums to discuss counter-trafficking efforts,

Noting with deep concern the findings of the commission of inquiry regarding persecution on both religious and ethnic grounds, including of members of non-authorized religious denominations,

(a)          To end its use of arbitrary detention of persons in Eritrea, and to end the use of torture or other cruel, inhumane and degrading treatment or punishment;

(b)          To account for all those arbitrarily detained, including members of the G-15 reform group, journalists, political prisoners and those detained in the aftermath of the attempted takeover on 21 January 2013 of the building housing the Ministry of Information, and either to release them or to ensure that they are given a fair and transparent trial without any further undue delay and with full respect for minimum fair-trial guarantees;

(c)     To put an end to the system of indefinite national service by demobilizing national service conscripts who have completed their mandatory 18 months of service, as announced by the Government of Eritrea, and by effectively ending the practice of engaging them in forced labour after such a period, to provide for conscientious objection to military service, and to end the compulsory practice of all children undertaking the final year of schooling in a military training camp;

(e)          To ensure free, fair and equal access to an independent and impartial court to challenge the lawfulness of any detention, and to improve prison conditions, including by prohibiting the use of underground cells and shipping containers to hold prisoners, ending the use of secret detention centres and the practice of incommunicado detention, allowing regular access to prisoners for relatives, legal advocates and independent monitoring mechanisms, and to permit prompt and regular unhindered access to medical care;

(f)          To end the practice of forcing citizens to participate in the militia;

(g)          To investigate promptly all allegations of extrajudicial killings, torture and other cruel, inhumane and degrading treatment or punishment, rape and sexual abuse within the national service, and to bring perpetrators to justice;

(h)          To end the practice of shooting to wound or kill Eritrean citizens attempting to cross the border to flee the country;

(i)          To enhance further the promotion and protection of women’s rights, including by taking additional measures to combat harmful practices, such as child, early and forced marriage and female genital mutilation;

(k)          To end “guilt-by-association” policies that target family members of those who evade national service, seek to flee Eritrea or commit any other acts alleged to be crimes;

(l)          To ensure the right to form and join political parties and guarantee the right and opportunity of all citizens to take part at all levels in the political process and to vote and be elected in free, fair and transparent democratic elections, guaranteeing the free expression of the will of the people;

(m)         To further strengthen cooperation with the Office of the United Nations High Commissioner for Human Rights in accordance with its international human rights obligations;

(n)          To allow unhindered access to the country to further missions by the Office of the High Commissioner, the human rights treaty bodies and all mechanisms of the Human Rights Council, and to cooperate with all international and regional human rights mechanisms;

(o)          To provide the Office of the High Commissioner with all relevant information on the identity, safety, well-being and whereabouts of all detained persons and persons missing in action, including members of the G-15, journalists, those detained in the aftermath of the attempted takeover on 21 January 2013 of the building of the Ministry of Information and the 13 Djiboutian combatants still detained;

(p)          To work to finalize and implement the Constitution of 1997 in consultation with all relevant stakeholders;

*    State not a member of the Human Rights Council.