ByBonnie Mugabe February 07, 2018  Favourites Eritrea has assembled their best team of cyclists who will vie for honors at the African Continental Road Championships slated for February 13-18 in Rwanda. Eritrea is one of the strong continental teams which 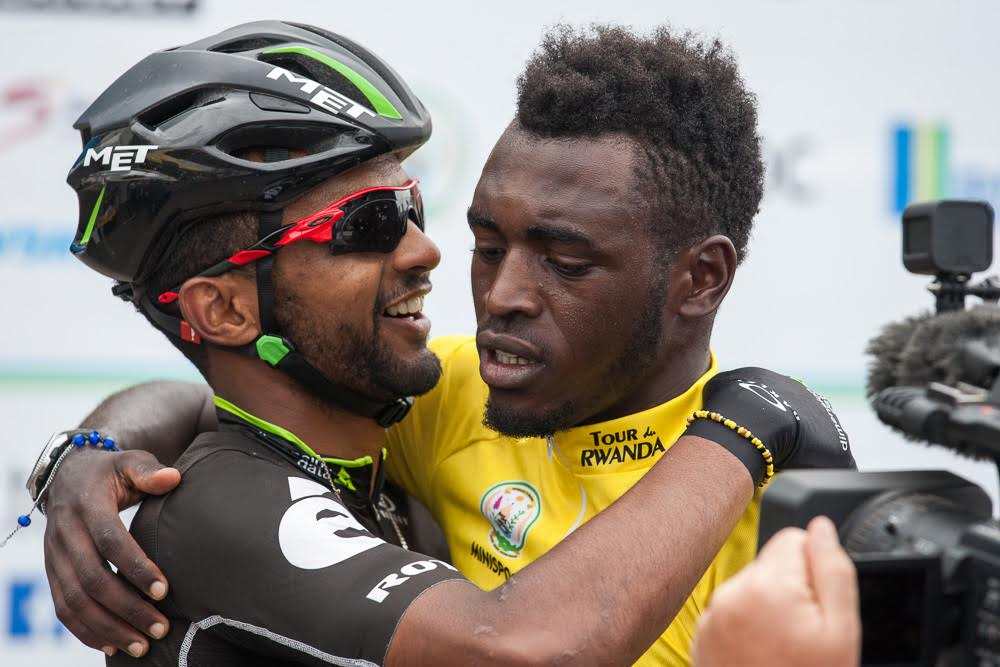 Favourites Eritrea has assembled their best team of cyclists who will vie for honors at the African Continental Road Championships slated for February 13-18 in Rwanda.

Eritrea is one of the strong continental teams which will be challenging hosts Rwanda for the main title in the categories lined up in the six-day event.

Eritrea has an excellent record of winning seven straight titles in the African Championship Team Time Trial and they have vowed to add on the Rwanda edition to the trophy cabinet.

They will also be represented in the elite womens contest by Mosana Debesay, Wahazit Kidane, Bisrat Gebremeskel and Tigsti Geberihiwet while the junior women team is made up of only one athlete Desite Kidane.

The junior men’s riders listed for the championship include Hager, Tomas, Natan, and Biniam respectively.

Meanwhile, Rwanda is also in its final stages of climaxing their preparations in Nyamata and a final team which will represent Rwanda at this year’s edition is set to be named later this week.

The riders who were in Cameroon for Tour d’Espoir travelled back on Monday night and immediately joined their colleagues for final preparations. They include Joseph Areruya, Samuel Mugisha, Jean Paul Rene Ukiniwabo, Didier Munyaneza, Jean Damascene Ruberwa and Samuel Hakurikirayezu.

The events for the continental championships in Kigali will include; time trials for both individuals and teams but the main attraction will be the road races for both men and women.

It will be the second time that Rwanda hosts the continental championships, but the first in eight years since 2010.

Rwanda already has experience in hosting high-level competitions such as Tour du Rwanda, which has earned great success over the years and is now one of the major cycling events in Africa.

Meanwhile, the Women Junior Road race will cover a distance of 60km and their male counterparts will do 72km. Elite Women will compete in 84km race while the Elite Men will race for 168km in Kigali City.