Eritrea is at a cross roads in History: It is a challenging period: What is to be done is a burning question?

By Petros Tesfagiorgis When I was about to finish writing an article on peace, there was breaking news of the death of our elderly patriot Haji Musa in prison. Haji Musa Mohammed did not die in 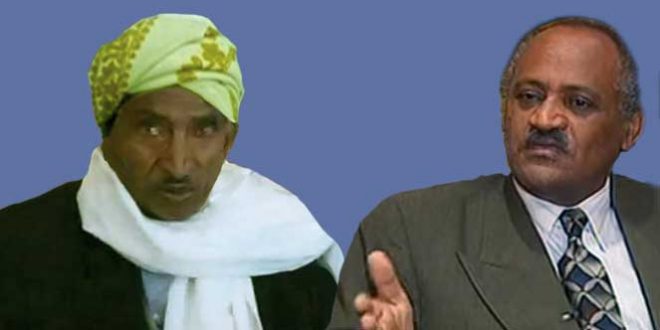 When I was about to finish writing an article on peace, there was breaking news of the death of our elderly patriot Haji Musa in prison. Haji Musa Mohammed did not die in vain, he stood up and fought against injustices by different regimes in Eritrea. This time against the decision to appropriate the Al Dia Islamic School by PFDJ. It landed him in prison. Haji Musa become a rising sun and an inspiration to the fragmented resistance movement of justice-seekers in Diaspora.

On 31/10/207 the Al Dia students angered by the Government takeover decision and the imprisonment of Haji Musa took to the streets and marched from Akria to the city centre. It was a revolutionary move, a rare protest that has a historic significance.

The daring protest   has become a wakeup call for the Diaspora Eritreans. United they rose up in solidarity with the students and organised protests all over the world. We have never seen like this before. Muslims and Christians became one in condemning the brutal repression in Eritrea.  The protesters raised high the photographs of Haji Musa side by side with the imprisoned Christian Orthodox patriarch. Haji Musa is indeed immortalized. My condolence to the people of Eritrea, his family and the Akria community who have become victims of the regimes stop and search, intimidation and arbitrary imprisonment.

At the same time my condolence goes to the family of Haile Woldetensaie (Durue), actually condolence to us all the people of Eritrea for the death of our enlightened freedom fighter, who gave all his life fighting for independence and died in the inhuman dungeons of the regime. What a betrayal and a tragic end of a patriot.  He and 11 members of the G-15 were jailed on 18 September 2001.  They were imprisoned for no reason other than raising the implementing of the constitution and election during the meeting of PFDJ central committee which was their duty and was agreed upon.  Minister Mahmud Sherifo was assigned to chair the drafting of by-laws that govern political parties ready for the country wide election to take place at the end of 2001. The jailing was actually a coup de eta’ by   president Isaias against the PFDJ central committee members so that no election will ever take place.

At the same time the editors of the private newspapers were jailed bringing freedom of expression to an end so the ulterior motive of the unilateral action remains hidden from the gullible people of Eritrea. Haile symbolizes all those prisoners of conscience who are unjustly put in the dungeons of PFDJ. Haile’s death created an occasion to remember all those who were unjustly incarcerated without being brought to the court of law and to remind the Diaspora to wake up, rise up and not give up the fight.  We should persistently demand for democratic change and their release.

During the long years of struggle, Haile played a pivotal leadership role.   When he was the Foreign Minister of Eritrea, during the 1998 senseless Ethio-Eritrean war, he led the negotiation to end the fighting with the then Foreign Minister of Ethiopia – Seyoum Mesfun in Algeria.  During that time one of the witnesses Antony Lake, representing USA, described Haile as a competent statesman, conscious of the suffering of the peoples and bargained hard for immediate seize fire that got officialised by the two leaders Meles Zenawi and Isaias Afeworki signings the peace accord in Algeria on December 12, 2000.

Hale worked with passion to bring peace between Eritrea and Ethiopia, unfortunately, today people like Haile are absent in today’s PFDJ rule and the culture of hostility and war has prevailed.  PFDJ chooses to arm and train Ethiopian oppositions, squandering the meagre resources,  to overthrown the Ethiopian government – rather than pave the way for peace by showing good will to end hostility.  Thus, it is the people in Diaspora who should rigorously campaign for peace. It is a form of empowering themselves.

As a founding member of “Citizens for Peace in Eritrea” during the Ethio-Eritrean war I shared the same value of peace with Haile and I had several encounters with him in Asmara. It is with heavy heart that I re-visited those trying and difficult days. I will share my experience of CPE in an article that will follow soon.

In its 16 February 2018 Publication, the Indian Ocean Newsletter (ION) reported that “Official Communications between Ethiopia and Eritrea to resolve the border dispute in a peaceful way had already begun in the greatest secrecy.  But the ministry of information of Eritrea has denied saying “it is Another False Story.”

In spite of the unwillingness of the Eritrean regime for the people of Eritrea peace is priceless. It is the lack of peace and the violation of human rights that is destroying the fabric of the Eritrean society.  For a long time now the people of Eritrea have been expressing their wishes for peace   in prayers, mourning’s and religious events.   During the 2018 exchange of “happy New Year” the wishes of peace on what’s up –EMO- Viber and other social media was highly visible.  The picture of a dove that symbolizes peace was widely used.  However, the people are not hear and their wishes have not been translated into action (peace movement).  The people deserve to be heard and it is those living in the free world that must listen to their plight and be their voice and promote peace campaign/movement.

Kiki Tsegai who is contributing fascinating articles focussing on testimony of survivors during their dangerous journey to exile, finishes off her articles sighting the slogan   “Peace is a wall we will all create by building it brick-by-brick together”.

She herself took a dangerous journey when her husband Berhane Tesfamariam (Wedi Balila) was tortured to death by the Ethiopian military regime in Asmara. She had to flee. She understands the plight of refugees on the run.

Yes Peace movement is an arduous long journey. But it is a moral and spiritual crusade worth taking.

Here is the link of her latest article http://archive.assenna.com/why-i-find-constant-criticism-about-tiffany-haddish-sexist/

How we meet the challenge of these times will determine the world Eritreans and our neighbours children live in the future.