NEW YORK (24 October 2018) – Eritrea’s recent peace deal with Ethiopia is positive for bilateral relations and the region, but much remains to be done on human rights and allowing full participation in rebuilding 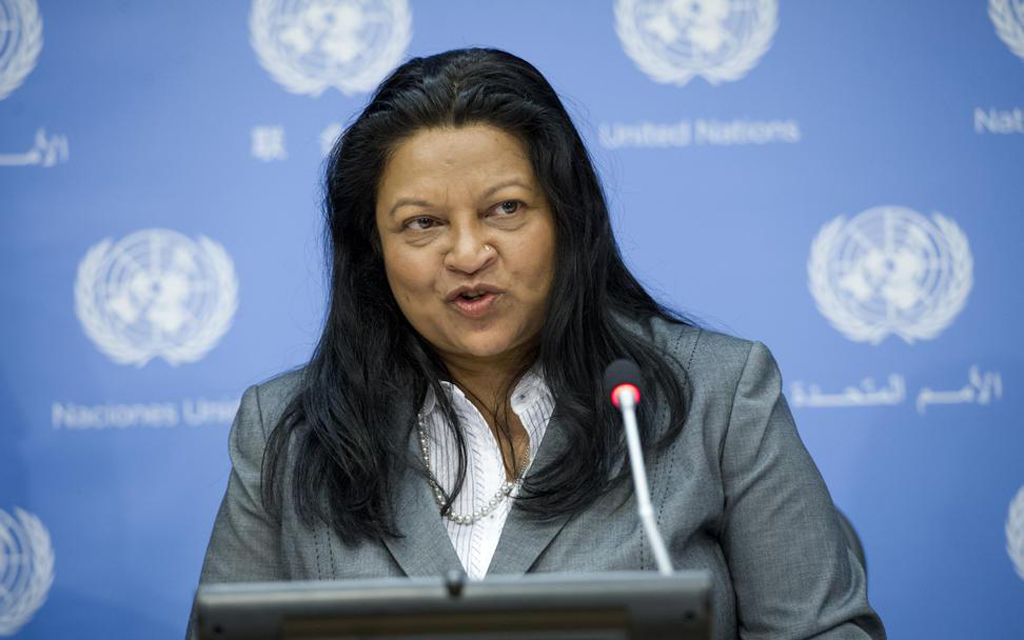 NEW YORK (24 October 2018) – Eritrea’s recent peace deal with Ethiopia is positive for bilateral relations and the region, but much remains to be done on human rights and allowing full participation in rebuilding the country, a UN human rights expert said today.

“The Eritrean Government continues to lock up or forcibly disappear dissenting voices, thus silencing analytical discussions and critical debates,” the Special Rapporteur on human rights in Eritrea told the General Assembly. “Without any space for the Eritrean people to participate in shaping the country’s future, there is little scope for progress,” Sheila B. Keetharuth said in a report. “Human rights must be put at the heart of peace.”

The Special Rapporteur said July’s peace declaration ending two decades of conflict between the African nations should be celebrated as potentially improving human rights in Eritrea. “Whether it will also transform the relationship between the Government and the Eritrean people as far as human rights are concerned remains to be seen,” Keetharuth said.

The Special Rapporteur said so far Eritrea’s overall legal and institutional context remains unchanged. She said the country still lacked a constitution and an independent judiciary and had no legislative assembly or institutionalised checks and balances protecting citizens from abuse of state power. An environment without free press or avenues for citizens to express their opinions is compounded by non-respect for the rule of law and existence of weak institutions. “The people of Eritrea have seen little improvement in their human rights,” Keetharuth said.

Since the border between Eritrea and Ethiopia opened last month, the number of Eritreans seeking asylum in Ethiopia has spiked. According to the latest UNHCR figures, between 12 September and 12 October 2018, a total of 9,905 refugees were registered.

The average daily rate of arrivals has jumped from 53 to more than 300. A key reason cited for leaving Eritrea continues to be the indefinite military/national service. Despite the peace with Ethiopia, the Eritrean Government is yet to announce if it intends to limit conscription to the statutory 18 months and whether it plans any demobilisation.

The Special Rapporteur said Eritrea should implement its 1997 Constitution to build a solid national legal framework and a society governed by the rule of law. “Such enactment would also demonstrate that Eritrea takes the responsibilities attaching to its membership to the Human Rights Council seriously,” Keetharuth said.

“Eritrean authorities will also need to take stock and account for the violations of the past. Justice and accountability are twin pillars, reinforcing each other, on which peace can be built, strengthened and security achieved,” she said. “The impunity enjoyed by perpetrators of crimes against humanity and human rights violations must be addressed through effective measures, the more so at this particular moment in time, for lasting and sustainable peace.”

** Ms Sheila B. Keetharuth** (Mauritius) was appointed as the first Special Rapporteur on the situation of human rights in Eritrea in October 2012. From 2014 to 2016, she also served as a member of the Commission of Inquiry on Human Rights in Eritrea. Since May 2014, Ms Keetharuth has been an expert member of the Working Group on Extractive Industries, Environment and Human Rights Violations of the African Commission on Human and Peoples’ Rights. Until 2012, Ms. Keetharuth was the Executive Director of the Institute for Human Rights and Development in Africa in Banjul, The Gambia. She also worked with Amnesty International in Kampala, Uganda, and as a lawyer and broadcaster in Mauritius. In 2017, Ms Keetharuth was awarded with the Outstanding Alumni Achievement Award by the University of Leicester, in recognition of her human rights work.