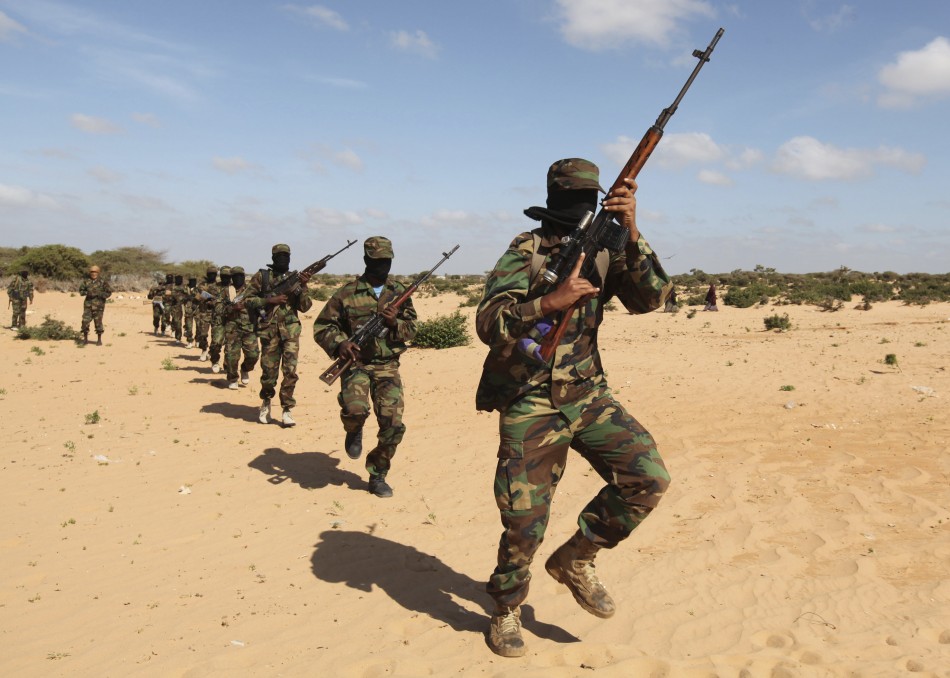 Eritreans living in the UK are being forced by their own government to pay a “diaspora tax” that ultimately funds the secretive country’s network of influence in the Horn of Africa, including supporting the al-Shabaab group of militants in Somalia, an IBTimes UK special investigation has uncovered.

The collection of a 2% income tax on Eritrean nationals living abroad violatesUN resolution 2023 (2011) which condemns Eritrea’s use of the tax to “destabilise the Horn of Africa region and to violate the sanctions regime”. Some of the money is used to procure weapons for armed opposition groups.

The UN Security Council hardened sanctions against Eritrea in December 2011 over its alleged support for Islamist militant groups such as Somalia’s al-Shabaab.

Among the alleged member of the Somali Islamist group was Samantha Lewthwaite – dubbed the “white widow” – the 28-year-old wife of one of the London 7/7 bombers. Lewthwaite was allegedly part of a terror unit that planned to target the city of Mombasa, Kenya.

he Foreign Office in Whitehall had earlier sought to curb Eritrean diplomats who were collecting the tax in the UK after claiming that the money was used by the Eritrean government to destablise the region.

On 20 May 2011, the Eritrean ambassador in London was informed that the collection of the diaspora tax levied on Eritreans might be unlawful and breach the Vienna Convention on Diplomatic Relations. The Foreign Office told the ambassador to stop all activities relating to its collection.

However, documents obtained by IBTimes UK and redacted to protect the identity of the source, show that the practice still happens in Britain.

The 2 per cent tax

Several Eritreans have described the tax as a “consular service” for any citizen wishing to renew their passport or Eritrean holders of foreign passports requesting a visa to visit Eritrea. Every Eritrean must produce documentation of the tax payments they made in their host country and on this basis the 2% tax is calculated.

“Many people do not pay it voluntarily, but if you have any needs of service from the embassy eg, you want to send home the body of a relative who died, your family needs to renew a trade licence or you simply want a visa for your British-born child to visit Eritrea, you are asked to prove that you have fulfilled your obligations,” Selam Kidane, an Eritrean living in the UK, said.

The first document seen by IBTimes UK is a transfer order slip dated 2012 from a British bank to the Housing & Commerce Bank of Eritrea in the capital of Asmara for further credit to the Ministry of Foreign Affairs.

It belongs to Eden (not her real name) who was forced to pay the diaspora tax after authorities threatened her parents in Asmara that their family business licence would not be renewed.

“If it wasn’t for my mum I wouldn’t have paid,” Eden, a British citizen, said. “I have always refused to do that and delay the payment since I got in the UK.”

Even those like Eden who have not required consular services for several years are required to pay “arrears” for the years in which the tax was not paid.

The alternative for Eden’s parents, if she had not paid, would be to sign a letter in which they stated she was no longer their daughter, which would effectively disinhereit her.

A well-placed source told IBTimes UK: “The problem is not with the diaspora tax as such, although that can be frustrating. The key feature is the message by which it can be taken from the people. It is more nuanced than Nazi Germany. It’s corruption and use of social pressure.”

Among the “national obligations payments” made by Eden are the recovery tax, which is the 2% diaspora tax, and the Hzbawi Mekhete, which in the Tigrigna language means “national defence” and is a fee that funds the army.

While the 2 per cent tax is negotiable, the “national defence” fee is not,IBTimes UK understands.

“I had to struggle to pay this money. I feel so terrible, I had to borrow money from friends and a charity in order to pay,” Eden said. “I disagree with paying this tax. I consider tax a ransom on me.  I feel so horrible.”

The second document (shown below) is a confirmation of Eden’s payment made from London by the Eritrean Ministry of Foreign Affairs.

The translation reads: “Per the information we received from you, we confirm that the above sum has been credited into our account and we are enclosing the credit advice. Please complete the transaction in accordance with the procedures, entering it into the database and also the government account system.

Victory to the Masses!

The North Korea of Africa

Dubbed the North Korea of Africa, Eritrea is considered one of the continent’s most opaque countries. National elections have not been held since it gained independence in 1993. The country is governed by the one-party authoritarian rule of President Isaias Afewerki, who has been in power for 20 years.

Torture, arbitrary detention and severe restrictions on freedom of expression are routine. Mandatory military service imposed on all men and women between 18 and 55 is one of the main causes of flight from the country. It has been calculated that 4,000 Eritreans leave the country every month and, according to a 2008 estimate, 40,000 Eritreans live in Britain.

Advocacy group Reporters without Borders has ranked Eritrea bottom of a list of 179 countries on freedom of expression. Access for international humanitarian and human rights organisations is almost impossible and the country has no independent media.

The Foreign Office told IBTimes UK: “We are aware of allegations over the use of harassment to collect revenue from members of the Eritrean diaspora in the UK.

“On 20 December, 2012, FCO officials raised these concerns with the Eritrean ambassador and reminded him of UN Security Council resolution 2023. [The UK supports the resolution] which condemned Eritrea’s use of the diaspora tax to destabilise the Horn of Africa region and decided that Eritrea should cease using illicit means to collect the tax,” the spokesperson said.

IBTimes UK contacted the Eritrean embassy but it has not responded to any questions about the tax.

In May, the Canadian government expelled an Eritrean envoy over allegations that he had demanded the 2% diaspora tax and “national defence” fee from Eritreans in the country.

Semere Ghebremariam Micael, head of the Eritrean Consulate General in Toronto, had been under investigation over the allegations.

The 2013 annual report by the UN Monitoring Group on Somalia and Eritrea to the Security Council’s Somalia/Eritrea sanctions committee revealed that the Eritrean government was still undermining stability in Somalia by paying political agents and a warlord linked to Islamist militants to influence the Mogadishu government.

Asmara has always denied any involvement with al-Shabaab militants fighting to overthrow the Somali government. It said that UN sanctions imposed in 2009 for supporting the Islamist militant group were based on lies.

The UN Security Council has decided to extend for 16 months sanctions against Somalia and Eritrea.

“In a resolution adopted this morning, the council asked Secretary-General Ban Ki-moon to re-establish the eight-member Monitoring Group on Eritrea and Somalia until 25 November, 2014,” reads a UN statement.

That extension may point to the fact that Eritrea is a case of sanctions that work – but it is ordinary Eritreans who are paying the price, not the government.

“The whole thing is extremely unfair,” said Kidane. “In all the years since independence the regime in Eritrea has never been accountable to the people and yet it has created a system to maintain itself in power by extorting those very people.”

To report problems or to leave feedback about this article, e-mail:g.mezzofiore@ibtimes.co.uk
To contact the editor, e-mail: editor@ibtimes.co.uk