Eritrea: A Nation on Choke-Hold

Eritrea: A Nation on Choke-Hold Fessahaye Mebrahtu On July 17, 2014, when the NYPD tried to arrest Eric Gardner by putting a choke-hold on his neck for selling loose cigarettes, he pleaded, “I can’t breathe.” The police 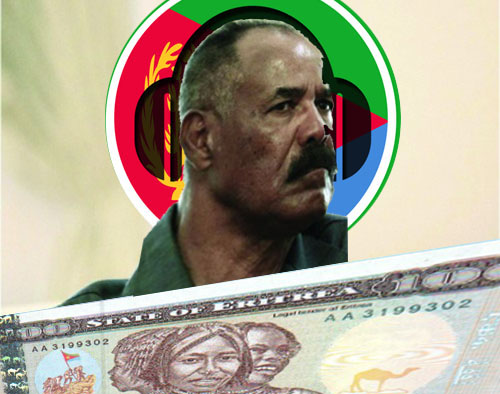 Eritrea: A Nation on Choke-Hold

On July 17, 2014, when the NYPD tried to arrest Eric Gardner by putting a choke-hold on his neck for selling loose cigarettes, he pleaded, “I can’t breathe.” The police did not head to his cry and at the end there was a dead black man at their feet (http://www.nytimes.com/2015/06/14/nyregion/eric-garner-police-chokehold-staten-island.html?_r=0). The world outcry for justice did not make much difference but it revealed police brutalities, especially against minorities in the USA. Three years earlier, in July 2011, a similar incident happened in Milwaukee, Wisconsin to Derek Walker, another young black-man died in the police squad car gasping for air. His plea for air was ignored by the police, who arrested him on robbery suspicion; thinking he was faking it (http://newsone.com/2054318/derek-williams-dead-milwaukee-police/). This are tragic incidents, captured on cellphone videos of police cameras. Again justice might have been too late for these two young people but the lime light was on the police involved. Yet, the incident was open to the public in the long run leading to incremental policing reforms.

In the USA the police community relationship, especially with the minority communities needs lots of work before the level of trust is restored. However, the intention of this article is not about American policing but about Eritrea, a nation on choke-hold by a political system that has become cancerous growing from inside-out.

In the cavernous hills of Sahel, EPLF propagated as miracle worker and forward looking disciplined freedom fighting group. The first few years, when the Eritrean GDP was scoring almost two-digits many observers were singing the praises of its leaders’ new vision. Isaias listed among the new breed of African leaders; hoping the lot of Africa would be positively changed after centuries of subjugation, exploitation and intractable conflicts, civil and otherwise.

Eritrea did not even celebrate its 10th anniversary of independence before it fell into intractable conflicts with its neighbors and disappearing its internal critics, including those who were suspected by association or even familial relationship. All what has been gained the first few years after independence was nullified by the border conflict with Ethiopia. There is no doubt that was a manufactured conflict which has put the young nation on “choke-hold” for the last 18 years. Every problem the nation is facing now is blamed to the unsettled boarder conflict.

The Eritrean government is gearing up to celebrate the 25th anniversary in May 2016 of the de facto independence in 1991. The government supporters are awaiting the celebration with enthusiastic anticipation as milestone in the Eritrea’s national history. The country emptying of its youth at an alarming rate of more than 3000/month crossing the border, the anticipated celebration is hollow with no moral significance; except counting the years of repressive system. Celebration of 25th or 50th anniversary of any sort has much deeper meaning than commemorating with pompous celebrations. It has a biblical origin of known as the “Year of Jubilee,” when slaves were freed, debt forgiven, prisoners forgiven, the land was left fallow, etc. Jubilee was the social and moral reset-button for a new beginning of a social and environmental order.

Contrary to the original meaning of “Year of Jubilee,” the government of Eritrea is using every available tool at its disposal; tightening the “choke-hold” denying the young nation air to breath. One of the strangling skim is the appropriation of peoples’ money with excuse of changing the Nakfa. Apparently, the changing of Nakfa could have meant a new beginning analogous to the Year of Jubilee but for the Eritrean regime, there is no new beginning that leads to freedom and liberty. Only a new trick of “choke-hold.”

Those of us who live in the USA, dollar bills are constantly changed known as “face-lift;” adding security features. Other than that, the currency is overhauled by proclamation. In the years I have been in America, the US Dollar bills had several face-lifts without disrupting the circulation system. Unfortunately, to the simple face-lift, the Eritrean government took radical and unprecedented steps; calling it the change of the Nakfa currency.  In reality, all what the Eritrean regime did was, a face-lift of the Nakfa. The face-lifted Nakfa bills could have been introduced in stages – one note at a time without disrupting the circulation or appropriating people’s money. The newly face-lifted Nakfa became a new billy-club in the hands of the regime to keep the Eritrean people on “choke-hold” gasping for air.