Egyptian police have detained at least 40 Eritrean refugees during peaceful demonstrations by the refugees in Cairo today. Our contacts say some of the police have already taken the UNHCR refugee papers of some of 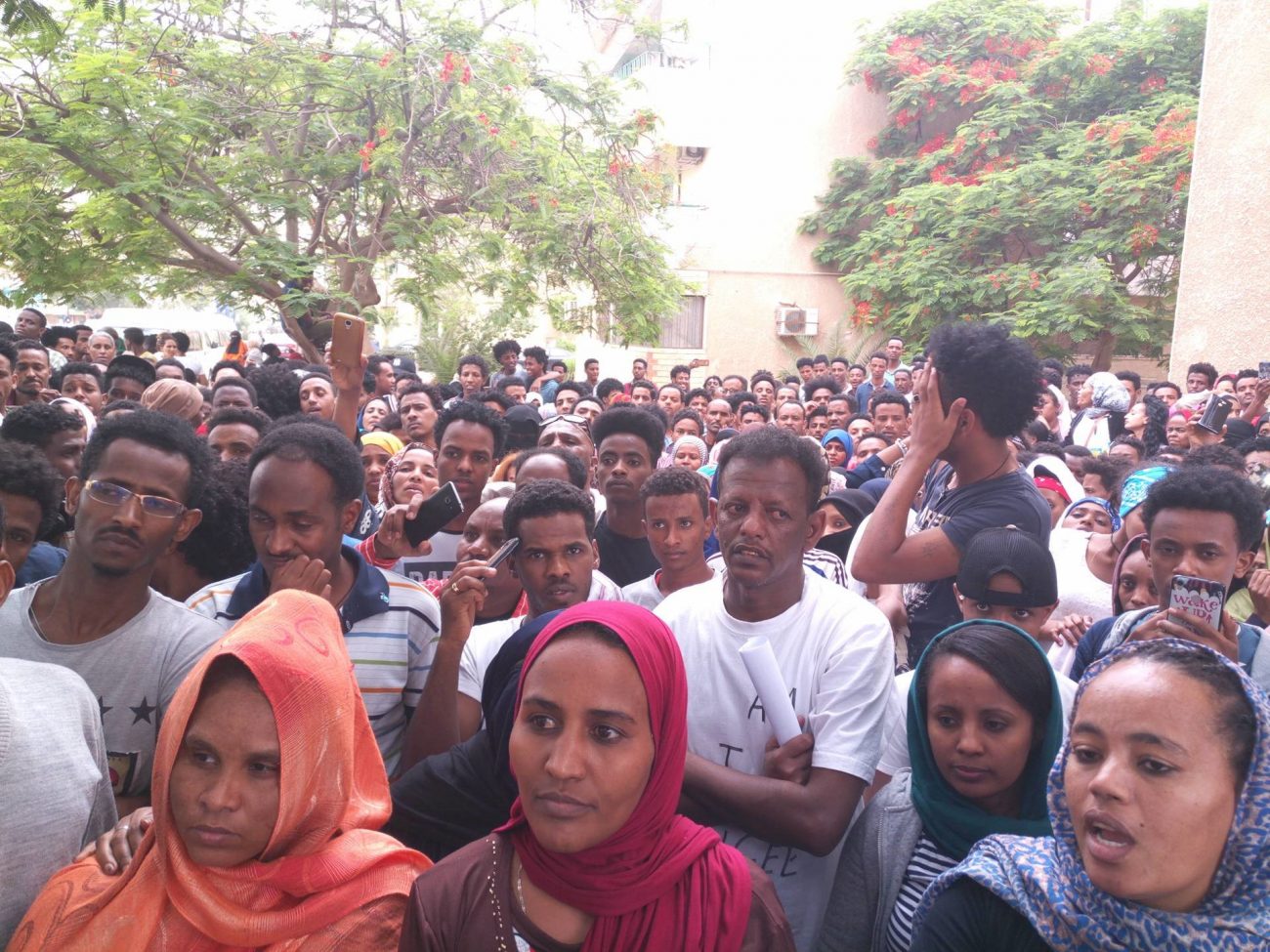 Egyptian police have detained at least 40 Eritrean refugees during peaceful demonstrations by the refugees in Cairo today. Our contacts say some of the police have already taken the UNHCR refugee papers of some of those they considered as organisers.

We fear that they might deport all or part of the demonstrators back to Eritrea. Most of those at the demonstration, including all members of the Eritrean Refugee Community which organised the demonstrations, are outspoken critics of the government in Eritrea. Anyone of the refugees would find their lives at risk if they were to be deported to Eritrea.

Their concerns are outlined in the letter below.

TO WHOM IT MAY CONCERN

for it’s not working according to its mandate. Nevertheless we have not got any positive response in improving the frustrating situation that we are passing

through; rather the office still remains persistent in defending itself with

meaningless justifications. To mention some from the many complaints that the

overall Processes and Procedures followed by the office and sometimes may be by the state which we’re not sure about:-

Eritrean Asylum seekers awaiting refugee status decision from UNHCR have stick in a limbo beyond limit which anyone can’t tolerate and has brought serious consequences for stability and wellbeing. (Delays to sit for RSD interview by receiving appointment extension SMS messages AND delays in receiving results when the Asylum seeker was lucky enough to sit for RSD). To mention some from the consequences:-

procedures are repetitive for many times, the risk of the Asylum seekers and refugees falling in danger is inevitable.

period time before they receive their results which is also main cause of frustration to many.

Caution: –  It’s not a mistery that most of the UNHCR office staffs are locals and it’s almost impossible for refugees or Asylum seekers to have direct access to contact and discuss their issues with the very insignificant number of the international staffs. And rejection to all our complaints is what to be expected from the National staffs may be thinking to protect the values of their society especially for cases related to protection. Therefore it’s high time to call the concerned bodies to investigate the matter as what extent these staffs had impacted all the burdens mentioned above to happen.

In conclusion, it’s worth mentioning Napoleon’s quote as once said “The world suffers a lot; Not because of the violence of bad people But because of the silence of good people”. The world in general and the UNHCR in particular may not be in a position to change the mind of the bad people and you may not be able to punish the perpetrators in anyways. But as a good entity or people, you have the ability to protect the victims by approaching

different practical strategies that really brings differences in the ground. We can

confidently and with tangible evidence accuse the UNHCR office for it’s not guaranteeing the fundamental human rights of Eritrean refugees and Asylum seekers.

Apart from the Articles that Egypt has made reservations in the 1951 Refugee convention which literally creates legal barriers that alienate the refugees and asylum seekers communities from getting fundamental aids and assistances, we are being exposed to multiple levels of harassments and violations regularly which violate the right of freedom of movement.

Since the dreadfulness of the lives of Eritrean refugees and Asylum seekers here in Egypt is not controversial, it’s worth reminding concerned bodies that the possibilities of evacuating these vulnerable refugees and Asylum seekers to other potential host countries where the basic human rights are respected seems inevitable and should be done shortly

instead of leaving us in a regretful and meaningless life. It’s in the hand of the UNHCR to make or break the future of ours and our children.