Djibouti says talks with Eritrea to depend on release of prisoners 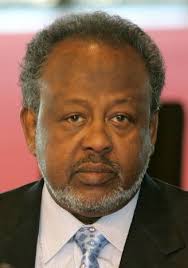 The president made the remarks during his meeting with Qatar Emir Tamin Bin Hamad Al Thani in Doha.

He reminded the Emir that the refusal by Eritrea to give information on the state of the imprisoned Djiboutian soldiers was a source of “unbearable pain for their families.”

The two men agreed on the “need to end the prevailing situation of no war and no peace between Djibouti and Eritrea.”

Guelleh used the opportunity to thank the Emir of Qatar for his tireless efforts in the mediation of the dispute between Djibouti and Eritrea.

In 2008, a territorial dispute caused a three-day armed conflict between Djibouti and Eritrea. Enditem